How to Survive an Alien Attack or Invasion

UFO sightings, crop circles, and other mysterious events have many people wondering whether aliens are watching us and whether they are friendly.

There is a growing fear of alien invasion and attack and many wonder what they should do if aliens do arrive on earth.

But there is no need to panic or worry. Preparing for an alien attack is just like preparing for other types of emergencies. You just need to put together a survival kit and an emergency plan.

In addition to those basic emergency preparations, you will also want weapons to protect yourself from the aliens and eventually a way to reclaim the planet.

So keep reading to get ready for any aliens and ease your mind by being prepared for an invasion. Knowing what to do is the best way to survive an unfriendly alien arrival.

Just like with any other type of emergency, you will want to have an emergency kit if an alien invasion did happen.

A basic emergency kit should be easily portable. You want something you can grab and go quickly. A 72 hour (3 day) supply is what is typically recommended.

You should include enough food and water for everyone in your household for 3 days. The food should be non-perishable. You should plan on 1 gallon of water per person per day. So 3 gallon total per person.

Other things to include in the survival kit are:

There are several other items that can be included in a survival kit. Go to the Red Cross' website to find out more about putting together a basic emergency kit and survival plan.

The Alien Invasion Survival Handbook: A Defense Manual For The Coming Extraterrestrial Apocalypse

Be prepared for an alien attack.

Escaping the Attack and a Survival Plan

Putting together an emergency plan now could save your life is something terrible like an alien attack ever were to happen.

You should sit down with your family and decide where you will meet in an emergency, how you will communicate, where your escape routes are, and so on.

Finding a good place to hide should be your first goal during an alien invasion. The aliens will more than likely begin attacking large population centers before moving on to less populated areas. So plan on heading for the wilderness. This is where maps of your area will come in handy.

If the alien invasion is more subtle (ex. the aliens are disguised among us), you will just have to do your best to get away based on what is happening. Hiding and getting away from large groups of other people (at least in the beginning) is still going to be your best bet in most circumstances of invasion.

Weapons to Defend Against Aliens

You will want some sort of weapon to defend yourself from the aliens in close contact situations. It is best to prepare a variety of weapons because you don't know what weapons will work against them.

The aliens may have force fields to protect from certain types of weapons. Or they may have hard, impenetrable skin or be made of jelly and immune to normal attacks. You never know what type of alien you might have to face.

So gathering lots of different weapons is a good idea. Knives, bows and arrows, and even sticks are good. Guns may be useful as a last resort, but they are loud. You may not want to start shooting every alien you see because it will alert others.

You can also try to use other unconventional weapons as well. Fire may work with some aliens. Water might even work. It could short circuit their technology. The scary thing about an alien attack is that you don't know what you are up against, so there really isn't a surefire way to prepare.

Unsophisticated tools may work better than technologically advanced weapons they could block. You will just have to study the aliens to find out their weaknesses and how to defend yourself. 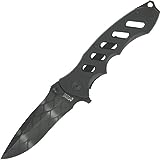 Fighting Back and Reclaiming the Planet

If you manage to survive the initial attack, you and the other remaining humans will eventually want to fight back to reclaim the earth.

There is no way to know how to do this until you know what kind of alien you are facing. You will have to work together with the other humans to protect each other and take down the aliens.

In alien stories it is often something small that takes the aliens down. A virus or a single person getting on board their craft or one of the aliens' slaves attacking from within. They will be prepared for large scale attacks, so small maneuvers are probably the best defense. Look at the details as well as the big picture and we humans may have a chance.

So good luck preparing for a possible alien apocalypse and hopefully you will survive to retake our planet.

Do you think an alien invasion is likely?