I was first introduced to Buteyko breathing around 1 year ago by a couple of health nut naturalists who would go to every health seminar going around.

The aim of the buteyko breathing method is to reduce our reliance on modern medicines and technology and teach our bodies to use oxygen and the simple act of breathing to overcome a range of conditions.

Buteyko breathing can go quite extreme and they even recommend taping your mouth closed at night to avoid mouth breathing but make sure it's a non toxic tape or sleeping eye patch type device would be a good alternative. 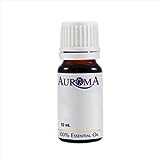 The first thing to remember when practicing Buteyko style breathing is to breath in a very controlled and shallow manner don't suck in that air like your last breath, it should be a gentle rythm of breathing in and out.

Keep your mouth closed at all times and only use your nose to breath. It may be hard if you have a blocked nose but it should eventually clear once you start the breathing technique.

Buteyko breathing requires that you breath into your diaphragm (stomach) and not your chest. In fact some may notice buteyko is similar to some meditation style breathing techniques. When breathing check to make sure your diaphragm inflates and deflates in a controlled manner and your chest remains still.

When breathing ensure you breath in a very shallow manner so if you help a blade of grass under your nose it would barely move. This shallow controlled breathing also applies for the breathing in part.

Sit in an upright position and shallow breath for around 2 - 3 minutes, also remember to breath in fully and do not do partial inhales.

After the 2-3 minute peroid when you get to the exhaling part of your breathing , pinch your nose closed and pause your breathing until you feel the urge to breath. For beginners this may be as quick as a few seconds but your aim as your progress is to be able to hold your breath for around a minute.

After holding your breath for a comfortable amount of time , unpinch your nose and resist the urge to draw in a big breath of air instead continue with the shallow breathing technique. It is hard at first and if you find it difficult you may have held your breath for too long.

note: The pinching of those nose after exhaling breath is a key to buteyko breathing as it builds up carbon dioxide in your body which races around trying to find a way out and will help to clear up air passages and improve blood flow. By practicing shallow breathing we trap more of this C02 and this allows for much easier breathing.

It is recommended to practice these steps until you reach around 5-10 minutes of breathing time.

There you have it for buteyko breathing so whenever you feel affected by hayfever , having trouble with your asthma or anxiety attacks you can give it a go and get some relief by controlling your breathing.

And for anyone who has hayfever related breathing problems there is a simple technique to get some relief. When having a shower put the temperature on a comfortable warm heat and after a few minutes turn of the hot water completely and turn on cold full blast. It will clear you up very quickly :)