Why does insomnia afflict so many?

Insomnia...I've seen some great suggestions for dealing with it including drinking warm milk or herbal tea, providing yourself with a very relaxing atmosphere in the bedroom, taking relaxing baths before bed, and so on. All of these things worked for me...at one time. The cold hard fact about insomnia - or, more accurately, hyposomnia which is "too little sleep" as opposed to "no sleep" - is that it is a very disruptive disorder that can cause untold problems in work and daily life.

How my life experience has led me to nocturnals

As always, let me start with a bit of my own experience. For my entire life I have been unable to sleep restfully at night. That's right, even as a small child I simply could not bed down and go to sleep and stay that way at night (you can probably imagine I was quite a headache for my mother) and to this day no matter how much I try I can not sleep restfully until sunrise. Every relaxation tip in the world is something I have tried and each one worked for a week or two before throwing me back into the world of sleeplessness.

Think you have something more than insomnia? It may still be healthy

The Body Clock Guide to Better Health: How to Use your Body's Natural Clock to Fight Illness and Achieve Maximum Health
Great health -- both mental and physical -- isn't about conforming to society's clock, but in learning how to work with your own internal clock for optimal function.
Buy Now

Because of a pre-existing serious depressive disorder I am not able to take any of the chemical sleep aids available on the market, relaxation tips don't work, so then what? We'll try forcing a "normal" schedule. At first I did not force my bedtime but rather made myself wake up and be active (as opposed to waking up and sitting around) at 6:00 every morning. The first night...great! Asleep at 11:00 and up at 6:00, not bad for a first try. The second night, asleep at 12:15....and awake again at 12:38...sleep came back as the sun rose around 4:30 and I rose at 6:00. I insisted on this 6:00 waking time for more than two months, two months in which I just got more and more drug out as I functioned on no more than four hours and often less than two hours' sleep each night.

With three kids in single digits running around the house, there's only so much my body and mind can take and only so much resolve before I turn back to my own schedule as depicted by my internal clock. If allowed to sleep as I wish, I will fall asleep around 4:00 or 4:30 every morning and be fully alert and rested by 10:00. Wow, that doesn't seem normal, does it? I very rarely have the chance for naps and generally can't settle down in the middle of the day even if I do have the chance so how do I feel so good on six hours or less of sleep? Add to that one strange little fact...the symptoms of my bipolar disorder are much less severe when I've kept this strange schedule. When I go for a late-night walk before my sunrise bedtime I feel downright happy. Sounds too strange to be true, right?

And, voila, I'm not the first person with this nocturnal human theory

About a year ago I was working on my beading in front of the TV casually soaking in all the information the Discovery channel threw at me when a documentary came on that nearly made me forget about my beading; it was about a family who had two people who kept normal schedules of sleeping at night and being awake during the day...and two who had to deal with the realities of this severe form of hyposomnia until they simply adhered to nocturnal schedules. Then the Discovery channel took it one step further with studies about nocturnal humans.

A look at the importance of the brain's internal clock, and "atypical" circadian rhythms

Nocturnal humans? This is the first I'd heard about the possibility of there being such a thing as a truly nocturnal human. I started to think about it and do some research...research that states that an estimated 60 million people in the US alone suffer from severe hyposomnia and/or give in to a nocturnal schedule dictated by their internal processes. It started making sense.

Why would the human species need nocturnals?

Whether we believe in evolution or not, it is proven that all species adapt to their needs because if those needs are not met the species suffers. Once upon a time, the human species required some people to be up all night to guard the helpless sleepers and, eventually, to tend campfires and such as well. Nocturnals would have to be able to function efficiently on very little sleep in societies where all members had to work together at some point such as in the case of nomadic tribes who had to move frequently...a fascinating explanation for how I can feel so good on so little sleep.

Thinking about it -- today, there is still a huge need for nocturnal people. Police must be on duty all night, there are some jobs best done at night when crowds and the heat of the day are not in the way, and so on. Unfortunately these overnight jobs are often not filled by true nocturnals, possibly because so many people don't know they exist or there just aren't any available or...who knows? It is interesting to note, though, that a true nocturnal could have a job that keeps them out all night, come home and sleep soundly for five hours and be ready to do housework and play with the kids.

Can't quite get by on what your circadian rhythm demands? Melatonin may help 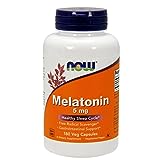 NOW Supplements, Melatonin 5 mg, Free Radical Scavenger*, Healthy Sleep Cycle*, 180 Veg Capsules
Melatonin works to "re-set" your internal clock to conform to different sleep patterns. Discuss it with your doctor if you have had issues with depression, but it might just help you be awake and alert for your diurnal life schedule.
Buy Now

What does the idea of nocturnal humans say about sleep disorders?

How many of these 60 million people in the US are true nocturnals? I have no idea. Similarly, I have no idea if such a classification really exists outside of speculation and wishful thinking (not to mention the vast archives of the internet), but I do know that I and others I have met fit the bill perfectly and it just makes sense. The classification that does exist is something called Circadian Rhythm Sleep Disorder which is basically a "disorder" that causes an otherwise normal person to sleep and wake at times not normal for the rest of society. It is my own opinion that just maybe it is too easy to stamp "disorder" on this behavior rather than acknowledge that it may actually be a normal part of being human.

Coping with being a nocturnal human

Unfortunately, a problem arises in that the majority of the human population is not nocturnal. It may not always be possible for a nocturnal person to follow their desired schedule as their parents, spouses and children lead a normal sunlit life. It is my own experiences and the observation of others that prefer to keep the same schedule as mine that has prompted further investigation into causes and coping skills. Just maybe, the answer for many hyposomniacs is just to go to sleep when you can and wake up when you can.

It only took a couple of weeks of adhering to the demands of my internal clock to discover this strange schedule and personal experimentation has shown that no matter how tired I am (I have kept myself awake for over 48 hours in an attempt to force sleep at a specific time) I will not sleep soundly, if at all, until 4:00 or 4:30. That said, I will sleep a solid six hours, rise refreshed at 10:00, feel pretty much depression-free and be able to exercise, clean house, and do my work with no problem.

If so many people are operating outside their internal clock, what about you?

How do you feel your internal clock compares to that of the "normal" diurnal world?

Is there a way to cope for true nocturnals who don't have the option of abiding by the schedule their body desires? I don't know. My own experience would say probably not, as years of trying to force a daytime schedule and using all the coping methods suggested have returned absolutely no results except to further deprive me of sleep. Perhaps some chemical sleep aids will work for some, perhaps some will be more successful at employing skills to force sleep, but for the rest of us it can be a very long and lonely road unless we find a way to simply acknowledge these tendencies as a society and let nocturnal people live as their bodies insist they should.

What do you think, can humans be naturally nocturnal? Please leave a comment below with your take on the subject, I'd love to see everyone's views. Thank you for your time, and I hope this hub has been helpful.