Hypnagogia: What Is It And How To Induce The Hypnagogic State - With Pictures

You're probably wondering why this is under the health section and not some sort of religion and philosphy thing. This is because hypnagogia is a very real state that the human mind can go through under certain conditions, and there have been multiple studies on the hypnagogic state and its effects on the human brain.

But why would you want to experience it? Well, it can be one great ride if you can achieve it!

Hypnagogia is the transitional state your mind can experience, essentially a different state of consciousness, which occurs during the onset of sleep. In more general terms, its when your mind sits at the frontier between wakefulness and sleep without actually falling asleep, which allows you to experience dream-like feelings while completely (or mostly) lucid. Kind of like a light form of lucid dreaming.

Also called "borderland-state" and "presomnal phase", hypnagogia opens a whole new world of experiences which can be achieved from the comfort of one's bed.

Hypnagogia allows your to experience sensations you'd likely only experience during a dream or an euphoric episode, while still mostly lucid and thus completely capable of recalling them. It is related but different from lucid dreaming, which is when you are actually truly dreaming (and sleeping) but conscious of your condition, which allows you to not only recall the dream in full detail when you wake up, but also to manipulate the dream as you please. Its your dream after all.

Hypnagogia involves the seeing of dream like imagery. Things such as form-constants and speckles of light are commonly reported, but more complex images can also be seen. Some people report images and the feeling associated with "moving through a tunnel of light".

Some people have reported something that is defined today as "the tetris effect", called this way because the static images start moving around in random patterns, sometimes melding with eachother, like the blocks in the game Tetris.

The effects are not only visual, either. It is also possible to experience tactile sensations, and these are usually related to an activity the person has performed a lot during the day. A person who typed a lot will likely experience something akin to the touch of the keys of a keyboard, for example.

Sounds are also a commonly reported effect of the hypnagogic effect, voices being the most common. These voices are often unintelligible, and never actually seem to make much sense. Sometimes the feeling of voices can be so real that a person might willingly wake up to check if someone is calling for them. Music can be sometimes heard as well. These sounds can either be faint or surprisingly loud, as experiences akin to those felt by people who suffer from exploding head syndrome have been reported. 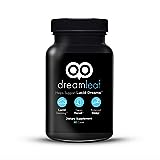 Non-malignant sleep paralysis is also something that can happen during the hypnagogic state, often accompanied by buzzing, roaring or hissing noises. Inability to move or act in general can happen when REM (rapid eye movement) sleep kicks in while the person still retains wakefulness. For people who aren't expecting this, the experience can be slightly traumatic, specially if said person is already scared due to visions or audible hallucinations, but the paralysis usually only lasts for a few seconds after the person notices it and tries to move.

Additional sensations can also be experienced, such as feelings of tingling and internal vibration, which can be localized or spread across the entire body, During this "vibrational state", strong emotions can be felt. Some people can experience a strong bout of fear, but others reports feelings of euphoria and even orgasm. This state is often described as the real cause behind supposedly paranormal events such as alien abductions, possessions, etc.

Several other sensations can also occur during this state, such as "out of body" experiences, formication (the feeling of ants moving over your body" and the sensation of falling on your bed suddenly, known as the hypnic jerk, which many people experience at least a few times during their lives.

Through recent history, hypnagogia had an important role in the development of many important theories, ideas and discoveries. One of the most notorious examples is the case of August Kekulé, the German chemist, who said to have finally understood the fact that the molecule of benzene is a closed ring after witnessing an ouroboros type vision during hypnagogia.

Among other great figures who attributed the hypnagogic state as a great source of inspiration are Salvador Dalí, who said he'd often come up with ideas for new paintings during the onset of sleep, Nikola Tesla, the above pictured Sir Isaac Newton, and Thomas Edison.

Edison in particular is important because he apparently developed a method for reliably achieving the hypnagogic state. Edison would sit alone in the darkness of his laboratory, holding a pair of steel balls, one in each hand, while sitting in a comfortable chair. Edison would allow himself to fall asleep whole holding the balls, which due to their shape and weight, would fall to the floor as soon as he fell asleep, making a lot of noise and thus waking him back up. After doing this a few times he'd have vivid hypnagogic experiences.

How To Achieve The Hypnagogic State?

Now, there are many methods online for achieving hypnagogia, and its up to you to find the method that works best for you. Every person has its own mind and body, with its own tendencies, likes and dislikes. Something that works great for a certain person might not work at all for you.

One method I personally use and that so far has worked well for me is a method of my own creation, derived from the method Thomas Edison supposedly used described above.

Here's a step by step guide, to make things easier to follow:

Now, its important that you stay as calm as possible during this. Agitation will just cause you to wake up again. If you experience sleep paralysis, just ignore it and it'll go away, but try to not move your body at all. If you start hearing voices, such as people calling your name in the distance, just ignore it, as such things are common. If you pay attention to the voices and try to turn your head to see where its coming from, you'll just wake up completely and ruin your experience.

Enjoy it! Your mind is, well, yours, so its only fair that you enjoy every little bit of it. The experience usually lasts a few minutes, and then you'll just go to sleep and probably drop the object again, waking you up. Once you're satisfied, just go to sleep for real. Remember, hypnagogia is cool and all, but it should never take the place of normal sleep.

Here's Another Method You Can Try

Its really important that you do not attempt this if you are afraid or expecting to have a bad time. Hypnagogia is a physiological and psychological state that has visible, audible, tactile and emotional effects, and can thus traumatized a person that enters it with the wrong mindset.

This essentially means that, if you enter hypnagogia expecting to see ghosts, well, you will likely see, hear and feel a ghost created by your mind.

As such, try to think of hypnagogia as an opportunity to learn more about yourself, as an adventure of sorts. I know people, including myself, who had great experiences during the hypnagogic state. Of course, this doesn't mean you'll have tons of fun on your first try, or even that it'll work, but once you get it, it'll be a thing worth remembering.

If You Liked This Hub, Make Sure To Check My Other Hubs

Learn how to tell if your precious pet is in pain!

Or learn some supposedly new technologies that don't actualy make much sense at all!

Or browse through some very creepy and disturbing websites!

Have you ever experienced the hypnagogic state? If not, would you like to?