Herbs and spices have been used in cooking for ages, but the usefulness of these are not restricted to just their culinary use. Ten Indian spices - Goodness in the kitchen is intended to bring out natural healing properties of these spices and also the place of a spice in a culture.

Turmeric is one of the most popular spices used in Indian household, it is considered to be sacred and a powerful healer. Turmeric may have first been used first as a dye for clothes and a coloring agent for foods, before its properties of healing came to be known. It is known for its anti-inflammatory properties, recent research has revealed that it is worth it weight in gold. The active ingredient curcumin, in turmeric is found to prevent cancer.

The healing properties of turmeric

As children when we were hurt or bruised our Grand mamas used to apply turmeric on the wounds and with a kiss it could be forgotten. Coughs and cold are never a major issue with Indians, a good pinch of turmeric in milk and it is taken care of. Hindu women use is as a toiletry, during bath.

Turmeric is a natural antiseptic and antibacterial agent, used in disinfecting cuts and burns. It is also an anti-inflammatory agent.

It is a part of our daily diet, all vegetables and curries have a pinch of haldi or turmeric in it.

Meat and fish is soaked for fifteen minutes to half an hour in a solution of turmeric and water to remove the strong smell from them and also to disarm any parasite or bacteria that may be lurking around.

Tulsi or sacred basil is worshiped in Hindu households. You would find a tulsi plant right in front of the house in pots or specially designed structures which decorated with turmeric and Kumkum or red powder.

It is an anti-inflammatory and helps in warding off throat, chest and lungs infections. It soothes and heals the entire respiratory tract.

It is a good antioxidant and improves immunity.

Tulsi it also considered to be a natural cleanse for toxins and pollutants in the environmental. It is used in body cleanses and soaps for the purpose. The leaves are seeped in bathwater along with neem leaves as they are anti bacterial and good for all types of skin.They help in treating symptoms of allergic reactions.

Take a cup of water add a handful of tulsi leaves, a few pepper corns, a piece of dry ginger boil and reduced it to half a cup, to this add a spoon of honey and your cold and cough medicine is ready.

This spice brought Europe to India, known as the 'King of all spices' and with reason. Pepper is harvested from the berries of the pepper vine.
The black pepper is the dried berry, whereas the white pepper is the seed after the skin is removed. It flavors a variety of dishes from soups to the main courses. Pepper bunches are picked when green or just before it ripens and pickled in vinegar and salt.

It is considered to have antiseptic and anti-inflammatory properties.

Cold and cough or respiratory infections are always treated with an infusion of pepper, tulsi or sacred basil, dried ginger, water and honey is added to it.

The Mulagwatany soup is the other name for rasam or pepper water made with tomatoes and garlic, pepper, cumin, tamarind water and coriander leaves, is an Indian specialty served as an appetizer, digestive or even like a cough syrup in most south Indian homes.

Cardamom is an aromatic spice,is also known as the ‘queen of spices’. It is used as a flavoring agent in cooking. They are indigenous to South India. It is used in almost all Indian sweet dishes and the very mention of it brings festivals to the mind. Often tea in the evening is made with a couple of cardamoms tossed into the boiling water; this is also offered after a heavy meal to aid digestion. The soothing smell and aroma adds zing to the dishes.

It is a carminative, and is considered to have stimulant and vitalizing properties.

Used as a remedy for colic and digestive problems, considered as a detoxification agent.

It is used as an ingredient in paans, as a mouth freshener.

Cloves are the dried flower buds of the clove tree, the very mention of cloves brings another association, grandmas always take out that little bottle of clove oil to relieve any tooth ache. Cloves are not only a popular ingredient in cooking, its health benefits have been known for centuries.

Chew cloves to get rid of bad breath, or sore throat.

Cloves are stimulating and have antibacterial, antiviral, antifungal and antiseptic properties.

Clove oil helps improve blood circulation and can stimulate the skin when applied directly to it, used in cellulitis topically.

In Kerala southern India where most of these spices are grown, cumin is always added to water and boiled, this boiled and cooled water is what is drunk all day long. This is considered to improve digestion, reduce flatulence, improve appetite and used as a body cooler in hot climates. It is a part of all Indian spice powders or masalas and is used widely in all dishes.

It is an anti inflammatory agent reduces superficial inflammation and pain.

It has carminative properties.

It is considered to purify blood

Cumin seeds because of its anti inflammatory are used to reduce inflammation of uterus in women.

It is highly regarded for its galactogog properties, or increasing of milk production in lactating mothers.

These fragrant little seeds are popular in Indian household. It is a common in India to chew fennel seeds after a meal. These are slightly roasted or coated with sugar which is more appealing to small children.

Fennel is high in fiber and acts as roughage, mouth freshener, and as anti-flatulent.

Fennel is used to get rid of bad breath.

It balances the acid in stomach, relieves flatulence and for this property it is used in preparations of antacid.

Due to its carminative properties it relieves colic and facilitates digestion.

It also helps reduces inflammation in intestines and aids proper absorption of nutrients from the food. It is an appetizer too. 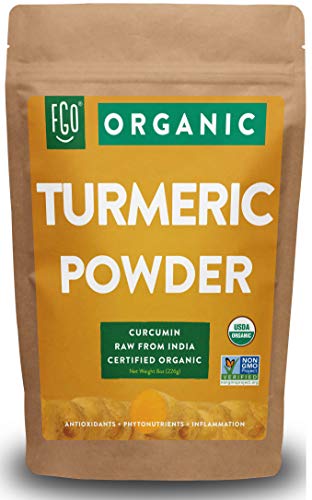 Ginger, this root is an ingredient in every non vegetarian dish that is ever cooked. A paste of ginger and garlic will be found in every home where meat is consumed.

The juice of lemons and ginger is combined with sugar syrup and stored in the fridge; is a ready remedy for any problems of digestion. Sweets or bufri as we call it, a kind of candied ginger combined with spices are eaten after meals to aid digestion, to treat nausea or motion sickness. Tea with a freshly pounded ( roughly) piece of ginger is another favorite in Indian household after lunch, in winter or when some one is down with cold cough or respiratory conditions.

Dried and processed ginger is widely used in concoctions to relieve cold and fever.

Ginger has anti-inflammatory properties and is a powerful natural analgesic or painkiller.

Ginger may now be a part of cancer treatment; studies have now shown that it slows the growth of cancer cells.

This strong smelling herb, a great antioxidant, is another important ingredient in Indian cooking. It is a wonder herb as it is used in curing almost all diseases from common cold to plague. When we were children grandma used to make us put our feet in a bucket of warm water to which is added a hand full of coarsely bruised garlic pods. This was the wonder treatment for the common cold and we were back to school the next day!

Garlic is considered to have antibacterial, antiviral, antifungal and antiseptic properties.

Chewing a pod of garlic in the morning has found to be a great cholesterol fighter, it stinks, but works alright.

A glass of milk with a few garlic pods boiled and reduced to half is given to children as a remedy for colic, or flatulence or indigestion.

Marinate a leg of lamb with ginger, garlic paste, juice of a lemon, salt some chopped mint, powder of fennel, cumin , cloves, cinnamon, nutmeg pepper and coriander seeds for an a few hours, wrap in aluminum foil and grill or barbecue it on until tender, you would never forget the fragrance and the taste.

To make the powder take a teaspoon full of all other spices, 2 tablespoons of coriander seeds and nutmeg just a quarterof it , pound and keep in air tight box

Cinnamon is used in every non vegetarian dish, the spice powder mentioned is made and kept in every household and sprinkled on every spicy dish before it is taken off the fire. It has been used in medicines as a memory enhancer.

This bark is used to control weight gain and for relieving problems of digestion, flatulence heartburn etc.

Cinnamon reduces cholesterol and reduces the risk of heart disease, it is even considered to reduce and revitalize the veins and arteries that are blocked by plaque. It has an anti-clotting effect on the blood.

It is said to be helpful in condition like arthritis.

Several studies suggest that cinnamon may have a regulatory effect on blood sugar.

When added to food, it inhibits bacterial growth and food spoilage, making it a natural food preservative.

Cinnamon is said to destroys the germs in the bladder, because of its antibacterial properties.

A word of caution although these spices are wonderful healers in their own right, moderation needs to be exercised in the use of some spices, some spices have side effects if used excess. A balance is required in anything and so too in food.