A new way to predict the onset of type II diabetes.

What is Insulin Resistance?

You may not have Diabetes type II but you may have a silent condition called Insulin Resistance which is now found to be the leading cause of the onset of diabetes and many other diseases.

A silent condition and predecessor for type II diabetes, CHD, hypertension and dysplidemia.

Since 1969 the matter of Insulin Resistance (IR) has gained attention. Due to a defect in the PI3K insulin signaling pathway the reduction in insulin sensitivity has since been used as a hypothesis for the cause of an numerous of physiological diseases. When euglycemia is maintained as a consequence of hyperinsulinemia this compensatory mechanism stresses the pancreatic cells. Diverse mechanisms can result in the failure of cells to respond adequately to regular levels of insulin and these are observed in skeletal muscle, adipose tissue and the liver. What are the major causative mechanisms proposed? Insulin resistance is pathway selective (eg. skeletal muscle, the liver and adipose tissue). It occurs when insulin does not regulate glucose uptake and secretion effectively. Additionally, suppression of lipolysis in adipose tissue is disrupted. As mentioned previously the major causative defect for insulin resistance occurs in the PI3K insulin- signaling pathway and is associated with lipid accumulation, mitochondrial malfunction, inflammation and hyperinsulinemia. When plasma non- esterified fatty acids (NEFA) levels are maintained at too high a level in the blood stream insulin’s routine role is prohibited. This could explain the link between obesity and insulin resistance (eg. Liver).

Hyperinsulinemia occurs when insulin resistant individuals are unable to secrete enough insulin to compensate for the defect in insulin action, and this was the first clinical syndrome identified as being related to insulin resistance.

Numerous studies have shown an association between insulin resistance and systemic inflammatory markers such as CRP, PAI-1 and fibrinogen.

BUT WHAT’S THE IMPORTANCE?

There have been several studies supporting a link between Insulin resistance and cardiovascular disease, dysplidemia, hypertensionand type II diabetes therefore attention to this issue is critical. Individuals with impaired glucose tolerance are twice as likely to respond to a glucose intake challenge with a higher blood pressure than those who have a normal glucose-tolerance.

As the body attempts to reach euglycemia the pancreas β-cells are driven into an unpaid overtime. Subsequently, the β-cells inevitably develop defects and hyperinsulinemia is no longer an option. This triggers the onset of type II diabetes3. Studies show that the metabolic changes that occur when the pancreas β-cells secretory function is compromised there is an increased chance of Coronary Heart Disease (CHD). Risk factors for CHD include abnormal levelsof Very Low Density Lipoprotein (VLDL), which is evident in insulin resistant individuals.

There is evidence to support the theory that insulin resistance causes dysplidemia. Resistance to insulin stimulated glucose uptake causes a compensatory increase in plasma insulin concentration, which leads to enhance hepatic VLDL triglyceride secretion and hypertriglyceridemia, as insulin no longer serves to suppress VLDL-TG in an insulin resistant individual.

Another reason for urgency is that there has not yet been development of a reasonable and effective clinical measure. There are methods in place, which can infer possibilities not draw firm conclusions. The euglycemic clamp is currently said to be the “Gold standard” and is theoretically effective on an individual basis; however, the issue lies in the insulin being from an external source and the body reacting differently to intravenously infused glucose. This test is impractical for large-scale use.

While we know weight loss is a treatment, the issue lies within maintenance. Instead of complying with a hypo caloric diet for a short period and reverting to their regular diet the individual needs an easy to follow diet. They can do this with intermittent calorie restriction or low carbohydrate content. As glucose intake is what stimulates insulin it would be effective to restrict high glucose foods (Carbohydrates) and alter their energy source to fats. A slight increase in carbohydrate intake can alter glucose, lipid and insulin homeostasis (10%> daily). Aerobic exercise causes a drop in blood pressure, which then subsequently reduces blood insulin plasma levels. Thiazolidinediones as a medical treatment to reduce the effects of NEFA’s in the bloodstream.

Why is this an issue?

Insulin resistance has been talked about for a long time but has only sprung much debate recently. Scientists are becoming more and more aware of the symptoms and therefore discovering possible causes. The best part about this is that once we are able to put a finger on who has it we will be able to jump in early and prevent further illness.

I would recommend exercise and alternating high carbohydrate to low carbohydrate diets if you think you could be at risk. There is no harm in healthy sustained weight loss and regular excercise so if as a society we become fitter and healthier we just may find that diabetes type II and insulin resistant patients decrease.

If you would like to do further reading you can use Pubmed as a good reliable source of journal articles and research studies.

I am happy to hand over all research articles I have personally found and used for my own research. There are also many youtube videos explaining Insulin Resistance in simpler terms.

I hope this was able to help you and feel free to contact me with any questions regarding the issue.

Has a hypo-caloric diet worked for you? 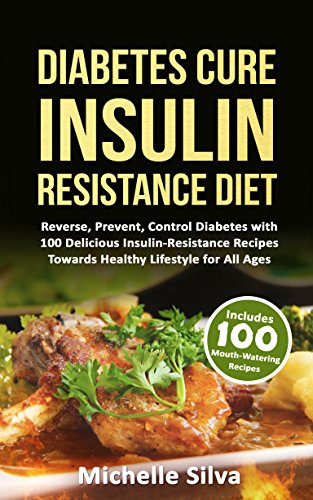