Shingles is an infection of the human nervous system, affecting the skin surrounding the nerve endings. It shares a common cause with chicken pox; namely the varicella zoster virus.

More commonly found in children and young adults, Shingles' medical name is Herpes Zoster. It is a skin condition that manifests itself in painful blistering and a rash over a limited area of the body. Crucially, Shingles is only suffered by people who have already had chicken pox; once the pox is cured by the body's immune system, the varicella zoster virus remains within the body and in some people can go on to cause Herpes Zoster. The outbreak of shingles can be many years after the original case of chicken pox, because the virus can lay dormant in the nerve cells until reawakened and transferred to neighbouring cells, creating an outbreak of shingles. The precise mechanism through which the Herpes Zoster virus can be reawakened in some people is not yet fully understood by medical science, however stress and an immune system weakened by other illness are both thought to contribute.

So is it Contagious?

Is Shingles contagious? Since it can only occur in people who have already had chicken pox, shingles is not directly contagious. However it is possible for someone who has not already had chicken pox to contract it from a sufferer of shingles. The shingles rash itself is contagious in this manner and should be dressed so as to avoid passing the illness on. Other ways to avoid passing shingles on are not to share bedding or towels, use a swimming pool or take part in contact sports. People who have chicken pox, or those coming into contact with people who have chicken pox, should use hand sanitizer whenever possible so as to minimise the risk of passing on the illness. 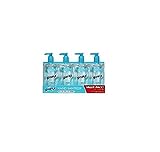