Do Chemical Fertilizers Cause Cancer?

Can Fertilizers Raise Your Cancer Risk?

Dr. Jozsef Beres was a Hungarian scientist who noticed a disturbing trend with cancer rates in his native country.

This disease was relatively rare before World War II. But after the war ended, the incidence shot up. Cancer became the second-leading cause of death in the Eastern European nation.

Clearly, something had happened in the span of a few short years. Dr. Beres knew it couldn't possibly be genetic. So it had to be caused by the environment.

But what was causing it?

His first clue came while working with sick potatoes. The tubers were infected with a virus spread by a small insect. The insects flew from field to field in one small village. But not all farmers lost their crops.

Only the ones who used the chemical fertilizers that had recently come onto the market suffered from the blight. The farmers who still relied upon manure and compost had a bountiful harvest.

Dr. Beres theorized that the fertilizers created an imbalance in the natural terrain, which made the potatoes more susceptible to disease. An excess of phosphorus, nitrogen and potassium, created by these new crop-growing practices, resulted in a reduction of minerals needed to maintain health.

He observed the same principle with chickens and eggs. Chickens cooped up and fed commercial food, grown with chemical fertilizers, produced eggs that contained nearly three times less zinc than eggs laid by free-range hens, which roamed the pasture and found food from natural sources.

Is Modern Farming Partly to Blame? 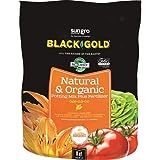 The Importance of Minerals

Dr. Beres spent three decades researching the relationship between cancer rates and poor soil conditions. His findings led him to conclude that cancer occurred at a disproportionate rate when people ate produce grown in soil that contains too much phosphorus, potassium and nitrogen, the ingredients bought by farmers to make crops grow bigger and faster.

Living near farmland is also a health hazard, according to Dr. Beres. Alarming concentrations of these chemicals leached from the fields and into the local water supply. He noticed that 80 percent of cancer cases arose from areas where chemicals were introduced and soil was depleted.

Artificial fertilizers, he noted, directly affected soil quality. Because all living organisms strive to maintain a balance, plants grown in unnatural conditions pull excess micro-nutrients from the soil. Subsequent crops grown in the same field won't have enough of these elements and minerals needed for optimum health.

Chemical fertilizers have now been used throughout the world for several generations. Fortunately, though, it's now easy to find natural organic fertilizers.

What Do You Know About Beres Drops?

Have You Ever Heard of Beres Drops?

A New Way of Thinking About Cancer

The Results of Human Studies

As he continued researching the relationship between commercial food crops and cancer, Dr. Beres studied cancer cells in a laboratory setting. By replacing the essential elements and minerals needed by the human body, he observed cancer cells stop growing.

Next, he developed a formula for human consumption. This was known in Hungary and throughout Europe as "Beres Drops." During the 1970s. Dr. Beres conducted a study with 235 volunteers. All of them had incurable cancer.

After taking the prescribed number of drops for one year, one-quarters of these patients were cured. Out of the entire group, a little more than 50 percent had dramatic shrinkage of their tumors.

The drops caused no adverse side effects. Better yet, many of the patients reported less fatigue and increased vigor. A number of people did die during the course of his study, but, in many cases, this wasn't because of cancer. Some succumbed to heart failure or infections. Others, though, had such aggressive cancers that even the drops couldn't help.

Since end-stage cancer can be painful, Dr. Beres noticed something else. The drops were more effective than morphine in relieving discomfort.

The Persecution of Dr. Beres

Dr. Beres suffered much the same fate as other cancer researchers in the Western World. His ideas were discounted and ridiculed by the Hungarian medical establishment.

His formula to restore the body's mineral supply was developed in 1972, but within just a couple of years, he was under criminal investigation for alleged quackery. So it wasn't until 1978 that he was allowed to market his product, now known as Beres Drops Plus.

Despite the fact he was subject to a criminal complaint, he distributed his product to hundreds of thousands of sick Hungarians, free of charge.

Beres Drops Plus are now manufactured by Beres Pharmaceuticals Ltd. and are sold throughout Europe and elsewhere. They've been safely taken by millions of people for decades. There is one caveat on the company website. People with allergies to metals are advised to not take Beres Drops, as some of the essential minerals they contain are metallic.

The Life of Dr. Jozsef Beres

A "Dietary Supplement" that Was Once a Cancer Treatment

Beres Drops Plus are sold in some health food stores, as well as on Amazon. They are marketed as a "dietary supplement," but, at one time, they were used as a cancer treatment.

Based on Dr. Beres' findings, the drops appeared to work better on some types of cancers than on others. Cancers in parts of the body with a rich blood supply, such as breast cancers, as well as male and female reproductive malignancies, responded very well to this mineral treatment. He also observed some patients with brain tumors and melanomas regain their health after taking his formula. Leukemia, a cancer of the blood cells, would often be cured after patients took the drops, according to the results of his 1970s study.

Tumors that had invaded the bone, however, didn't tend to regress with the drops.

Dr. Beres, who died in 2006, believed the formula also held great promise in the treatment of other serious conditions, such as multiple sclerosis and epilepsy.

Because the Beres drops didn't always help those with advanced cancers, he advocated using them in very early cases, or to prevent tumors from forming in the first place.

The Case for Organic Food

He was a man ahead of his time.Recent research also demonstrates that organically grown food is more nutritious than fruits and vegetables harvested with chemicals.

According to a 2010 compilation of studies, published in the Alternative Medical Review, organic produce had significantly higher levels of Vitamin C, as well as other anti-oxidants, than comparable items grown in chemically fertilized soil.