How to Get Rid of Bumps on Arms

Why there are bumps on arms and thighs

Have you ever wondered what those skin bumps on your arms or thighs were? Or why no amount of scrubbing would remove them? Keratosis pilaris is a condition that affects over 80% of the population in the world. It is often referred to as "chicken skin," because of the red, distinct skin bumps on the arms and thighs. What is keratosis pilaris and how is it caused? Keratosis pilaris is a skin condition caused by the build up of keratin in the skin, resulting in hard, red bumps (hyperkeratinization). This condition bears many cosmetic difficulties due to the distinct symptoms. Some symptoms of keratosis pilaris include red, flared up bumps and itching. These symptoms mainly occur on the arms and thighs. It affects people of all ages, and can radically disappear during the ages of 16-25. There are no cures to keratosis pilaris, but there have been methods that helped reduce, and prevent the bumps from reoccurring.

Sea-Buckthorn, also referred to as seaberry, is a popular treatment for reducing the redness and bumps of keratosis pilaris. There is a theory that keratosis pilaris is caused by a parasite known as demodex. Sea-buckthorn extracts and oils can help destroy the parasite, which tends to relieve the red bumps, in both colour and size. Many people use a combination of sea-buckthorn body soap, lotion and shampoo. Sea-buckthorn is also high in omega-7, which is a fatty-oil that helps keep the skin healthy. Two brands that I found effective in helping reduce bumps were Sibu and Weleda. The odour of both products are not as pungent as certain brands. The first time you use any sea-buckthorn products, you may notice an outbreak of keratosis pilaris on areas of skin that did not have it before. This is simply the demodex parasites dying off which creates bacteria, causing a flare up in the skin condition. After 2-3 weeks, the symptoms should clear up, and you should hopefully see an improvement in your skin. Suggested prognosis: Once the KP has cleared up, use the soap and body cream daily. The shampoo can be discontinued when the symptoms clear up. 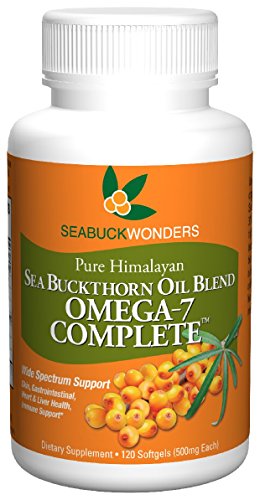 A leading cause of keratosis pilaris is dairy. Many people have an intolerance to dairy, leading to the outbreak of red bumps on the arms and thighs. Removing dairy for your diet for 1-3 months may help determine whether lactose has any association with the bumps. The removal of dairy for your diet may have many other health benefits such as helping with irritable bowel syndrome.

Gluten is found in many commercial products such as bread and pasta. Many people develop an allergic reaction to gluten without even realizing. There have been cases where the increased consumption of gluten has been associated with the increase of keratosis pilaris. To determine whether gluten has been causing our skin to break out in red bumps, avoid eating gluten foods for a couple months. If your skin begins to clear up, you may have found a way to reduce the red bumps.

Borax is associated as a cleaning agent, but did you know it can also help treat keratosis pilaris? Borax can help kill the parasite demodex when applied topically. Mix 5 tablespoons of borax with 3/4 of a cup of water and apply it to affected areas overnight. Symptoms such as tight skin may appear the next day, but this should help reduce the redness. It is important to consistently exfoliate to clear your pores while doing this process.

I have tried many of these steps in order to help remove the bumps on my skin, and found that the sea-buckthorn helped the most. I simply used the shampoo, soap and lotion/ body oil daily. The following pictures show a before and after of my keratosis pilaris, and how it began to clear up.

Everyone's skin is different, so in order to find a treatment, it is a simple case of trial and error. The product I found the most helpful would be the :

Weleda Sea Buckthorn Body Oil, 3.4 Ounce, applied topically everyday. I have used this product for over six months with great results, as shown from the pictures above. Good luck on your quest on removing keratosis pilaris, and I wish you all the best!

Do you have keratosis pilaris?