More Hope in the Treatment of Depression

For a person who is hopeless and suicidal, waiting several weeks or more for a therapeutic response is risky. Hospitalization for several weeks is costly and may not be fully covered by insurance. Suicide is gaining recognition as a public health crisis that claimed 34,598 American lives in 2007, the most recent year statistics are available. (2) Reducing health care costs is a national priority as well. So, the motivation to find a rapid responding antidepressant is currently very high. 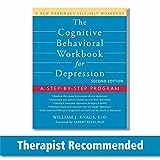 Ketamine works to relieve depression within hours by stimulating connections between brain cells. It acts on glutamate mechanisms in the executive functioning part of the brain known as the prefrontal cortex, and stimulates responses in existing neurons. This is a more direct effect than traditional antidepressants that target serotonin mechanisms and trigger the birth of new neurons in the brain’s hippocampus.

The fact that ketamine acts on glutamate mechanisms, by blocking the binding of glutamate to receptors, has been known. New research (3) conducted by Dr. Ron Dumann at Yale University followed the path of activity triggered by this blockade, and discovered that ketamine activates an enzyme (mTOR) that makes proteins that form neuronal connections. Conventional antidepressants do not activate the mTOR enzyme, nor does ECT (electroconvulsive therapy or shock therapy) which is often used when antidepressants fail.

Ketamine has the opposite effect of stress and depression, which causes synapses to shrivel. Ketamine was shown to quickly reverse depression-like behaviors in rats exposed to stress. The effects lasted up to a week. This might suggest future uses for preventing mood disorders, or worsening of symptoms related to stress, and perhaps even preventing stress related medical conditions. A related research has identified a brain signal that is detectable using a MEG scanner that predicts whether a patient will likely respond to ketamine treatment. The mTOR enzyme makes proteins in other parts of the body as well, and is associated with some forms of cancer.

Ketamine is also a substance that is readily abused on the streets because of its psychedelic and dissociative effects. While we seem to be getting closer to finding fast acting treatments for depression, there are safety concerns related to the use of ketamine, and more research needs to be done before ketamine will be available to treat depression. The motivation to find and produce a rapid responding antidepressant is very high, and may be helpful in moving the research along so that treatments might soon become available.