HISTORY OF MEN IN PANTYHOSE

Survey For Men Only Please

Have you ever worn tights / pantyhose?

Men have been wearing pantyhose for as long as they have been around. In the middle ages only men wore tights as women primarily wore long dresses. This was the rule through the Renaissance, and the early years of America. The showing of a female leg was considered very risque until early in the 20th century. By that time men's clothing had turned to wearing mostly trousers as they blazed a trail west, built railroads and worked in steel mills. The times called for a rugged garment that provided protection. Times were tough and wardrobes limited for men.

However, only in the last few years has openly wearing pantyhose and tights become more mainstream. For a long time they wore in secret, in the privacy of their own homes or under long pants. They borrowed from sisters, mothers and wives. They mail ordered them from catalogue companies. When they wore their pantyhose out of the house it was always hidden by long pants. Now more and more they are going out and running errands and conducting daily business wearing pantyhose or tights with shorts. What has happened to ignite the fuse to this phenomenon?

The Internet and availability of a discrete source of their own hose has stirred up and brought together men online who previously might have thought they were the only ones to appreciate wearing waist high hosiery. It may have started as a fetish for some but then the more they wore them the more they found them as a comfortable alternative to socks and tightie whiteys. Some found the benefits of compression hosiery too great to not purchase and wear support hose. Some had their doctors recommend supportive socks or stockings for DVT or other arterial issues or diabetes. Some were coaxed by a female friend to try some on either for bedroom fun or to help them with their tied leg complaints.

A lot of credit for these otherwise "normal" straight men to start wearing pantyhose on a daily basis goes to Steven Katz of Granville Ohio and G. Lieberman and Sons, Ltd. In 1998 he started researching the demand for such a product and found that there was indeed a market for a men's style of tights or pantyhose. In 1999 he launched ComfiLon's® ACTIVSKIN® Legwear for Men the first made for men brand of sheer nylon tights. Beginning with 2 styles, today they sell 16 or more styles of pantyhose and tights as well as a number of other men's nylon socks and underwear. Now ComfiLon® is the premier men's legwear company which sells legwear and lingerie designed and proportioned strictly for the male form.

The forum Legwear as Unisex Fashion owned and hosted by Don (Draytx) began in early 2001 has also had a major impact of uniting men and a few women who enjoy wearing nylon hosiery for non-fetish reasons. The forum is a resource for men to find out about different aspects of hose wearing. Topics range from reviews of different brands and styles to discussing going out in public wearing pantyhose and shorts. There is a lot of encouraging each other that goes on there as well.

Another pioneer of men's pantyhose advocacy is Geraden. This is a blog by a gentleman from Great Britain, that has been around for several years which focuses on Geraden and friends adventures in tights and sheer hose. There are many advice articles and letters written by Geraden and regulars to his forum. This one has been in my favorites for a very long time.

Lately e-MANcipate.net has gotten a lot of press. It has recently become a go to web site for press to quote. If you haven't been there it is a very nice web site that has some great pictures of men in various styles of men's clothes and pantyhose in everyday settings.

The Nylon Gene is a blog which was by began by Steve Newman only this year and has already made big steps towards normalizing men's pantyhose. Steve is the ambassador for ComfiLon's® ACTIVSKIN® and men's legwear in general. Steve has been heard on the radio, seen on television news programs and read in numerous articles.

Where will it go from here? Only time will tell. Athletes have discovered the performance enhancing ability of compression and men in tights are seen on the field at many if not most sporting events. Levee, Wolford and Gerbe three of the finest hosiery manufactures in the world have come out with men's lines and many other smaller manufacturers have addressed the men's market. Men in hose have shown up on Paris runways, on the battlefield worn by soldiers in the desert to ward off sand fleas, on truck drivers, firemen, equestrians, scuba divers, construction workers and men in nearly every field imaginable. Mantyhose is being sold in department stores in Great Britain. Who knows what's next. I'd bet there is a man in your life that you may or may not know he's wearing pantyhose in your family, office, classroom, job site, or Facebook friends list. 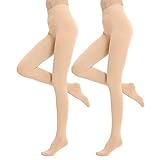