Lie When You Tell Me The Truth (Narcissistic Linguistic Programming) 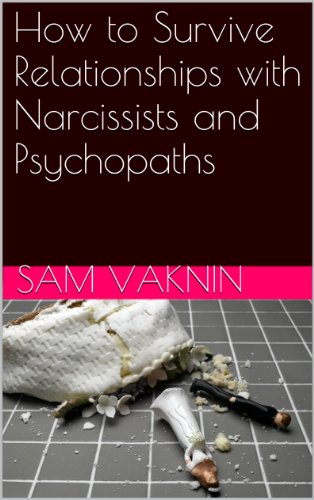 Narcissistic Abuse: From Victim to Survivor: How to Survive Relationships with Narcissists and Psychopaths
Buy Now

Narcissists, especially covert narcissists, can be crafty, devious, sly and deceptive both in their behaviour and also in the way they communicate with others. They can lie when they are telling the truth and can be honest whilst being deceptive at the very same time.

Narcissists seem to have a natural capacity to use language in a way that suits their needs, to keep their true nature concealed, and this trait ties in with classic NLP (Neuro Linguistic Programing). NLP is the study and structure of subjective human experience. Linguistics in NLP explains how all sentences have a hidden underlying structure (unconscious verbal communication) and that this is something that everybody does naturally. I have therefore applied the term Narcissistic Linguistic Programming to describe the process of applying NLP to narcissism.

Essentially, what this means to a narcissist is that if they responded to being questioned about something by saying "I didn't do it, it wasn't me" when in actual fact it was them and they did do it, to the narcissist they would still be telling the truth because the truth was there embedded in the sentence in the following way:

In exactly the same way, a narcissist may also leave certain words out of their spoken sentences to use the tactic in an inverted manner. For example, they may say something to the effect of "you're paranoid, it's all in your head" when technically, according to them, they are still being honest but just excluding the following the words from the sentence:

They therefore have told the truth and have been honest with you but they've done it in an indirect way. The narcissist, in their opinion, therefore has no reason to feel guilty or ashamed because technically they are being completely honest with you and have told you the truth - it's your fault if you don't get it for not picking up on it subconsciously (projective identification).

Of course, the victim usually does pick up on it subconsciously by noticing the lack of any signs of guilt, shame or even a physiological response when the narcissist is being deceptive and this tactic also explains how narcissists are able to do so without so much as a flinch. However, it should be noted that this is a behaviour which narcissists carry out naturally. It's not a conscious decision, it's pathological. This way of thinking could also be thought of as a form of karma - the narcissist has, technically, been open and honest and so no bad karma should come back to them. In this sense, it can also be seen as a way of alleviating any feelings of guilt or shame from their deceptive behaviour.

Technically, it is also indeed a way of being honest because the narcissist knows that such sentences speak directly to the subconscious of the victim and therefore the victim will know intuitively that the narcissist is being deceptive but won't be able to prove it.