What is a normal body temperature?

Historians have credited Dr Carl Wunderlich, a nineteenth century German physician, as developing the concept that 37C or 98.6F is a normal temperature for the human body, he felt this temperature had clinical significance. Although there are modern critiques of his analysis of the raw data, 37C or 98.6F remains an established set point.

A set point is an operating level in an adaptive control system. Set points are selected by the brain around which something cycles in order to function optimally.

Temperature cycles. It cycles around thermal set points. During the day a normal body temperature is 37C or 98.6F and can rise above or descend below depending on internal or external factors. For example, the body might be dealing with something, an invasion or pathogen, which may require the immune system to operate hot or even cooler for a while. Fluctuations may occur because there is a circadian influence, or cycling can occur because of external environmental influences, bitter cold or extreme heat.

Normal body temperature, as a correctly selected set point, will enable the temperature to return to 37C or 98.6F when the event that is causing alteration returns to normal. An example being when a fever has passed, the immune system has done its job and the brain then tells the body the event is over and homeostasis can be resumed the temperature resumes to cycling around 37C or 98.6F.

At night, the brain drops the set point to 36.3C or 97.34F. The temperature then cycles around this lower set point during sleep.

What is a low body temperature?

External or internal environments. It may well be that some internal pathogens or organs need to be dealt with by the immune systems at lower operating temperatures for a while and so the brain, the central management control system, will allow the temperature to drop to a lower set point during this period. When the job is done, the brain brings the set point back to 'normal' and the temperature rises.

External cold environments impact directly on a body that is inadequately protected from the cold and the temperature drops very quickly, however, normally, the central management control system retains the homeostasis set point of 37C or 98.6F, allowing the temperature alone to fall in the chilly environment until the conditions improve. When the conditions return to being more favourable, with the assistance of a great metabolism the temperature returns to the normal operating set point.

Central hypothermia. It is estimated that 40% of the population have a low set point. This is where the brain, the central management control system has, for some reason, selected a lower operating set point. Low set points selection can often be traced back to something in the history of the person for example an inherited, ancestral history of famine, ie Irish back ground. Indeed a low body temperature as a result of something else may then become inherited.

Do you have a low body temperature?

How to Identify Central Hypothermia

If hypothyroidsim or some other endocrine disorder confirmed by testing has been ruled out, in other words if for example, the TSH or thyroid stimulating hormone test is normal, then central hypothermia may be considered as a possibility.

Once there is more than a suspicion central hypothermia could be a factor, Steve Richfield a Central Management Control System Therapist, devised a 'Shower Test'. A test which might confirm central hypothermia. The test involves getting into a hot shower (not bath), with a waterproof calibrated digital thermometer. Taking oral temperatures, stay under the hot shower until the temperature gets to 37C. At this temperature making a mental not of how it feels, whether the body feels hot and great OR if the body feels ill and feel sick. Then, staying in the shower, and still recording temperatures, see just how high the temperature can be pushed until the point of absolutely having to get out of the shower.

This information, along with a full personal history, ancestral history, supplement, diet blood work testing etc, will provide clues that might help work out whether central hypothermia is an issue. Ideally these results need interpreting. On simplistic level, if there is a feeling sickness or illness at 37C or 98.6F during the shower test, which is a normally operating temperature, then central hypothermia might be considered as a problem.

Working on the results of testing or deciding to fix a low body temperature is a collaborative self help process. It has its difficulties and requires the knowledge of a Central Management Control System Therapist. 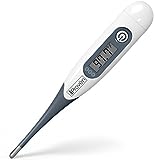 Can a Low Body Temperature Be Fixed?

I fixed my low body temperature. I had a low body temperature, may be for two reasons; because I was of Irish second generation descent (famine) and this may have been then had an added inadvertent complication of anaesthesia as a child, one for an umbilical hernia operation and one for tooth extraction.

My family all have low body temperature. We thought it was normal. My temperature remained low, cycling around 35.8C or 96.44F during the daytime and down to about 35C or 95F during the night for about 52 years.

During my forties I began to accumulate many ill health problems. I put these down to aging and dismissed them. I did notice however that my contemporaries, in the main were doing much better than me, there had to be a difference between us. Then I developed a bigger, more serious illness and started to take notice. I began to focus on my temperature and wondered whether this were compromising my immune system. It took me about a year to find Steve Richfield, who had fixed his own compromised immune system and fortunately for me had written about it. Tapping into his knowledge and expertise, he very kindly supported me. I reset my body temperature to 37C or 98.6F, it took an initial two weeks then around 2-3 years of maintenance. I am still operating at 37C

So, yes resetting can be done with a huge amount of commitment and effort and drive.

The Benefits of a Normal Body Temperature

The body is a system. If one or other of the elements enabling homeostasis is haywire then the immune system may be compromised and things may break. Because the body is superb however, instead of the system grinding to an immediate halt, it finds a work around, and continues to function with the broken bits isolated. These little isolated broken bits may be signs or symptoms of something wrong. If these signs and symptoms accumulate ultimately they can be identified and diagnosed, they may be chronic or idiopathic.

My list of chronic or idiopathic illnesses was pretty long, including pompholyx, low visual acuities, nasal polyps, fungal nails, acne, onycholysis, painful joints etc. What i now realise is that these were subset illness as a result of my underlying, compromised immune system.

My homeostasis was not optimal because my relatively constant conditions, temperature pH nutrition etc were not optimised at clinically significant levels. In my opinion my temperature was too low. Since fixing my temperature and restoring optimal operation, as much as I can, of my immune system, many of my subset illness have disappeared.

Clearly a normally operating temperature will not prevent every illness and disease, but it does enable the body to stand a fighting chance.

It is now generally accepted that there is a wide variation in body temperatures and little importance is placed on these variations.

For me, now, there is most definitely clinical significant attached to normal operating temperature set points of 37C or 98.6F during the daytime and 36.3 or 97.34F during sleep, and that is, if my set points are incorrectly selected by the central management control system of my brain, then my immune systems operates sub-optimally and, as did happen for me, subset illnesses accumulated. I believe my immune system was being compromised by my low temperature, which then was unable to deal with things optimally, and so I 'reset' my temperature from being low.