Macy's was a Failure

R.H. Macy failed 7 times and his first parade wan't even on Thanksgiving

Macy's has long been known by the parade that happens each and every Thanksgiving. Everyone looks forward to the Macy's Day Parade. It is a long standing tradition in the United States, and marks the beginning of the Christmas and holiday shopping season. Macy's Thanksgiving Day Parade always takes place in fabulous New York City. It begins by Central Park, and ends in front of Macy's Department Store.

For 84 years, Macy has awed and delighted young and old with the parade of high flying balloons and ornate floats winding down the streets of Manhattan. Famous entertainers, choreographed dancers, the best of high school marching bands across the country and the employees of Macy's who handle the balloons in the parade come together on this day to make this amazing parade the spectacular event it ends up being.

The parade is watched by about three and a half million spectators standing along the parade route in New York City. Approximately fifty million viewers watch it from their television sets across the country.

It took years of failures for Macy to get it right

It takes nearly 4,000 volunteers to make the 2 mile parade happen as smoothly as possible. And what appears to be such a success from the start, actually was not.

Rowland H. Macy is the founder of Macy's. He started 7 stores over a short period of time, and all of them were unsuccessful. His first parades were also. Macy's very first parade was in, of all places, Haverhill, Massachussetts on July 4, 1854, where his store was located at the time since 1851. His idea was to have a parade, and after the parade everyone would go into his store to shop.The temperatures were so hot, only 100 spectators came to see the parade, and everyone went home. In 1858,he opened his store in New York City.His first day of sales was $11.06, but by year's end, it became apparent the New York store was a success. 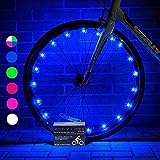 Be Inspired by Failures

Through years of expansion, Macy's grew to proclaim itself the largest retailer in the country. In 1924, the first Christmas Parade was held on Thanksgiving Day, using animals from the Central Park Zoo, as about 250,000 people watched the parade. In 1927, gigantic balloons were substituted for the live animals in the parade. Santa Claus stood on the balcony of the store entrance and was "crowned King of the Kiddies", according to wikipedia.com. In 1929, helium was used in the balloons, and as they were sent into the atmosphere, they broke unexpectedly, so in 1929, the balloons were designed with safety valves. Address labels were attached to the balloons so that they could get the balloons returned to them. Despite the depression years, Macy's continued with its annual Thanksgiving Day parade, and the retailer even grew during these bad economic times. Mickey Mouse became part of the parade in 1934. During the war years of 1942-1944, the parade did not go on, so that resources of rubber and helium could be devoted to the war effort. In recent years, measures have been taken to avert injuries and accidents from the balloons due to high winds.

Each year through Macy's sponsorship, the Thanksgiving Day Parade, has become an icon in American culture and the announcement to the start of the Christmas holiday shopping season. What started out as many failures, has turned into an amazing story of fortitude and what can happen when you keep trying.

I hope Thanksgiving Day can be an inspiration to you. So the next time you think it might be hard to "dust yourself off from being knocked down again", think about The Thanksgiving Day Parade. People who keep trying might just soar high above like the balloons that we see floating along the Manhattan skyline. Thanksgiving Day itself can be an inspiration too. We celebrate it because of people who were brave enough to come to this country, and establish a new life in this country. And of course it is also a day to think about all the things we are grateful for. So keep trying to achieve, and you may yet soar like the balloons. Keep faith in the belief that your attempts will take you to new places like the Pilgrims coming to America, who created a change for the better. And stay focused on why you will keep trying because of all the important people and priorities in your life, you are grateful for.