Managing Time: Reduce Stress and Get the Job Done

Anne has a BSc in Applied Psychology and qualifications in counselling, CBT & mindfulness. She teaches mindfulness workshops and courses.

...multitasking is actually over rated. In fact it has been found that people who claim to be great at multi tasking are actually not carrying out any of the tasks that well at all.

And they are increasing their stress levels, and are even causing a drop in their IQ.

See this link for more information:

So, what do you do when you have a lot of tasks and not enough time in which to carry them out? Well, firstly, you focus on what you can control rather than worrying about the stuff you can’t control.

For example, you can’t control other people, the weather, the traffic, the global economy or aging (although you can HIDE the latter). But you can control how and when you work. And the best way to get a whole pile of work done is to begin with one task.

Make a list of all the stuff you must do, choose just one task, and get it finished.

Imagine your concentration is a spotlight, when it’s shining on one thing everything else is in darkness. Hold all calls, shut down your email site, bribe someone to take the kids, put a Do Not Disturb sign on your door and stay at the task until it is completed.

The practice of Mindfulness helps us to focus on one thing at a time. This is a skill that can be learnt.

If something unavoidable comes up and you must leave before the task is done, save all your work in a separate folder or place all your tools together in one place so that when you return everything is where you left it and you can take up from where you left off. Return to the task as soon as possible and finish it.

If the task is likely to take a long time, divide it into smaller chunks lasting maybe an hour or two. Then take a break, check your emails, eat, deal with anything pressing, then return to the task for another hour or two.

When you've finished, draw a big red line through that task on our list and savor the satisfaction.

Now, choose your next task.

Here's an amusing video on this kind of thing

Be realistic about the time it’s going to take you to complete something.

For example, you won’t write a thirty thousand word dissertation in one week, nor will you decorate the house inside and out in a couple of days.

Know your strengths and limitations and make out a realistic timetable. Leave time for day-to-day stuff, such as cooking, eating, exercising, etc.

Set yourself a goal for each day, but don’t worry unduly if some things take longer than expected. As long as you’re chipping away it in a planned way you will get it done. And your stress levels will benefit.

Which brings me to the next topic.

If you have three weeks, or even three months to complete a task, the temptation is to forget about it until close to the time it’s due.But this “Fire Brigade” policy leads to more stress.

When you’re given the task, put some time aside to look over it and get an idea of exactly what it entails. Think about what information, materials, knowledge and skills are required and make notes. Then plan a rough timetable.

Some things may take longer than expected, some may be quicker, so be flexible but work steadily though it over the allotted time-span.

We never know what will happen in the future. We may get sick, the car could break down, the computer does that dreaded blue screen thing. Any number of things can happen on the very day/week before that deadline. If you’ve left all of the work till then, your stress levels are likely to hit new levels.

But if you’ve been working on the task from the beginning, you’ll have most of it done and any delays won’t be a disaster.

Why do we procrastinate?

There are several reasons, some depend on the individual, some on the task involved.

We may not have a clear goal, we may underestimate the time it will take to complete a task, we might not like the task, we might think we work better under pressure, we may have a fear of failure or find it difficult to make a decision.

You can find out more about what the psychologists say about this by following this link here.

To figure out your goal, you need to sit with pen and paper and write down what the task involves and why you've set yourself this task. If someone else has set it for you, then ask what exactly they hope or expect to be achieved.

Keep this in mind when you begin, and check every now and again that you're heading in the right direction.

There’s a joke which did the email circuit a couple of years ago which goes something like this:

Everyday I seem to go to bed exhausted but without having achieved anything. I’m told I have a case of Age Activated Attention Deficit Disorder or AAADD. It goes something like this:

This is a joke of course, if things were this bad it would be a serious problem, but getting distracted is a problem for most of us.

Prioritising and staying focused is important. Some people say that if they don’t do something the moment they think of it, they’ll forget to do it later.

If, while working on one task, you do notice that something needs to be done, make a note of it.

It’s a good idea to have a white board in the kitchen or in the hall, somewhere you will see it often throughout the day. That way, you won’t forget to do stuff, the tasks won’t pile up and your stress levels won’t go through the roof. 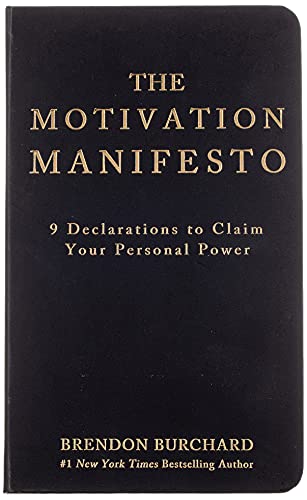 Motivation is essential if we are to complete a task successfully.

But if you've already figured out your goal, as above, then bearing this in mind will help to keep you motivated. If motivation is still a problem, then perhaps you need to ask yourself again why you've set yourself, or been set, this task.

Make a list of the benefits to you for completing this task. (Promotion in work perhaps, or harmony between you and your boss or colleagues, or within a relationship) and again, bear this in mind while working.

There's bound to be something positive in there, so keep looking until you've found it.

If there's absolutely nothing positive, then perhaps you need to rethink this task.

This video gives some tips on what to do