Nikki Alberta has a Master of Arts in Philosophy from the University of Alberta. She is a freelance article writer, novelist and blogger.

Migraines are a neurological disease characterized generally by a unilateral headache, throbbing pain, of moderate to severe intensity that lasts from 4-72 hours. The pain that can be associated with a migraine attack is said to be a result of a process beginning with excited neural activity causing swelling of blood vessels on the surface of the brain and leading to pain signals to the brainstem.

In general, women are three times as likely to suffer from migraines. Statistically, 37 % of those with migraines have episodes one to three times a month, about 11% have one migraine a week and 14 % have them two to six times a week. Those statistics show that a significant amount of people with migraine disease suffer greatly. To refer to a migraine as a 'headache' is a mistake; migraines are a disease and the pain caused while having an attack but one of many symtpoms.

There have been studies shown people with migraines have an increased chance of stroke, but the price of migraines can have a great affect on being able to work and the cost of not being able to work. The stigma in the workplace in being 'disabled' by a 'headache' can lead to a great deal of work related stress and the more frequent migraine related absences from work occur the great work related stress for the person. Effective treatment for migraines differs from patient to patient but certainly when migraines become chronic, which is more than fifteen a month, treatment can be complex. However migraines are treated it is not a simple matter, nor is it always effective. 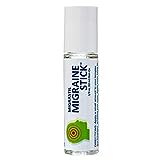 Diagnostically a doctor may conclude you have a migraine if your headache meets certain criteria:

B. Two of the following: Unilateral pain, throbbing pain, pain aggravated by movement, with moderate or severe in intensity.

C. At least on of the following: Nausea or vomiting, photophobia and phonophobia.

There are certainly different types of migraines, but also every migraine is different. One migraine may present with acute pain, nausea and photophobia, while another might be moderate throbbing pain, no nausea and maybe phonophobia. Intensity of symptoms vary as well.﻿

Migraines can be triggered by weather changes, lack of sleep, dehydration, food triggers and hormonal fluctuations. Common migraine food triggers are MSG, nitrates, aged cheese, alcohol, red wine, chocolate and caffeine, however, people may have many unknown food related triggers. It is difficult to understand what triggers may be involved since they differ. With a migraine diary you track when you have a migraine, its intensity, duration, medical treatment in addition to what you ate and your activities in order to develop an understanding of what your triggers are and what can be done to avoid them. Certain lifestyle changes can help, such as eliminating all caffeine, ensuring you are adequately hydrated and getting quallity sleep.

The Prodrome stage. Prior to an attack a migraine may have specific food cravings, digestive complaints, mood changes and fatigue.

The Aura stage. A visual aura may include spots or blotches of light, blurred or doubled vision or flashing lights. There can be auditory hallucinations, olfactory hallucinations and numbness or tingling in the face or extremities. Aphasia can also occur, in which a person has difficulty finding words and speaking. A migraine attack without pain, but with aura symptoms, is considered a Silent Migraine. It is during the aura stage, if you get them or recognize them, treatment of a migraine is most successful.

The Headache. A unilateral headache, however it can affect both sides. This stage can last up to 72 hours. If it is longer than 72 hours it is classified as a Status Migraine and more aggressive treatment is needed. It is recommended for status migraines to go to the ER. Along with the migraine pain other symptoms may occur such as nausea, vomiting, digestive problems, confusion, vertigo, light sensitivity and sound sensitivity.

The Postrome. The migraine ‘hangover’ and can include a lowering of mood, poor concentration and fatigue.

The aura is the complex category of neurological or neuropsychological symptoms. It is the second stage of a migraine attack. However, not all migraine sufferers experience aura.

Aura can be broken down into 4 groups:

Migraine Talk - this site has a complete list of neurological symptoms.Here are a few aura symptoms found on the Migraine Talk site:

Depersonalisation: affects our self-awareness. It is a feeling of being detatched from a situation, watching your self act, while having no control. The world may feel surreal, intangible or dream like.

Derealisation: This is where you feel separated from the outside world like a sensory fog clouding the senses. The world may seem less sharp and emotions dulled. You may get the feeling of deja vu. Surroundings take on a foreign and bizarre look.

Dreaming disturbance: Your dreaming mind can be affected as well giving you extremely vivid dreams, bizarre dreams and horrible nightmares.

Time perception disturbances: Distortions in the perception of time are common such that time seems to go by too quickly or sometimes too slowly.

Speech and language symptoms can involve the following: Stuttering, Involuntary vocalisations, Paralysis of speech muscles, Global aphasia, Anomic aphasia (can't think of words, or know the word but unable to say it), Reading disturbances (words are distorted, moving or unable to comprehend), Writing disturbances (mixing up letters, unable to spell, mixing up tenses).

Visual auras can be negative or positve lights, a wave of light at the corner of the eye expanding to whole visual field, loss of vision in one eye, visual snow.﻿

Autokinesis: Illusion of apparent movement of stationary objects. Objects may appear to be warping and shifting.

Cinematographic vision: A visual illusion where the perception of motion that is usual fluid and smooth is rather like seeing still frames in a film that is running slowly.

Corona phenomenon: Light or colour can appear around objects. Perhaps mimicing the idea of a mystical aura.

Dysmetropsia: Visual illusions involving an alteration in the size or separation of visual objects. Often seen in Alice in Wonderland Syndrome.

Macropsia - objects are perceived larger than normal, which in comparision makes you feel smaller.

Micropsia - objects are perceived to be smaller than normal, which makes you feel larger.

Pelopsia - objects appear nearer than they actually are. Objects far away seem closer.

Teleopsia - objects appear much further away than they actually are.

There are several medications used for migraine relief. Triptans (ex. Imitrex, Amerge, Axert) are the first method of migraine headache treatment if over the counter painkillers are ineffective. They can abort the migraine from within a timeframe of 30-90 minutes in most patients. Triptans should not be used for more than three days a week otherwise they can lead to a Rebound headache. Triptans come in either pill, injection or nasal inhalers.

At times people are unable to take triptans, or they have migraines too frequently to be handled exclusively by triptans or the triptan itself may not be effective. In such cases a rescue medication may be taken at this time; often a drug containing opiates such as codeine or anti-inflammatories.

When migraines become frequent a neurologist will add in a preventative medication. These medications are used decrease the frequency and intensity of the attacks. There are numerous preventatives that can be used, they fall into a few classes; Beta-blockers, anticonvulsants and antidepressants/Tricyclics. Botox is another option for preventative treatment. It is important to note that overusing a triptan or painkiller can result in rebound headaches and as such most should not be taken more than three times a week. In addition to medications other alternative treatments can help with migraine prevention. Acupuncture, massage therapy, chiropractors and maintaining a level of moderate exercise.

There are several herbs, vitamins and minerals that can be benificial for migraine prevention. However, it is important that your doctor is informed of any you are taking as they have their own side effects and some may conflict with your medication. Butterbur, Coenzyme Q10, Feverfew, Willow Bark, 5-HTP,Fish oil, Flax Seed, Ginger, Gingko Biloba, Magnesium, Vit C, Vit D, Vit E, Peppermint Oil, Valerian, Vit B6

How many migraines do you have a month?

Migraine without Aura: There are migraines were they do not have the aura stage of a migraine to warn them one is impending.

Migraine with Aura: These migraines are preceded by an Aura phase usually half an hour or so before the migraine attack itself.

Menstrual Migraine: There is a flux in estrogen before a woman's menstrual cycle that can trigger migraines days before or during the middle of the cycle.

Hemiplegic Migraine: a more rare form of migraine. One distiction is this migraine often causes muscle and motor weakness on one side of the body that goes away after the migraine. They usually start in childhood and can run in families. Due to the symptoms being very close to those of a stroke, (loss of vision in one eye, muscle weekness, changes in vision and speech) if someone experiences such a migraine for the first time they should seek immediate medical attention.

Basilar Migraine: A Basilar migraine attack has characteristics of dizziness, vertigo, lack of coordination, visual changes, such as double vision. The pain, however, is located at the base of the skull and might not have the common throbbing pain of other migraines.

Retinal migraine: As the name suggests a type of migraine that effects vision, generally one sided. All the assorted visual aura symptoms can occur with a retinal migraine usually lasting for about an hour. However, complete vision loss in one eye can occur and that can also last weeks. These migraines are less likely to be treated by triptans and the use of preventives is usually suggested.

Abdominal Migraine: Is a migraine most common in children, and those children may suffer other migraine types when they are older. This migraine is characterized by non-localized stomach pain, nausea, vomiting, loss of appetite and not with head pain.

Additional reading http://nmalbert.hubpages.com/hub/Alice-in-Wonderland-Syndrome-AIWS-and-Migraines goes though a strange condition that can occur with migraines called Alice in Wonderland Syndrome or AIWS.