How To Run A Mile Faster

Want to go for a quick run?

Come on, let's get some exercise. I won't make you run the whole mile hard. At least I'll try to make it interesting.

So why run a mile?

Ah the timed mile run, do you remember your first time?

I think mine was in gym class and I didn't enjoy it at all.

I wasn't in shape for it and I knew I HAD to run it in a certain time or I didn't get a passing grade for that day, or something along those lines.

We'd run around the edge of a field a few times and then try to run hard at the end, to impress the gym teacher.

But now a mile doesn't seem that long of a distance. In fact, my senior year in high school (2000), I ran the whole mile backwards (my back crossed the line before my front did) and I was wearing jeans.

So, the timed mile has lost its dreaded atmosphere, at least for me.

Are you ready to try a mile run with me?

Well, make sure that you've got some good running shoes; nothing too worn out. Your feet will thank you! Good cushioning goes a long way with running shoes. Believe me, you can tell the difference.

And you'll also want a stopwatch of some type to gauge your progress; I use a digital wristwatch.

Build Your Running Body (A Total-Body Fitness Plan for All Distance Runners, from Milers to Ultramarathoners—Run Farther, Faster, and Injury-Free)
Buy Now

Let's have a friendly competition. Once you've tried this, post your results in a comment below. Don't be shy; I'm sure some of you are a lot faster than me! I'm not much of a distance runner. Here's what you need to post:

Here are my results:

Alright, now let's move onto the basic structure of "my workout". It's really technical, are you ready for it?

You run the first half hard and the second half is just a nice-paced jog.

Man, let that sink it. Let me know when you're ready to move on.

Alright, I set it up like that so that it's almost two long intervals, three if you count running hard at the end. Plus, it's a little easier than running the whole mile hard. It'll help you work on getting a fast start in your mile and setting a faster pace for the first half. That fast pace may even carry over into the second half.

Plus, you'll still get a decent endurance workout, because you don't stop at the halfway mark. You'll want try to jog the rest back, after running the first half mile pretty hard.

And, if you're able to, feel free to sprint the first half... I know I try to. Run it hard; try to get a good time for your first half. Now don't stop the timer when you get halfway; just look at your watch and try to remember how fast you ran the first half. The first time I did this my "jog" was more like a fast prance on the way back, until I caught my breath.

Pace yourself though, do what you think you can handle, just don't give up. If you have to walk some on the way back, then go right ahead. It's almost an art, trying to figure out when you should run hard and how hard you should run. Now, when I see the finish line, I like to kick hard and finish fast. That gives me a slightly better time and it adds in another interval, since it's a different intensity than your jogging pace.

Now, that doesn't seem too bad, does it? It definitely is a good workout though, especially if you like to test yourself with running. This may be nothing new to you; I just like trying different things with my running workouts.

And isn't it nice how the faster you run, the shorter your run has to be, time-wise, to feel like you got a good workout? That's why I like to go more by distance (instead of by time) with my cardio workouts. Go hard and have the distance you want to go mapped out in your mind, before you even start. Don't hop on the treadmill and say, "I'm going to run for 20 minutes," it's not as effective.

Now, go on, try this yourself and don't forget to warm up first! 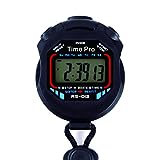