As an extension to my article on Alzheimer’s I had been asked to give a simple overview of motor neurone disease and its potential treatment. For those of you who are sufferers or carers, if I am telling you things you already know (and possibly your consultant has explained it in detail) then I apologise, but it’s also for the benefit of others so that they should understand the type of disease it is.

Motor Neurone Disease (MND) or Lou Gehrig's Disease (ALS) is a rare member (abt 5000 cases in the UK) and (20-30,000 in the USA) of the Prion Protein disease family. There are four main types each of which affects different nerves.

Amyotrophic lateral sclerosis (ALS) – This is the most common and accounts for over ¾ of the cases. Symptoms start in the hands and feet and the muscles become stiff and weaken in the first place.

Progressive bulbar palsy (PBP) – This affects less than ¼ of sufferers. It starts with the muscles used for talking, chewing and swallowing (the bulbar muscles).

Progressive muscular atrophy (PMA) – This is quite uncommon. The small muscles of the hands and feet are usually affected first, although they do not become stiff.

Primary lateral sclerosis (PLS). – This is the rarest form causing weakness in the leg muscles. It is also known to cause clumsiness of the hands and cause speech problems to develop.

It is useful to know of the other prion protein diseases as potentially advances made in the treatment and cure of them could have future spin-off benefits in the treatment of MND. The other members include Parkinson’s, Alzheimer’s, CJD, NvCJD, GSS, Alpers syndrome, Gulf war syndrome, FFI and Kuru.

Humans may be infected by prions in two ways:

This is one of the features that single out prion disease, as they are both infectious and hereditary diseases. In addition they can also be sporadic, meaning that there are cases in which there is no risk factor apparent.

Motor neurone disease is also associated with manganese poisoning (from organophosphate pesticides) and cycad (a natural toxin from beans). Most of the prion protein diseases primarily affect the brain, but in the case of MND it affects the motor nerves carrying messages from the brain and spinal cord to muscles and making the muscles contract.

Treatment can be divided into three areas:

The current treatment will start by using any of the following or a combination of all three drugs. The drugs are likely to be minocyline, an antibiotic with anti-inflammatory properties; riluzole, the traditional MND drug; and nimodipine, a drug normally used to treat brain haemorrhage and migraine headache.

Early research, using mice, indicated that a new drug called arimoclomol improved the muscle function and prolonged lifespan. In May 2005 the manufacturer CytRx announced that the FDA had granted arimoclomol orphan drug status licenced for the treatment of ALS. The latest information I have is that clinical trials are still not complete and consequently this drug may not be available everywhere yet.

If you go to the MND Association web site they detail various drugs that are or have been under trial. www.mndassociation.org

Take a high quality multivitamin and mineral supplement - the natural antidote to an overdose of manganese is copper, so make sure the supplement contains an adequate level.
Omega 3 and Omega 6 oils, will suppress inflammation as well as acting as a good antioxidant to reduce free radical damage.
Use high dose vitamin B12 as a nitrous oxide scavenger to reduce inflammation.

Essential oils is not a cure but can help with relaxing muscle tension and relieving pain by stimulating parts of the brain to release dopamine which is linked to feelings and emotions and creating a sense of well-being. Essential oils used in aromatherapy are via burners or electric vapourisers, massages & added to baths. Massage helps to improve mobility, fatigue, insomnia, circulation, pain and cramps and lift depression. Caution- patients may have lost their sense of smell and have fragile skin/ bony areas, low platelet counts (<50K?), suspected DVT sites, ascites, TENS machine sites, hyperalgesia, lymphedema sites and may therefore require a consultation with an accredited aromatherapist to ensure the skin will not be damaged or irritated. Respiratory problems/ allergies while using vapourisers may occur so choose oils carefully and discontinue immediately if any adverse effects are noticed. Oils of many types - Benzoin, Black Pepper, Frankincense and Neroli are used but will vary from patient to patient. I would suggest using a qualified aromatherapist to identify the most suitable oils for you as no two people are likely to be the same and the progression of the illness will vary.

I would particularly recommend taking a serious look at Reiki (which has some astonishing results backed up with veterinary applications – where you can’t fool animals.) Take care to ensure you deal only with a bone-fide Reiki practitioner.

This is the most exciting therapy and the only one likely to offer a “cure” as opposed to just slowing the degeneration.

Professor Sir Ian Wilmut, OBE FRS FMedSci FRSE, was appointed as the first director of Edinburgh University's Centre for Regenerative Medicine. His appointment followed a £50m award from the government to fund stem cell science over a period of two years. The centre aims to use stem cell research to develop treatments for human diseases and initially invited MND sufferers to participate in high-risk, but potentially high-gain, trial.

Stem cells have the ability to turn into other cells in the body and can be grown into brain cells in the lab. Transplanting them into patients could help reverse damage caused by Prion protein diseases such as Parkinson's, Alzheimer's and motor neurone disease.

To be accepted for clinical trials requires serious consideration after the full facts and risks have been explained. Places would be very limited and there may be none available for some time.

Extreme experimental treatments have been trialed on seriously ill cancer patients, but the same risks are not allowed to be taken with stem cell treatments under current ethical rules. Here scientists are forced to carry out extensive animal testing before they are allowed to start working with human patients.

Professor Wilmut commented that, “If we wait until things are totally tested and analysed in animals, it will deny some people that treatment. They should be allowed to use treatments which have not been properly tested because in their case the benefits may outweigh the risk. The sad fact is if we wait until all the tests have been done, some patients will have passed away."

He further said that there would need to be safeguards to ensure patients' rights were respected and that they were cognisant enough to be able to give their consent.

While stem cells can turn into other cells in the body, scientists are still unsure of the entire process and how to target harvested stem cells to specific types.

Professor John Savill, head of the university's College of Medicine and Veterinary Medicine, said inserting impure neurons into someone's brain risked causing a cancer. "It would be dangerous. There is a tumour called a hamartoma, which, if you like, is sort of a stem cell tumour,"

He did say, however, that the UK had an established process for debating ethical issues dating from the Abortion Act and that, in his opinion, there was a case to be made for allowing experimental therapies in certain cases. However he warned that scientists themselves might be reluctant to try out a potentially beneficial treatment if they thought a patient was too ill to either understand or survive the procedure.

Ainsley Newson, a researcher in medical ethics at Imperial College London, was cautiously optimistic. She said any potential trials “must be thoroughly vetted by a research ethics committee that ensures "all other avenues have been exhausted" - that experiments with animals have been tried, that terminally ill patients are not being exploited and that participants are aware preliminary research may only benefit future generations.”

Very recent research at Edinburgh University has discovered a key hormone which allows the zebra fish to replace their motor neurons, a discovery which may help research into human motor neuron disease. This discovery may be the key to helping create neurons from stem cells in the laboratory. As we discussed above, in humans, motor neurons control important muscle activities and when these cells stop working, it causes a breakdown in motor functions which may lead to paralysis and death. Humans do not have this ability and therefore cannot replace their own motor neurons when they break down

Hedgehog pathway:- The study, led by scientists at Edinburgh University's Centre for Neuroregeneration, is the first to show that a signal released from the fish's brain, a hormone called dopamine, triggers the development and regeneration of cells in the spinal cord. The hormone Dopamine acts on a mechanism, known as the hedgehog pathway, to increase the number of motor neurons formed in the developing spinal cord of young zebra fish. The dopamine signal was found to act in a similar way to replace damaged cells in adult zebra fish.

In the same way dopamine was also found to drive the development of motor neurons in human embryonic stem cells, potentially paving the way for new and improved studies into motor neuron disease.

The work, published in the journal Developmental Cell, involved researchers from the Universities of Edinburgh, Cambridge, Helsinki and the Okazaki Institute for Integrative Biosciences, Japan.

Dr Catherina Becker, reader in neurobiology at Edinburgh University's centre for neuroregeneration, said: "Our work sheds light on the way in which motor neurons develop and re-generate, and could inform research that leads to an increased understanding of motor neuron disease and spinal cord injuries."

As with my article on Alzheimer’s disease I will update the information from time to time. The link to my article “Alzheimer’s a guide” is as follows: http://petergeekie.hubpages.com/hub/Alzheimers-and-its-relationship-to-other-prion-protein-diseases

The Ice Bucket Challenge: Pete Frates and the Fight against ALS
Buy Now 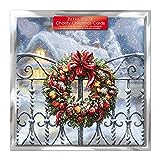