In a previous article I have described and explained the various prescription muscle relaxants that are on the market in the U.S.

That article has received over 300 questions and comments. Therefore, I thought it was appropriate to now build on the information in that article with a new one:

A Comparison of Muscle Relaxants

Which Muscle Relaxant is the BEST?

It can be frustrating trying to find an effective combination of pain reliever and muscle relaxant to effectively deal with chronic pain. Your doctor prescribes a muscle relaxant. You get it filled. You try it. But it ends up being less effective than you hoped for, or maybe you experience a side effect that requires you to discontinue the drug. What next? In some cases a doctor will offer you an alternative muscle relaxer to try. Sometimes patients find it very difficult to encourage their physician to try again. I hope that the information in this article, comparing several prescription muscle relaxants, will provide you with some guidance and direction in speaking with your physician about your alternatives.

It is impossible to determine for any given patient which muscle relaxer will be the best. Some will respond better to one than another. The information provided here is intended to be a helpful resource as you make such decisions with your health care provider.

When comparing muscle relaxants I will provide you with information from 3 perspectives:

Okay..this section is sort of for the science nerds. It contains some useful information, but if all you want to know is how they differ respecting Side Effects or Cost...feel free to skip down to the sections below.

First, to understand how Muscle Relaxants work in order to compare them, we first have to make a small distinction between "Spasticity" and "Spasm."

Spasticity, although a bit difficult to define, is best understood as a prolonged, involutary flexing of a muscle as often seen associated with conditions such as Multiple Sclerosis, spinal cord injury, cerebral palsey or stroke. In other words, it is typically the result of injury or diseases involving the brain.

Spasms are typically the result of more local conditions such as injury, fibromyalgia, or headaches.

I. MUSCLE RELAXANTS DISTINGUISHED BASED ON "SPASTICITY VS. SPASM" CONTROL:

A. Spasticity due to neurological disorders is often treated with drugs like:

B. Spasms due to muskuloskelatal conditions are typically treated with drugs like:

Another way to distinguish between muscle relaxants is by "where" they work. That is, some (actually all but 1) work within the Central Nervous System (CNS) and others (1 in particular) works directly on the contracting muscle.

II. MUSCLE RELAXANTS DISTINGUISHED BASED ON POINT OF ACTION:

Now we can comapre muscle relaxers based upon side effects:

Comparing the side effects between muscle relaxants is challenging, as there have not been many studies which compares them all, under similar circumstances, to determine which effects are more likely with which drug.

Muscle relaxants, in general, have very few serious side effects. Here are a few mentioned in the literature:

Below is a brief list of some of the more common side effects with my opinion (based upon studies AND interaction with patients) as to which are the most notable culprits:

Dry Mouth (also known as xerostoma): Many patients complain of dry mouth with muscle relaxants. Typically cyclobenzaprine (i.e. Flexeril, Amrix) and tizanadine are the most likely to cause this side effect. Sucking on hard candy may help, but if not, consider talking to your doctor about an alternative if this has become especially bothersome. Most of the other muscle relaxants rarely report this side effect.

Drowsiness: Again, most muscle relaxers could cause drowsiness, dizziness and sedation. Cyclobenzaprine and tizanadine tend to be very sedating. For alternative that tend to be less sedating, talk to your doctor about metaxalone or chlorzoxazone.

Nausea: All muscle relaxers have been reported to cause some nausea. Taking them with food may help decrease this side effect. If nausea becomes a problem, consider talking to your doctor about a milder muscle relaxant like methocarbamal. 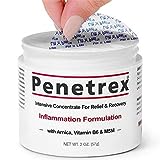 3. COMPARING THE PRICE OF MUSCLE RELAXANTS

Finally, a comparison of prescription muscle relaxers should make some mention of the costs. All are available generically, however if you have to pay for these yourself it can still be rather pricey.

As seen from the above table - all prescription muscle relaxers are NOT priced similarly.

The price WINNERS (lowest cost) are clearly Flexeril (cyclobenzaprine), Diazepam, Baclofen and Chlorzoxazone. These have the lowest relative cost if you have to pay for them yourselves. Of course, if you have insurance and pay the same copay for ANY generic...then these prices do not matter to you so much (unless you have a benefit limit).

Choosing a muscle relaxant involves balancing many factors including your diagnosis, the mechanism, the side effects and the cost. I hope this article has given you some information to help discuss this category of medications with your MD.

Have a question? Feel free to ask below. I try to respond to all questions.