Have Chest Pains? It Could Just Be H Pylori.

I went to the doctor with complaints of chest pains at the top middle part of my chest area. I told my doctor that I didn't know what it was, but when I took aspirin the pain went away quickly. I do have high blood pressure and it was actually a little high at the time of my visit. I didn't know if I was threatening a heart attack, so I was already terrified. She immediately told me that this could be a stomach infection. I'm like, "What does a stomach infection has to do with chest pains?" Evidently a lot.
So she did blood work to check my liver, kidneys and this stomach infection. Blood work comes back and it's POSITIVE for H Pylori! OMG!! What?! All other tests came back fine.

So I'm Diagnosed With Having H Pylori

H Pylori (Helicobacter Pylori) is a bacterial infection that lives and grow inside of the digestive tract. It causes chronic inflammation inside of the stomach and is commonly known to cause ulcers and even stomach cancer in rare cases.
H Pylori is contagious and can be passed from person to person by saliva. It enters your blood stream through your digestive tract. This bacterium is apparently present in approximately one-half of the world's population. I didn't know wether to be scared or relieved by this information. Okay, I was still scared. I really freaked out when I read that H Pylori is also spread by consuming food or water contaminated with fecal matter. EWWW! I am such a germaphobe. I'm one of those people who washes their hands constantly. I wiped down my shopping carts vigorously before putting my child in it. I don't eat out that much because I don't know whose hands are making my food. When they said you can also get this bacteria from undercooked meat and eggs, it help ease my gagging. Only by a small amount though.

Stomach pain- I would have sharp pains in my stomach that would come and go. Nothing that alarmed me that something was wrong.

Nausea- I never had this symptom.

Fullness after eating a tiny bit of food- This was my main symptom. I was instantly full after eating only a tiny bit of food. I would eat a salad and it felt like I had eaten 3 Big Macs, 4 fries and 3 chocolate shakes. I would feel so heavy after eating. I told my doctor about this and she put me on Beano. Take Beano before eating and there will Beano gas. Well Beano actually worked a little until I ran out. Beano is expensive.

Bloated feeling- Another symptom I had. Like I said I couldn't eat that much because, I would get extremely bloated.

Dizziness or fainting- Another one of my symptoms. I always felt lightheaded, but I thought it was due to my blood pressure.

Unexplained Weight Loss or Weight Gain- I didn't loose any weight but I did gain. I couldn't eat that much so I was very confused.

Some people have no symptoms at all.

Blood Test - Can detect the antibodies that your immune system develops in response to H Pylori.

Urea Breath Test - Requires you to drink a solution that contains a substance that is broken down by the H Pylori bacterium. The products of that breakdown can be detected in your Breath. This test is also used after treatment for the H Pylori to make sure that the treatment has indeed worked and there are no signs of the bacteria left in your body.

Stool Test - This test can also be done in order to detect H Pylori proteins. In some cases this test along with a blood test and or breath test can be taken to support the diagnosis for H Pylori.

In order to rid yourself of this bacteria , your doctor has to prescribe you several medications for you to take over a 7 to 14 day period. The medications I was given were: Amoxicillin, Metronidazole and Clarithromycin. Your doctor may add or omit some of these medications depending on your health. At least two of the medications are antibiotics that will help kill off the bacteria. The other medication will lower acid levels in your stomach to help the ulcers heal. There are some alternative natural ways to treat this bacteria also. The videos below will go more in depth on some of those natural remedies.

After two months I went back to the doctor with severe stomach pain. I was in SO MUCH PAIN!! I couldn't eat anything with out being in excruciating pain. I thought it was my Gallbladder. My doctor did the breath test on me for the H Pylori and it came back NEGATIVE. YAY! But why am I in so much pain though? Well they ran all kinds of tests and they even did an MRI. They found nothing. My Gallbladder was fine. While I waited on more test to come back I realized that I had a bad case of ulcers. They weren't bleeding, but they were painful. I had to stop taking aspirin and acetaminophen, which I was taking for pain management. I know bad idea, but my doctor wouldn't give me anything for pain. I had to stop drinking acidic beverages and I had to lay off the acidic fruits. I did this and within 3 days the pain subsided and I haven't had a problem since. I hope this hub is helpful for those who are dealing with this same illness. Don't panic, just go through the treatment as instructed, rather it's meds or natural home remedies. stick with it and all should turn out fine. There have been people who don't get rid of the H Pylori because they don't stick with the treatment. It's very important to stick with the treatment on time every day for as long as the doctor tells you to. H Pylori sucks, but it is a curable disease.

So It's December 5, 2016 and I did another breath test to see if my H Pylori had returned. The reason I wanted to check and see if it was back is because 2 months ago my 4 year old son was diagnosed with it. My H. Pylori has indeed returned and I have to go on another round of medication. This time around I'm going to go the natural way and see how that works for me. We haven't pin pointed where we are contracting this from, but when I find out I will let you all know. I go back to the doctor in 2 months, so I will update this hub with those results. 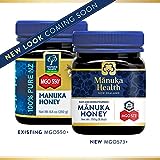 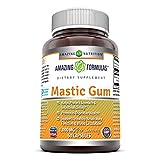 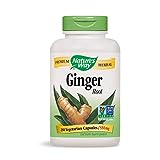