My experience with Septoplasty surgery

I started documenting the surgery right when I woke up from it! I took pictures every day and wrote on an online journal about how I was feeling. I've quoted what I wrote on those days. The pictures are not doing me any favors, but hey this is life! And this is what happened to me.

After I woke up 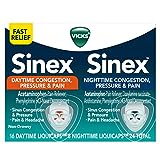 it was very hard for me to do this surgery, i have anxiety problems and phobias..and was just downright FRIGHTENED of doing this. but i was sick of all the problems i was having with my sinuses. anytime the clouds would come in the pressure in my head would be awful. i would get extremely nauseous, dizzy, lightheaded, out of it, couldn't focus my eyes etc.. so i was going to do this surgery no matter how many fears i had.

getting there is the hardest part. and WAITING is the hardest part. i had to wait over an hour in pre op. i tried to think of anything else other than what was about to happen to me, but it didn't work lol. eventually i just lay down on a bed n tried to relax. i was allowed to take an ativan before hand so that was kicking in. eventually it was time to go and the process was EXTREMELEY quick!! i walked to the operating room, was told to lay down and it had lots of heated blankets and was comfy, they put my arms out and started giving me an IV, i swear this whole process lasted only a few minutes. i had no time to even panic on the table. before i knew it the nurse was putting a mask on my face and telling me to tell her my children's names and ages, and that's ALL i remember hahhahah.

i was supposed to wake up from the anesthetic within an hour after my surgery was done..this is 3 hours later and i still couldn't wake up fully. first thing i realized was my throat felt funny and i had a croupy cough..because o the breathing tube..my nose felt fine tho. the cough was definitely one of the worst parts, but not as bad as being so completely stoned out of your mind you have no idea what your even saying. the worst part was if i tried to move, my stomach would lurch. so i had to lay veryyyyyy still on the bed. even moving a foot or an arm was SO strange..you feel very uncoordinated. i can't even remember what i was saying, all i remember was i was very loud lol and kept repeating the same things over n over n over.. i had them give me gravol because my stomach was very queasy. i don't even remember getting the gravol lol but i'm sure it happened. i probably would have vomited my head off if i hadn't of been SO particular about my anxiety/phobia's to the doctors..so when the surgery was done they suctioned all the blood out of my stomach before i woke up, PHEW! i know that would have just made me so sick..

On the way home from the hospital

"in the car home..i was still half asleep..sooo dizzy n could barely walk..ryan had to half carry me into my apartment...good times lol."

I REMEMBER ABSOLUTELY NOTHING FROM THIS CAR RIDE lol i remember getting into a wheelchair to leave the hospital..but all the movement from that kinda made me black out..i remember nothing. do NOT move around a lot after you've had anaesthesia!!! that feeling is just crazy...

"day 2, i only have a small amount of bruising under my right eye. i gotta wear my awesome moustache bandage till the bleeding stops. n in a week i get the cast off n the splints out of my nose. i couldn't sleep at all last night..just couldn't breath n was uncomfortable n I'm still stoned n dizzy. this morning I'm still lightheaded/dizzy n coughing and took two extra strength Tylenol and it took the pain in my nose away so fast.. i don't have an appetite but I'm trying to eat..my stomach flu before this probably is making it harder for me to wake up fully n feel more normal..I'm just sooooo tired"

the only thing i could really complain about at this point was i was still veryyyy groggy and woozy from the drugs the day before. my nose was bleeding and all but that was OK and the pain was nothing i thought it would be.

"jeez i'm hot n sexy hahhaha ok 3rd day n I'm FINALLY waking up a bit. but i can't breath grr, and my front upper teeth have been numb and it's REALLY annoying me, but I'm not feeling any pain except for the sore throat and i freaken hate sore throats.. waking up has been the most challenging here..I've been very dizzy and light headed and if i was upright for too long I'd get faint. hopefully I'll start to feel a lot better now"

"day 4 - oy I'm starting to get depressed and reallllly want my old life back.. i still can't do much because i get so tired n light headed. feels like i got hit by a truck..or I'm trying to recover from the worst flu ever. i can't focus my eyes sometimes n they just wanna go to sleep. last night i got pretty sick :( it's been hard to eat.. my right side of my face is fairly swollen, but there's really no major pain. my teeth are still numb but my throat feels better. i been having a lot of reflux n heartburn but i don't know if that's because i been eating in bed all these days laying down..anyway..i want this over with!!"

"day 5 - no changes so far..everything's still crappy n my head feels like it's gonna explode. the docs office called me today n i go in this friday to get this annoying cast off n the splints out.. oh jeez that's gonna hurt lol"

"day 6 and i realize I'm still not looking any better. my eyes look funny like I'm stoned n i can't move me mouth around too much to make funny faces..DOHHHHHHH I NEED TO MAKE FUNNY FACES! and going to walmart and bringing my son to school n back has been 'interesting' to say the least lol"

"day 7 .. 2 more days to get all this crap removed from my nose.. least my kids aren't looking at me like I'm some kinda monster anymore lol"

It did take my kids a bit of time to get use to the way I looked and what was going on with me. Once they did though they were throwing punches and elbows again into my face just like normal :p

"day 8 - the pic says it all hahahha i'm tired of looking like a dork, and horkin up huge bloody snot balls in the morning. yea you didn't need to hear that but i don't really care. my nose kept me up all night last night, pain? no...ITCHY!!!!! SO FREAKING ITCHY UNDER THE CAST I COULD DIE! my whole body was starting to spasm..god i just need to scratch it...c'mon"

"day 9 -yesssssssssssss this is definitely one of the best days of my life hahahha i can finally go in public places and not be stared at!!! i can finally scratch my freaken nose!!!!!!! I CAN SCRATCH IT!!!!!!! oh man what a mess it was under the cast hahha all the glue had seeped into all my pores and well..it was not a pretty site..still lots o swelling on the nose but i don't give a crap, I'm free !!! the splints coming out was really fast and not painful. the inside of my nose on the left where some sutures were had been stinging so bad..but now the pain is gone.. IM FREEEEEEEE and my nose is straight!!!! AHHA"

what i didn't know at this time was i was venturing into PRESSURE CITY. i have no idea what happened, but once that cast came off a million pounds of pressure just started sitting on my nose.

"welp...i had my splints out and my cast off 3 days ago and i felt much better before then...i have no idea what's going on, but the pressure in my nose and face is practically unbearable.. maybe it's the weather who knows, lots of rain n clouds lately..i just feel like my face is going to explode..i was in bed most of the weekend icing it and it didn't really help :( my nose is really swollen and the skin feels like it's gonna rip. this blows.."

i tried everything to get the pressure down, finally realized that rinsing with a ton of saline works really well!!

"about a month after.. I've got a comparison pic here. and an x-ray i took many years ago when i was looking into surgery for the first time..jeeez was it ever crooked! I've been feeling much better..but the dissolving stitches have yet to actually dissolve..i go in soon to get em out and to have a checkup"

you will notice in the x-ray that one sinus cavity is completely white. i was treated for sinusitis most of my life because every time I'd get an x-ray taken the doctor would see that and assume i was infected, when it was really just completely blocked off because of the shape of my nose! no wonder antibiotics never helped lol

i am truly amazed at how straight my nose is now..it was SO crooked all my life, i hated it, and it caused me much sickness. but to be able to SEE it straight is just like a miracle! i feel great these days, still need to heal up some more because I'm still swollen in there. i can't wait to be fully healed to see how good i can breath now :) :) :)

I still cannot beleive my nose is straight!!!

Ok first thing first, the one thing that was bothering me the most was a numb tooth. That has finally regained feeling!! YAY! I am noticing a HUGE difference breathing already. Although I have a cold/laryngitis right now I can breath perfectly fine out of my right nostril :p

I have also noticed that I am no longer suffering with bouts of nausea and bad pressure in my head/face when the weather is rainy and cloudy. I am so happy about that, I cannot even put it into words.

I'd like to say that I am very happy I went through with the surgery and I know that I'm going to benefit from it for the rest of my life!

Have you had septoplasty?