My Story About Apple Cider Vinegar (ACV) vs Kombucha 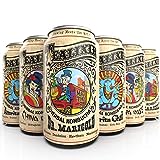 I was a weird little kid. It's okay, I'm the first to admit it. I was saying my first words before I was six months old. I was more likely to take care of my younger siblings than to go out and play. And I liked spinach. Specifically, I liked spinach cooked and then drenched in apple cider vinegar. I know, it's strange. But what can I say? I think I always had this thing inside of me that knew what was good for me, and apple cider vinegar fell into that category. If we'd had kombucha in the house back then, I probably would've liked that too.

I'm not really sure why I liked the apple cider vinegar so much as a kid. I had a taste for salty, acidic things I suppose. I ate lemons dusted with salt and thought the Mexican candy saladitos was one of the best things in the world. So I naturally liked the tangy taste of the ACV. It wasn't long before I found out that the spinach was really good for me (thanks, Popeye) but it was a long time before I found about all of the health benefits of the apple cider vinegar.

Of course, these days, we know about those benefits. We've read all of the health articles that tell us that apple cider vinegar has been proven to do all kinds of good things for your body. It's reported to good for everything from sinus infections arthritis. It's said to be able to help you lose weight. And it's not just good for you, it's even good for your pets. (Check out this Earth Clinic article for more details about these benefits if you aren't yet "in the know".)

But, of course, most people don't have the weird taste buds that I have. They don't drench their spinach in apple cider vinegar. They find recipes for dressings and other things that make apple cider vinegar a bit more palatable. Or, they used to. But ever since a new trend has taken hold of the health community, more and more people are developing a taste for apple cider vinegar as it is.

That trend is kombucha. The product is a culture (or yeast) which is used to make a tea and it's become well-known because of its current support by celebrity users and blog reviews of it. Just like with apple cider vinegar, it is said to cure almost everything from your immune system to your skin problems. (See this website to get more details about the health benefits of Kombucha.) And if you pay close attention to the smell and taste of kombucha, you'll realize that it has a similar tangy taste as that of ACV. In contrast, when prepared, kombucha is much milder and has some sweetness to it that is lacking in apple cider vinegar. But some people are finding that their taste for apple cider vinegar has grown because of their experimentation with kombucha.

As for me, well, I've always known what was good for me. I was speaking and reading at an early age and that led to my career as a writer. I was taking care of my siblings instead of playing as a kid and today I'm close with both of them. And I liked apple cider vinegar before I knew about its benefits so I think I'll stick with that today. But I wouldn't throw out the kombucha if someone dropped by with a bit to try.