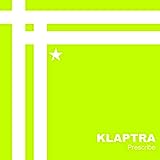 The Viagra Review Board

The prescription paper is no longer relevant in an electronic age

Although the prescription paper has been closely associated with managed medication, the practice of issuing these slips is dying out. This is a direct result of the development of electronic systems which are fully incorporated into the traditional framework of diagnosis and case management. The AP estimates that 36% of all prescriptions in the USA are now electronic rather than manual. [1]

The government is actively pushing the concept called ‘e-prescribe’. First of all this is a paperless system which directly and indirectly protects the environment by reducing reliance on tree cutting. Secondly safety considerations mean that many clinicians are of the view that they have a better chance of monitoring medication if an electronic system is used.

The multiple benefits of electronic prescriptions

Many practitioners are already preparing for the reality that cuts to Medicare payments are virtually inevitable. The political class is talking about the need for ‘balanced budgets’ and ‘debt ceilings’. This can only mean that social services are going to be targeted for very deep cuts. The use of an electronic prescription system may save costs and ensure that this important service is preserved.

Surescripts is the largest network in terms of implementing paperless prescribing. Results from that network indicate that many doctors are signing up to the program regardless of their initial misgivings. In particular they understand that the risk of abuse will be significantly reduced under this new system. Therefore a partnership between the professionals and the state might remove paper prescriptions completely.

Normally a doctor will write the prescription and then use a computerized network to send the details to a pharmacy with no more effort than pushing a button. Last year the statistics showed that 22% of prescriptions were paperless. It means that not only are people moving away from the old system but they are making this transition at an increasingly fast pace.

How do patients benefit from a paperless prescription system?

One of the most important benefits for patients is the possibility of avoiding inconvenient drugstore visits and the attendant waits. Of course the pharmacists are also celebrating the possibility of avoiding the terrible handwriting that doctors are notorious for. Using computerized ordering systems ensures that professionals can accurately check for drug interactions and dosage restrictions.

There is some research from Surescripts which indicates that more patients are likely to pick up a prescription if it is electronically processed than if they have to move around for it. Traditionally patients have faced problems when attempting to stick to their prescriptions. For example they mislaid the documents or simply forgot about them. Those who are already straining their financial resources are unlikely to chase after an expensive prescription.

A new study considered 40 million prescriptions including those that are faxed, phoned, sent by electronic means and by paper. It indicated that about there was an increase of about 10% in the number of people who fill their prescription when it has been e-prescribed. Drug stores were able to receive the paperless prescriptions and then call in the patients to collect their medication.

According to Seth Joseph from Surescripts, there are multiple benefits associated with this system. For example doctors were able to identify the brands that are covered by the health insurance package which the patient has. [1]It is even possible to work out the lowest out-of-pocket cost medication using this methodology. This means that the entire healthcare industry is benefitting from this transition.

The practicalities of developing an effective response to prescription needs

Even if the e-prescriber service is working fairly well, there are some instances where the patient still needs the paper system. For example there are certain controlled substances including painkillers which are subject to state rules. However the government has been offering incentives to practitioners in order to persuade them to join the scheme.

For example they offer payments to help defray some of the costs associated with the implementation of computerized health records. In any cases the Medicare program is already beginning to cut down some of the reimbursements that are allocated to doctors who still refuse to use elements of the e-prescribe system. By the end of the program Surescripts had identified 390,000 doctors who had embraced the system.

Of that number an additional 10,000 had signed up to the program. This equated to about 50% of office-based physicians. The figures compare favorably with the situation in 2008 when just 12% of doctors had signed up to the paperless system. [1] In the future it is going to be very difficult for doctors to rely on traditional methods without any sort of computerization.

A Guide to e-Prescribe