OCD and its Relationship to Hormones, Glucose Metabolism, and Food Allergies 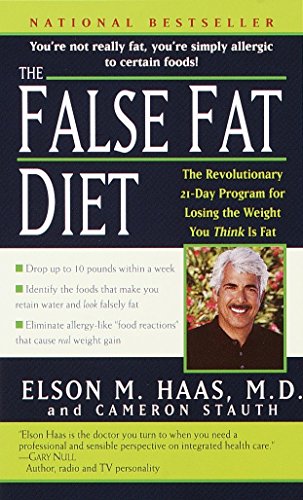 The False Fat Diet: The Revolutionary 21-Day Program for Losing the Weight You Think Is Fat
Buy Now 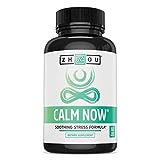 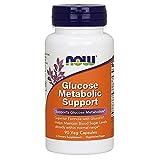 OCD (Obsessive Compulsive Disorder) is basically self-defining.Those who have it have an obsession or obsessions (repetitive thoughts one can't get rid of which cause stress ranging from mild to severe) and compulsions (repetitive actions carried out to ease or get rid of the obsessions, however temporarily; these can be counting, handwashing, saying a word over and over, mantras, etc.). Some OCD is known as "pure O" wherein the sufferer only has obsessions and no compulsions to keep them "in check"--although the repetitive ruminating in and of itself is a form of compulsion.

Typical treatment for OCD is some sort of SSRI (a drug known as a Selective Serotonin Reuptake Inhibitor) which keeps the calming neurotransmitter in the brain's synaptic gaps for longer periods of time, thereby reducing the symptoms of OCD, and/or behavior modification therapy. I've tried both, with little success.

I'm not a fan of taking medication unless I feel I really need it, and I'm especially not fond of taking medication that has a plethora of side effects. All SSRI's, anti-depressants, anti-anxiety, and anti-convulsive medications have side effects. The intention of keeping serotonin in the synapses has a long-term unintended effect of, essentially, depleting the body's own stores of this neurotransmitter, requiring either stronger meds, different meds, or different treatment altogether.

Behavior modification therapy may be effective for some, but I've read about some therapists who make their patients confront their fears by exposure. For example, if one has an obsession about hurting loved ones, the therapy might be to watch horror movies until the sufferer is desensitized to violent images. To my estimation, this sounds like cruel and unusual punishment where there is no crime, only illness.

Neither of these therapies address the root of OCD. What causes it? Why does it typically start in puberty for both genders or after childbirth for women? I've been researching this for years and years, not just to help myself, but to help others and to find something better than a pharmaceutical Band-aid. In addition to OCD, I also have several physical health problems, and I've used myself as a guinea pig over the years, testing my hypotheses and treatments, and have found a good deal of success.

The Origins of OCD

OCD does appear to have much to do with hormonal imbalance, glucose metabolism, and allergies, especially food allergies. During puberty (which is when mine began--almost a year to the day after my first menstrual cycle), the body is undergoing dramatic changes. Because of genetic, environmental, and even dietary issues, it can be a particularly devastating transition. Too little progesterone, too little estrogen, or just an incorrect ratio of the two disrupts the brain's neurotransmitters. Progesterone enhances GABA in the brain. GABA is a calming substance, ergo, too little progesterone, too little GABA. Estrogen modulates MAO inhibition.Like pharmaceutical monoamine oxidase (MAO) inhibitors, estrogen reduces MAO activity, resulting in higher levels of both catecholamines and serotonin in the brain. Estrogen also increases opioid and endorphin production by the hypothalamus. At neuronal synapses, estrogen increases the concentration of neurotransmitters such as serotonin, dopamine, and norepinephrine. It affects their release, reuptake, and enzymatic inactivation. It also increases the number of receptors for these neurotransmitters. If one's ovarian output is low, either due to genetic factors, or physical reasons like PCOS (a condition in which testosterone and progesterone outweigh estrogen), the quantity and quality of serotonin and dopamine are compromised, resulting in anxiety. OCD is an anxiety disorder. Recent studies show that low estrogen levels in men also result in OCD. Supplementation of this hormone results in reduction or remission of symptoms.

Lacking in progesterone, however, is also not conducive to being in a calm state. Progesterone, produced during the midluteal phase of a woman's menstrual cycle, and in small quantities in men, has sedative effects on the brain, acting much the same way that an anti-anxiolytic medication such as Ativan would. The ebb of progesterone or insufficient quantity of it (again from genetic factors or other concomittant condition) reduces the calming effects and tips the scales in favor of the excitatory effects of estrogen. It's important to have enough serotonin, but like everything in the body, it much be balanced with dopamine and norepinephrine. Progesterone also enhances the calming neurotransmitter GABA's effects on the brain and actually can cause remission of a panic attack or state of anxiety in minutes after sublingual, topical, or intravenous administration. New mothers suffering from postpartum depression, postpartum OCD, and postpartum psychosis are all found to be deficient in progesterone. The rapid drop in progesterone and estrogen after delivery also accounts for altered mental states. Bioidentical progesterone supplementation can help new mothers heal and enjoy their newborns.

In addition to the hormonal influence on OCD, there is also a dietary influence. If you've read my hub on hypoglycemia, you will remember that faulty glucose metabolism can cause symptoms of anxiety and depression. Too much insulin secretion after meals or even in a fasting state, causes the blood sugar level to drop or prevents it from rising at all. In a desperate attempt to feed the brain, the body goes into stress mode and churns out adrenaline to try to bring glucose back into the bloodstream. The brain, starved for glucose, is altered in its functioning and excess adrenaline is causing feelings of panic and anxiety, making OCD symptoms worse. Too much insulin is caused by either taking too much insulin if one is diabetic, pancreatic beta cell dysfunction, pancreatic tumor called insulinoma (rare), a diet high in refined carbohydrates, and the aforementioned hormonal imbalance. Estrogen enhances insulin sensitivity of cells resulting in less insulin being needed to drive glucose into cells. Progesterone causes a rise in glucose, necessitating more insulin production to lower it and exacerbating insulin resistance in cells. Making sure one's hormones are balanced is a major first step in correcting hyperinsulinemia. Equally important is changing one's diet to resemble a Paleo diet--high in lean protein and vegetables and low in simple carbohydrates. Even fruit can cause a rapid rise in blood glucose, an outpouring of insulin, a hypoglycemic attack, and resulting anxiety. Vitamin supplements can also help glucose metabolism. Arginine,carnitine (N-acetyl), cysteine (N-Acetyl), glutamine, glycine, taurine, tyrosine, chromium picolinate, selenium, zinc,vitamin B1 (thiamine), vitamin B2 (riboflavin), vitamin B3 (niacinamide), vitamin B5, vitamin B6 (pyridoxine), vitamin B12 (cyanocobalamin), biotin, choline, folic acid, inositol, alpha lipoc acid, coenzyme Q 10, and vitamin D3 (cholecalciferol) can all assist in helping insulin resistance and hyperinsulinemia. I cannot stress enough how important vitamin D is in this process. Vitamin D3 is not a vitamin at all, but a hormone and essential for numerous bodily functions. Vitamin D3 also helps the process of balancing one's other hormones.

An allergic reaction results in the body's release of histamine and adrenaline. It's a self-protective measure to try to rid itself of the offending substance, whether it's pollen, mold, or food. We typically think of allergy symptoms as runny nose, sneezing, hives, and watery eyes. More severe allergic reactions, e.g. to peanuts or bee stings, can result in anaphylactic shock or even death if treatment isn't prompt. However, food allergies are not always so clear cut. A person's sensitivity to food may be just that--not a true "allergy" by definition, but something that definitely causes the body's defense mechanism to kick in. In my hub on food allergies, I go into more detail on this, but in a nutshell, when one eats something the body perceives as a foreign invader, adrenaline is pumped out. Adrenaline increases anxiety. Repeated exposure to a food to which one is sensitive results in massive amounts of adrenaline and cortisol, causing a seemingly neverending cycle of anxiety with no recovery time. Only when one removes the offending food or foods from one's diet, can one's body begin to heal, and anxiety to lessen. There are typically 7 common food allergens--wheat, dairy, eggs, soy, sugar, peanuts, and corn--but anyone can develop an allergy or sensitivity to any food at any time in life. Hormonal imbalance and vitamin and mineral deficiency, in addition to an unbalanced diet in which one eats the same foods over and over (we tend to desire most what we are most allergic to), contribute to food allergies and sensitivities, and the resulting anxiety disorders like OCD.

If you have OCD, or any other anxiety disorder, and are seeking a more natural treatment with little to no side effects, please give my theories/remedies a try. They've made a huge difference for me, and I hope they make a difference for you, too.

I wish you good luck and good health.﻿