Jowls And Arm Flaps Are Nothing To Get Upset About

Most of us when we reach a certain age, OK, for most of us that is over age 50, we begin to notice the toll that a sneaky little thing called gravity is taking upon our bodies. Everything begins to head south as far as our skin goes, and we don't always think it's a pretty sight.

If you've ever noticed a person who has jowls, it looks as if they have slowly turned into a squirrel with extra pouches on the sides of their mouth to hold those extra nuts... or whatever it is that squirrels like to stash in those pouches.

On people, however, it is NOT usually considered to be a great look. I think the formation of jowls is one of the main complaints heard by plastic surgeons when patients come looking for a surgical answer to erase years from their face. They want them GONE... lifted up, "whatever it takes, Doc".

If you watch this video, it looks as if there is a way to help tighten those jowls through doing these facial exercises. Just try watching this thing, I dare ya... pretty soon you'll be making faces just like I was. No kidding! It can't be this easy to get rid of jowls, now can it?

Well, since that didn't work for me, I'm here to say that jowls aren't such a bad thing and that they have gotten a bad rap. I mean, now that we are in our 50's, I say we've earned those jowls. The same with laugh lines, expression lines and all the rest of those bothersome facial features that give men "character" and make women look like "hags". OK, so that's not totally fair, but it seems to be the perception of society.

If you're not sure whether or not you are getting jowls, I have a simple test for you to try. When you look in the mirror and form the word "OH"... you'll notice that the skin on the sides of your mouth is nice and tight, they way you think it should be. Change that OH to an ooooooooh (rhymes with ewwww), and you will see your mouth pucker up and ... uh oh.. can it be... ewwww, I think I'm developing the beginning of jowls.

Instead of panicking at this new development, I've decided to try a different approach. I'm going to have some FUN with my soon to be brand new jowls. I'm gonna use them, as soon as they finish appearing. When that Smart Aleck behind me says something I don't like, I'll just turn around real quick and BAM... smacked by a wayward jowl! These things are potential weapons, I tell ya!

Soon, I'll be able to hang my head out the car window just like Hooch the dog in the 1989 comedy movie "Turner And Hooch." Hooch is a French Mastiff, a dog breed well-known for their prominent jowls and drooling. Remember that movie with Tom Hanks?

I'll be able to let those jowls fly in the wind, feel that wind blowin' in my cheeks, puffing them up like sails on a sailboat. OK, so that's not such a pretty picture, but it would be fun to do that. I mean, dogs always look like they're having fun with their heads hangin' out of car windows.

Maybe I'll start a brand new trend, pierced jowls... again that's not a pretty picture. But I wonder if I could make a fortune by inventing and selling jowl rings? Can't be much worse than piercings on other unusual parts of the body, now can it?

Something Useful To Do With Arm Flaps?

HEY~ I Think My Arm Muscles Turned "Upside Down!" That Must Be It!

Now if I move my gaze on downward, the direction that everything else on my body is slowly but surely beginning to move these days, I noticed something strangely new on my upper arms now. I used to have ... well kind of had... well, OK, not really... but I thought my arms used to be straight when I held them in a football goalpost position. Now when I look in the mirror... I see something strange hanging down. These things also "flap" when I move my arms. Could it be? Am I REALLY getting "Granny arms?"

Holy crap! I think I am! Look in the mirror and hold your arms in the position of football goalposts, see those "flaps" there? Yup, those are "granny arms" or "Hi Janes" or... I forget the other cute little names for them. Forgetfulness... another sign.... of something... I forget what. Sigh...

They're not so cute any more when they begin to show up on you! Those are supposed to be on someone MUCH older aren't they?? So, how else do you know you're getting granny arm flaps? What are some of the other little sneaky telltale signs?

When you're flying on a plane and the pilot talks about "flaps" being ready for landing and you take it personally... you realize that you just might have arm flaps!

When the little kid nudges his Mom and blurts out "LOOK Mommy, that lady over there must be an angel, she has wings, but now they're kinda turned upside down!" .... you might have arm flaps.

Just look at it this way, if you are at a show and you don't feel like clapping, just move your arms up and down a little and everyone around you will think you're clapping... then you'll know for sure that you have grown yourself a pair of arm flaps!

See? These things really can be useful for something and aren't really anything to worry about. At least my delusional self is trying to convince myself of that. Now, if I am at the airport hoping to board a plane and they try to charge me for "extra bags" because of these new jowls or arm flaps... then I will be worried! I mean, after all, I didn't ask for these things, they just happened.

I'll politely look at the 20-something little cutie-pie with her skin still in all the right places behind that luggage counter and tell her "just wait, sweetie pie, your turns a' comin!" OK, I probably won't do that, but I'll be thinking it if she does try to charge me for those "extra bags!"

I mean, after all, those extra luggage fees can really add up. Maybe a little plastic surgery would be cheaper? Nah, I think I'll just accept that these new things give me "character." 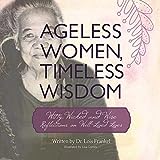