Open Letter From a Widow

A widow is a woman who has lost her spouse due to death and has not remarried. Widow is my current title; a title I prefer not to have been bestowed upon me, but shit happens. In an instant I went from being a Mrs. to being a widow. BAM! A new normal began. So many changes. I was not the first wife who suddenly transferred titles and I will sure as heck not be the last wife. A known fact is that women do live longer than men, which means there are more widows than widowers.

I am now an official member of the Widow's Club. I personally know many widows. Some of these women lost their husbands years ago and have never remarried, hence still a widow. I spoke with a neighbor the other day who lost her husband in 1988 to cancer. She still feels the hurt. Wow. They say the heartache never goes away, you just learn to live with it.

Never have I imagined being a widow during my lifetime, then again who does? I have been married twice. If I could go back and change any decision I ever made that would have altered where I am today, I would not. I am here, as a divorced - widow for a reason. Possibly it is to teach y'all a thing or two. But, probably not. I am not the best person to give advice, but I sure am a good talker and listener. How that helps anyone I do not know.

In the meanwhile I will continue talking...

I am a Widow

I write this letter to those of you who aren't familiar with widowhood. I hope you never have to experience the pain and heartache of this journey. Chances are sooner or later you might. Chances are you might already know someone who is a widow.

I am fairly new to this journey so I will not come off as an expert. But I have spoken to many widows who I salute due to their bravery. I have learned much from them. I hope you learn from our experiences.

I spent the past seven years at my husband's side helping him battle cancer. That was seven years of living with cancer because when someone you love has cancer the entire family does too. I placed my life on hold, every day was about the fight. Once he passed, I was left in shock and felt useless. I still have so much fight left in me, but it was time for my husband to rest. That is my story in a nutshell.

There is a significant difference when one is widowed suddenly or when death is caused by a terminal prognosis. In cases of sudden deaths, widows take longer to recover. That is one heck of a blow to endure. One minute their spouse is there, then they are gone. Perfect example of how a life can change in an instant. Either way death is death. Widows are widows.

Now I want to express what I have learned since I became a widow. I have learned that people are weird, I refer to them as "the others." Not much has changed over the years since I witnessed my mother who was in the Widow Club twice. She never intended to renew her membership, but shit happens. During her second time in the club she was battling terminal cancer. So she got hit with two major life traumas at once. My mother inspired me to be the strong, stubborn person that I am today.

Back to "the others." This is directed to the people who haven't dealt with the loss of a loved one. You know the lucky ones. The ones who are so darn uncomfortable and they do not know what to say, so they say nothing, which is fine. Or they wait for you to speak first because they are scared. Well, stop that shit! There is nothing to be scared of. Widows do not have a contagious disease! Just because our husbands died doesn't mean that your husband will too. What the heck is wrong with you people?

Do not be intimidated by the strength of a widow. Most of us do not curl up into a fetal position and wither away due to the loss of our mate. Don't judge a widow because she laughs, smiles or carries on with her life. We still need to get shit done! Not all widows have the opportunities of being pampered and doted on. Nope. But that would be dope!

Widows can easily disguise the heavy heart because they are tough. Widows deal with the waves of grief that overpower them because it is their darn wave and just don't want to ride it with anyone else.

You would be surprised at what you could learn from a widow, I just advise to avoid joining the club. Membership dues are free, but they are still costly when your emotions are at stake.

Widows are Tougher Than We Look

Do not feel compelled to offer sympathy. While your heartfelt sympathy is appreciated, as far as I am concerned sympathy weakens a person. Feel free to speak to us like you did when we weren't widows. It is OK to ask questions. Just stop being so darn distant. It just makes you look bad.

Do not look at me and expect me to comfort you or make you feel at ease. That is not my damn responsibility. I have enough to tackle. My world has changed and I am now doing the work for two. My other half is gone and if you are expecting me to put on a happy face just so that you are going to feel more comfortable you are wrong. OK, you aren't wrong because that is exactly what I have been doing for the past few months. We walk towards each other, your expression is that of a deer in headlights, I think, "Crap, another one of "the others" are approaching!" I then smile and you smile back, the ice is broken and you feel more relaxed. Really? When will this end? Please, stop the insanity!

As a widow, I have learned that my husband will never be gone as long as I continue to take him along for the ride. When I said that to a friend of mine, she thought I carried an urn of his ashes everywhere. That would be a bit awkward, but we did have a good laugh. My husband would have also enjoyed that conversation.

Instead I choose to carry him in my heart. No matter what I am experiencing, he is there to nudge me, give me support, cheer me on or maybe shut me up because I have a tendency to ramble. Whether it is the good, the bad or the ugly...he is right there.

The next time you are encountered by one of "the others" maybe you could explain to them, that you aren't contagious and that you will not break into tiny little pieces before their eyes. That when in doubt, by simply sharing a caring smile might be all that you need at the time. In other words, tell them you are stronger than they think. Onward we go.

Signed,
A widow but not in distress

We are Widows Hear Us Roar

You betcha I got some advice and tips from other widows:

I addressed this letter to "widows" because I am a widow and since I have walked the walk, I have earned the right to talk the talk.

Yet, I know that widowers also feel the pain and heartache and that their new normal takes some getting used to.

So to all that have lost a loved one, I ask that you accept this letter on my behalf and just reverse the wording. This also applies to losing a parent or any loved one. 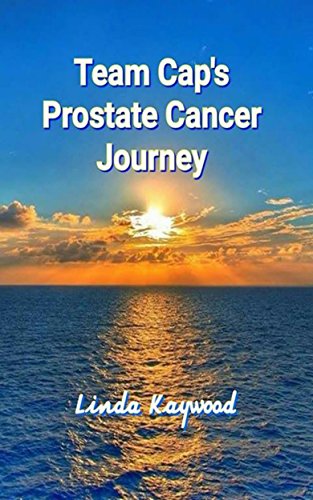 Are you a widow?