By 2011, the field of Medicine in the USA did not have a concrete single or multiple cause(s) for ASD, but could suggest some treatments that reduced symptoms, from behavior therapies to drugs to electroshock. However, parents and others amassed some answers of their own into causation and treatments.

Many discussions of ASD among parents, scientists, and among the public can arouse intense emotions. We see tears and anguish as some parents themselves begin a meltdown. Other adults, parents and non-parents, become extremely angry.with the lack of pinpointed causes, with causation they feel they see but others do not see, with the treatments or lack thereof, and with others' attitudes toward the disorders and their reality.

Treatments encompass an extremely wide range of modalities, while some individuals do not believe that the disorders actually exist at all and that children and adults with these conditions (and their parents) should "snap out of it." That attitude is formulated from an uninformed expectation. It lacks compassion and becomes a hurtful insult to families that struggle in daily lives with exhausting symptoms that will not snap away and leave their children free. Not all cases can respond to the same treatment mode, either.

Emotions run high in resulting discourses and additional factors enter the fray almost daily, These are magnified by media attention, research that may support some causal factors and may eliminate others - or not - and magnified by the latest in arguments on discussion forums, blogs, and television programs.

People are suffering and the number of cases of autism in America is increasing. It is a kind of epidemic among children of the 2010s and people want solutions and prevention.

Oregon's first female governor, former Governor Barbara Roberts, is a mother of a son with autism. This likely spurred a movement to find better ways of understanding and managing ASD in Oregon. Today, Oregon families and community groups are clearly active and visible in finding new and more effective ways of managing the array of autism symptoms, educating their children well, and supporting other parents of children with ASD. The demands of Ms. Roberts as a mother for the educational rights of her son Mike helped pass Oregon Senate Bill 669 in 1971 and started Roberts on the road towards the State Capitol 20 years later. Today, many organizations in Oregon help families coping with ASD.

Noted livestock handling designer with Asperger's Syndrome, Temple Grandin, is called upon by Oregon organizations and others to help explain what Autism Spectrum Disorders feel like from the inside. This is valuable. Until these groups can schedule her in person, they read her book and watch her HBO Golden Globe- and Emmy-winning biofilm, which help tremendously – In fact, parents are sometimes so relieved that they cry. 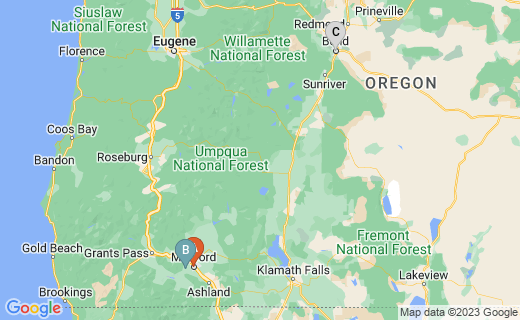 The media can sometimes highlight work done in autism research to a good outcome. One such event was the airing of Extreme Makeover: Home Edition from Jacksonville OR, a suburb of Medford. CJ and Lindsey McPhail moved back home to a large green space in Jacksonville from Portland in order to help their two young boys sons with ASD. The youngest, third son has no such symptoms.

The McPhails worked at the head of Sparrow Clubs, USA and started the Southern Oregon Chapter. This is a non-profit that helps local special needs children and dubs these kids "Sparrows." The club is the pairing of a Sparrow with a school that adopts him or her, raises funds, and helps pay for medical treatment and other needs.

The oldest McPhail son became a Sparrow himself and EM:HE and numerous volunteers stepped in to build a safer, better designed home for the family. This brings up an interesting adjunct treatment – outdoor life. It is already accepted that living near a body of water can reduce blood pressure levels and increase feelings of well being. The Jacksonville landscape seemed to help the McPhail boys, being filled with open space and rivers. The new home includes a front yard river and a smaller indoor river and a fire tower from which to look for miles around.

It is easy to tell that the children adopted by student bodies may be called Sparrows in reference to the old hymn His Eye is On the Sparrow . The book that explains it all with the telling of the story of the first Sparrow child of the National Sparrow Foundation is called One Small Sparrow , by Jeff Leland. A follow-up is called A Thousand Small Sparrows .If ever any book could help restore your faith in the youth of America and hope for the future, it is these two books.

CJ and Linday McPhail helped start three Sparrow Clubs in Southern Oregon where they live, and a fourth in Hawaii when they were sent on vacation there by Extreme Makeover: Home Edition while their house was demolished and a new one designed with two autistic children and the entire family in mind. Dr. Temple Grandin helped design it and hundreds of business owners and volunteers helped.

What is the price of two sparrows—one copper coin? But not a single sparrow can fall to the ground without your Father knowing it.

If you have a chance, watch the episode of EM:HE that aired in two hours on October 28, 2011. See how an outdoor environment helps some kids with ASD to calm their symptoms. View the incredible sensory therapy room that looks like an outer space lab and helps many with symptoms as well as offer stimulus for neurological development, and a small indoor park to match the model of the Rogue River in their front landscaping.

See the parents' special bedroom that is welcoming and peaceful and the outdoor exercise areas for adults and children. Lindsey leads an exercise boot camp program for moms, some of whom also have children diagnosed with ASD. Now the kids play beside them on their own safe equipment. Listen to moms talk about outdoor activities in open green space and near rivers, gluten-free diets, exercise, sensory therapy rooms, support groups, and many other things that can help these kids and families. See if any of them can be beneficial in your home state.

While we cannot pinpoint the full etiology of the entire spectrum of ASD, we can make it easier for kids and families that must cope with it every day. You may have your own ideas to add!