How to Overcome Alcoholism?

An important concept in my life, as alcoholism runs in my blood. The disease that is thought to be part genetics and hereditary. So, being that my great grandfather died of live failure from alcohol, and my grandfather is a recoverying alcoholic, drinking is something limited and preserved.

Alcoholism can be referred to any condition that results in the continued consumption of alcoholic beverages, whether they be liquor, beer, malt liquor, and any other beverage that contains the slightest alcohol content.

The Journal of American Medical Association defines alcoholism as "a primary, chronic disease characterized by impaired control over drinking, preoccupation with the drug alcohol, use of alcohol despite adverse consequences, and distortions in thinking."

One who suffers alcoholism tends to drink regardless of the negative consequences, to which they are fully aware of. They suffer a dependency on the drink, and withdrawals from even short periods away from the bottle.

Now, just because on may be a heavy drinker, it does not necessarily mean that he, or she, is an alcoholic. The quantity, frequency, and regularity, of drinking varies upon each person, so where you may be able to down a pint of liquor, your buddy may not. You must also, take into account, ones genetic make-up and predisposed likelihood of alcoholism, as well as social environment and emotional stability.

Drinking can cause several health concerns to one's body.

Alcoholism will definitely affect one socially.

Having alcohol withdrawals can actually become fatal. These withdraws are much different from withdrawals caused by drugs. Otherwise, healthy alcoholics can die from the direct effects from withdrawing if it's not properly cared for.

The heavy consumption of alcohol reduced GABA (a neuroinhibitor) production, and an abrupt stop of alcohol consumption can cause a condition to which neither alcohol nor GABA exists in the body in adequate quantities, which can cause an uncontrolled firing of the synapses, manifesting in hallucinations, shakes, convulsions, seizures, and possible heart failure. These symptoms are collectively known as delirium tremens.

The good things is the under medically controlled detox, these symptoms can be monitored appropriately.

Guide to Being a Recovering Alcoholic 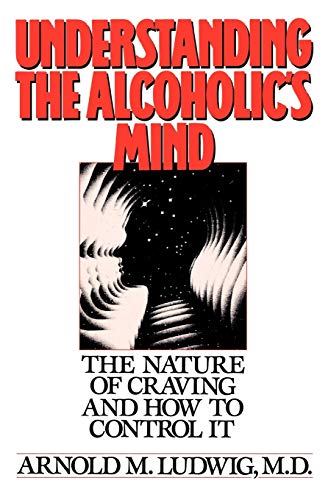 Understanding the Alcoholic's Mind: The Nature of Craving and How to Control It
Buy Now

Medications That can be Prescribed

Sometimes doctors will prescribe medications for those people who want to overcome their alcohol problem. Medicines that doctors may consider include:

The treatment for alcoholism is definitely varied because (1) there are different perspectives on the condition and (2) each person recovers differently. I mean, think about it, if you approach alcoholism as a medical condition versus a social choice, the outcomes would be different.

Most treatments for alcoholism focuses on helping the people stop consuming alcohol with follow up training and social support to help them to continue to resist alcohol use. All of the factors of alcoholism must be addressed in order to encourage the person to successfully stay sober and alcohol free. Combining alcohol detoxification with therapy and self- help groups, most people are able to recover from alcohol.

There are different treatment communities that support different views of recovering alcoholics. The first groups feels that abstinence is the key; this group supports a zero tolerance approach to alcohol. The second group promotes a reduction policy, to which one reducest he alcohol intact.

Consider a combination of the following:

Completion of a treatment and program is the key for success.

About 5% of people actually recover from alcoholism on their own.

About 40% are substantially improved after treatment, but still drink regularly.

About 50% of people stay sober after one year of a rehab program.

About 70% of people stay sober after one year of a rehab program and continuing Alcoholics Anonymous.

About 90% of people stay sober after one year of a rehab program, regular meetings at Alcoholics Anonymous, and go to an aftercare program once a week.

How do you know if you have a problem?

By answering yes to 2 or more of the questions indicate that you may be an alcoholic.

How To Overcome Alcohol and Drug Addiction for Good

How to Recognize Alcohol & Drug Addiction : How to Deal With a Relapse

Disclaimer: Please be aware that the advice in this article should in no way replace that of a licensed physician. If you are an alcoholic, or if you think that you may be an alcoholic, consult your doctor to find the best treatment for you, as not all treatment options will work for everyone.