Oww, My Back. Ouch Back Pain Sucks! 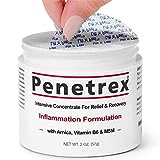 Quit stabbing me in the back!

A couple of weeks ago I was moving stuff around at work. As the morning wore on, my back started to ache. The longer I walked around, the worse it got.

I'd had something similar happen years ago. It was a muscle spasm--read that as charlie horse or cramp--in a lower back muscle. If you have one of those on your leg, you can walk it out. In your back, well...I really don't know.

However, a trip to the doctor later and I know a little more about what to do.

First, when the muscle is still going nuts, put some ice on it. The ice should make it quit clenching and unclenching. Eventually. Hopefully. If you've got some ice.

Second, when your back just aches, put some heat on it. That will help take the pain away as the heat soothes your poor muscle.

However, you don't want to leave the heat on too long--20 minutes at a time is what I was told. Nor do you want to do it too often--just three or four times a day.

Once you're off your feet, rest flat on your back on a firm surface. My doctor recommended putting a pillow under my knees to keep the pressure off of my back.

If that doesn't work for you, try lying on your side with a pillow between your knees.

I found a nice warm bath helped a lot.

If you can talk your significant other into a nice massage, that'll help.

The three things doctors will often prescribe will be anti-inflamitory medications, muscle relaxants, and pain medication. They may also offer a steroid injection to help with inflammation. Do not drive while taking the stuff they give you! It's strong medicine.

If your pain gets worse, go back to the doctor.

Even if it does get better, you may consider some physical therapy to strengthen the muscles you're having trouble with (if it is a recurring problem).

I kept off of my feet for most of a week and was basically ok until I got outside and the cold air made the muscle spasm again. So, lucky me, the doctor's going to have me go through 6 sessions of physical therapy.

I actually found that the muscle relaxant and the pain medicine did little for me. The anti-inflammatory shot and some heat did the most good. The steroid shot actually cleared my sinuses up! Those were wonderful days until my nose went back to normal.

Last time I had trouble like this, I wasn't bright enough to stop when I felt pain. I kept going until I thought I was passing a kidney stone. I had no idea that back pain could be so horrible until it happened to me. So the moral of the story is: stop, drop, and roll. No, wait, it's stop, lie down, and heat your achy bits.

Dancing is good for pain, right?