The Gerson Therapy: The Proven Nutritional Program for Cancer and Other Illnesses
Buy Now 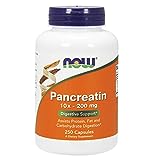 I was motivated to know more about Patrick Swazye’s death after I heard he was diagnosed with pancreatic cancer. I was most impacted in 1991 by Michael Landon’s death of the same type of cancer. This bothered me. I thought “how unfair and what a loss to all that admired their work and the person.” I thought at the time Michael Landon’s cancer was an isolated, unfortunate rare occurrence. Then the news of Patrick Swazye’s pancreatic cancer story came and went some 18 years later. He too was someone I admired like many of you. This left me to ponder… Is pancreatic cancer or cancer in general on the rise? Is it a geographical thing? After all, both of these actors lived in Southern California. Is there any way to prevent, or remove this cancer from the body once it takes hold? Neither one lived long after diagnosis, especially Michael Landon.

I had so many unanswered questions in my head. I wanted to know more about these men I admired and cause of their abrupt and untimely deaths. Could they have done anything different to change their outcome? First, let’s look at these two individual’s to see if we can determine some commonalities with regard to this insidious cancer.

Can we can draw common "risky" lifestyle choice conclusions in answering questions with regard to these celebrity deaths? And can we prevent this form of cancer from impacting and possibly taking our lives, or a loved one?

Like most of you I was an avid follower of Michael Landon. My favorite shows were Bonanza, Little House on the Prairie and Highway to Heaven series.

Michael Landon was diagnosed with a pancreatic Aden carcinoma at the age of 54 on 5 April 1991 and immediately underwent chemo therapy. His cancer had spread to his liver at first causing stomach cramps. Thereafter receiving his diagnosis 7 weeks later upon symptom onset. The cancer became inoperable due to spread in liver and lymph node system. Only 1% of patients with this combination survive the full five year life expectancy period. He died in Malibu, CA on 1 July 1991. Likely cause of cancer for this patient: heavy alcohol consumption and a four pack per day smoking habit.

I also followed many Hollywood movies that Patrick Swazye appeared in. Three of his movies I admired as a kid, “Dirty Dancing, Next of Kin and Roadhouse.” Swayze was diagnosed with stage IV pancreatic cancer in March 2008. He underwent chemo therapy with new experimental drugs (vatalanib/gemcitabine) to shrink the tumor by preventing new blood vessel growth that would otherwise nourish it.

After more than a year of cancer, Swazye completed his 13 episode series of the beast without pain medication. Swayze Died, 14 Sept 2009 at the age of 57. Since the cancer spread to his liver surgery would be of no use. His life expectancy after diagnosis was 5 months. He lived 20 months while beating these odds.

“He was a strong guy, and had a great attitude, says Ron Wise, a Cedars-Sinai spokesman.’ In my experience, that has a lot to do with how things go." Patrick Swayze’s biggest regret was his smoking habit. Doctors agree, even if he quit smoking after diagnosis, this would have no bearing on his outcome.