Piriton is a brand of generic medication called Chlorpheniramine. It is an anti-histamine class medication. The most common side effect of this medication is drowsiness. Therefore, some people use it as a sleeping pill. Deliberate overdose of piriton is common in general medical practice though accidental overdose is rare. But generally, isolated piriton overdose is not lethal.

In addition, Piriton is a common ingredient in many over the counter cough preparations. Therefore, overdose of piriton in combination with other cough remedy ingredients such as diphenhydramine and Guaifenesin is also common. There are case reports that the above combination can sometimes become lethal.

Piriton is a medication that affects several neurotransmitter systems in the body. They are the histamine system and cholinergic system. Blocking of the histamine system causes drowsiness. It is effective at reducing itching, allergy, allergic rhinitis and the common cold. However, its anti-cholinergic side effects such as urine retention, acute angle closure glaucoma and increased heart rate are troublesome.

The symptoms of overdose are predictable. They are

In Piriton overdoses, the heart rate increase does not cause many problems.

I once treated a patient who took around 80 tablets of piriton but had no problems after standard treatment of any intoxication (stomach washout and activated charcoal treatment).

There is no specific antidote for a piriton overdose. Doctors only treat symptoms once they appear. For example, when the patient develops urine retention, catheterization is done.

Standard treatment for any intoxication, such as stomach washout (gastric lavarge) and activated charcoal treatment is usually prescribed. 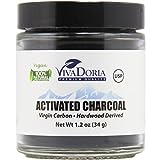 Piriton is a common ingredient in cough preparations. In addition, it is a common over the counter medication available for the common cold, allergies and allergic rhinitis. However, it is abused by many people to induce sleep and some take it deliberately in attempted suicide. Accidental overdose is usually not common. The commonest symptoms of overdose are drowsiness and urine retention. It is treated by stomach washout and activated charcoal.