Pre-Menstrual Dysphoric Disorder (PMDD) The PMS that can ruin your life!

This is how PMDD feels! 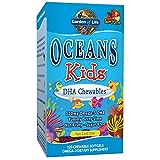 A few years ago, I had my fallopian tubes tied so that I would not have to have any more babies, or deal with taking birth control pills for the rest of my life. I was under the impression that it would not have any effect on my hormones, but I now believe this to be false. A few short years after this minor and non invasive surgery, I was starting to have PMS symptoms like I have never experienced before. I thought maybe something was really wrong with me. I started having wild moods swings, extreme irritability, frustration, depression, hopelessness, anxiety with panic attacks, crying for no reason, being really sensitive, etc. etc. It was ridiculous. I used to describe the frustration and anger that I would experience by saying that it felt like someone was scratching me with sandpaper all over my arms and legs from the inside out. My husband started to notice and ask me if anything was wrong. He couldn't understand why I was being so.... not me. He and his son at first just put it off as bad PMS and would sometimes tease me. Which of course just made me feel worse. Finally, I was so upset that I decided to see a doctor. I hated the feeling of being out of control. I am already a very passionate, emotionally loud kind of person, I didn't need this crazy PMS ruining my life.

I was very relieved when the doctor told me that I wasn't crazy, but that I was actually suffering from PMDD. I had heard of it before, but didn't know what it was all about. Even better, she said we could treat it with birth-control to help with the hormones and an antidepressant to help with the depression and anxiety. So, I took her advice and started on Yaz and Wellbutrin. Well, I was allergic to the Wellbutrin, it made my throat almost close up! So I had to switch. Lexapro just didn't work for me, so eventually, I made the leap to Effexor. (I actually take the generic version called Venlafaxine.) Between the two meds, Venlafaxine and the Yaz, I genuinely started to feel better. The symptoms faded, and I was much closer to my normal self with only a livable swing a week before my cycle. I had been not only PMS-ing badly one week before my cycle, but for two or more weeks before and a few days after. I also joined a gym and began exercising 3-5 times a week, which really helped to improve my overall mood. Once things were under control, it occurred to me that one of the reasons that I had gotten my tubes tied in the first place was so I didn't have to take birth control pills anymore! Hmmm. Another concerns was that as the economy's bottom was dropping out, so was my pocketbook, and I was feeling the pinch when paying for my meds. I decided to stop the birth control bills and to just manage on the antidepressant, which was cheaper. This went fairly well, but symptoms of severe PMS like the anger and frustration started coming back. I turned to my favorite vitamin website for help.

There I discovered a neat Omega-3 product called Oceans 3 Healthy Hormones, with OmegaXanthin. The description underneath the name says "Menopause and Hormonal Support". I ordered a bottle even though it's not cheap and I was pleasantly surprised. This product has really helped me to conquer the torturous PMS symptoms that once ruled my every waking thought. It never ceases to amaze me how powerful hormones really are, and how they can even affect your thoughts and behavior, not to mention your physical symptoms. This product is really helping me to feel normal, be pleasant and not over-react to my environment in a way that says I might change into the Incredible Hulk any second now and kill you if you get too close. I also really like the idea that it is natural and providing my body with important nutrients that I need and not an artificial answer concocted by a drug company. While this "fix" may not be much cheaper than what I was paying for the synthetic hormones in the birth control, it is undeniably safer and therefore a better choice.

All in all, I am just happy to be able to effectively control the wild and crazy symptoms that I experienced being the lucky sufferer of the worst form of PMS bestowed on womankind. If you suffer from PMDD too, you know what I mean. Personally I would rather just have bad cramps for a couple days. At least my family wouldn't be questioning my sanity.