How to Deal With Psychiatric Abuse

This is a shocking subject and you may be wondering what constitutes psychiatric abuse. There are many that say the whole idea of psychiatry is a form of abuse because of things such as forced admission into hospital, being locked up in seclusion, dubious medications and no testing to diagnose a mental illness in the first place. Those aspects hold a long and heavy debate, so in this article I am going to look at how mental health patients can be abused by the very staff that is there to protect them.

Psychiatrists, doctors, nurses, therapists and community workers are the people who do the sometimes difficult job of caring for our mentally ill but as with any caring profession, there are good carers and bad carers. In this article I want to look primarily at abuse by psychiatrists.

There is still much discrimination and stigma shown by the general public towards those who have a mental illness. There are those people, even family members that will use terms such ‘loony’, ‘mad as a hatter, ‘cuckoo’, ‘nuts’ and ‘lunatic’.

We have made some progress over the years but not enough to dispel the whispers or alienation of mental health patients from general society. So, those who have a diagnosed mental illness are already up against the world in some respects. When people are at the mercy of the mental health profession they should be able to breathe a sigh of relief. At last someone understands them, is there for them and will keep them safe. Is this always true? I’m afraid not. Mistreatment of psychiatric patients, although not common, does happen.

A psychiatrist is seen by the patient as a professional expert. We tend to be all trusting of such a knowledgeable professional to make us well. What isn’t evident when you first start seeing a psychiatrist is how much power and influence he has surrounding your treatment. A good patient/doctor relationship is vital to your treatment and ultimately your recovery. People who are under the care of psychiatrists are generally speaking ‘vulnerable’ people. This vulnerability is evident to a psychiatrist but a good psychiatrist will approach your vulnerability and suffering with care, compassion and dignity. Sadly, a few will exploit your position.

There are many occasions that a female patient will be alone with a trained or training male psychiatrist. Consultations with just the two of you may happen on a ward and most certainly in an out-patient capacity. You may be hearing voices, be extremely depressed and distant or in an agitated excitable state. Whatever your state at the time, the psychiatrist may inappropriately ask you questions about your sexual feelings as if it may be important to your illness. No one knows of this sexual banter because there is only the two of you in the room. You tend to answer because you trust this psychiatrist. For some it will seem confusing but you still answer because of this man’s authority as a professional. He may suggest listening to your heart as part of the consultation (because he can?). He may touch you inappropriately and I’m afraid there have been cases of actual sexual abuse to the point of rape.

According to The Psychiatric Crime Database, a study in numerous countries revealed that 10% - 25% of psychiatrists and psychologists admit to sexual abuse of patients.

All of this comes unexpectedly, is extremely shocking, can leave a patient confused and certainly mentally and physically damaged. Imagine this scenario. If there is no physical evidence of abuse, will this female patient be believed given that she has a mental illness? Will she be too scared to expose this psychiatrist for fear of reprisal and what may happen on doing so? Is she strong enough to handle this kind of abuse?

Of course there are more subtle ways that a psychiatrist can abuse a patient, male or female.

Have you been subject to abuse by -

Psychiatrists are people just like you and I and he may actually dislike you! He does however, have a code of conduct to follow and when he abuses his power or professional position and it leads to the abuse of a patient, it is a serious matter. The same applies for abuse by anyone in the mental health profession.

What to Do Following Psychiatric Abuse

Whether the abuse is subtle or very severe, if you feel it is wrong then you should muster any strength you have to expose what is happening to you. How can you go about this?

Don’t allow the abuse to continue. In the first instance tell someone what has happened. You may choose a partner, family member, friend, nurse or another professional but you must share your bad experience with someone. Don’t suffer silently and of course absolutely refuse to see the abuser again.

If you have been sexually assaulted or physically assaulted in any way it is a police matter. Physical or sexual abuse usually leaves evidence and it is vital that the police see these marks of evidence promptly. Take photos of any marks on the body. If you are an inpatient when this happens and someone has a mobile phone with a camera, try to take photos of any evidence. If there is no chance of taking photos, do show someone the visible evidence, preferably a member of staff but if not perhaps you could show another patient. That said, you have every right to call the police whilst an inpatient and should ask to do so if you feel you are able.

I know that some patients may not feel they can involve the police for fear of what may happen but abuse is abuse whoever is dishing it out! Don’t forget that if you have been abused it is likely that someone else has been abused before you and may be abused in the future. Exposing the abuse you have suffered will help other patients.

Note: Restraint - If you have suffered actual and visible bodily harm as a result of being restrained, there may be cause for allegations of abuse.

If you feel the abuse is distressing but less severe and doesn't warrant legal intervention, you should seek an advocate who can support you through a complaint process. Advocacy services are there for you when you hit problems with psychiatric care and will be able to explain the complaint procedure to you. If you feel unable to speak about certain things connected to your care, an advocate may offer to speak for you and this is accepted in the mental health services. They can attend meetings with you and support you until you feel the situation has been resolved. A peer advocate is someone who has personal experience of using the mental health service and this could be an option. 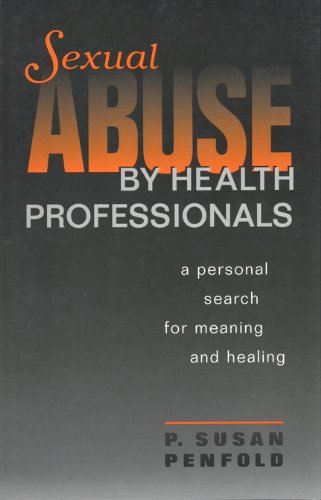 Speak out. Be brave. You have rights just as anyone else in society. If you speak out it will be helping many more from suffering needlessly. The number of undisclosed, abused mental health patients could increase the risk of suicide. I have discussed abuse by psychiatrists here but the same rights apply and the same help is there for you, regardless of who the abuser in the psychiatric system may be. You may be worried about how your mental health treatment is handled after an abuse claim but the fact is that you still have those same rights and all professionals still have a duty of care. If you find you are discriminated against in any way you can still seek support to deal with this.