Psychodermatology: Making the Link Between Mental Health and Skin Problems

Many skin disorders are worsened by stress brought on by challenging mental and physical issues. Stress, as we know it, is a relatively modern problem. As with most modern day health issues, medical specialists have emerged to treat such newborn illnesses. Psychodermatology-the field of study that links skin disorders to mental health- is one such new area of focus in the medical community.

Psychodermatologists are dermatologists that treat skin conditions by addressing the emotional state of the patient. Mental illness, stress, emotional distress, and temporary anxiety from a trauma can all affect the skin in adverse ways.

The skin is a living organ that reflects the overall health of the person who wears it. Nearly everyone has experienced some form of skin condition during their life such as dandruff, acne, rashes, hives, shingles, and psoriasis, to name a few. These disorders can have a genetic component, but most are worsened by stress and/or mental anguish.

Stress can affect overall health, including skin, in a negative way. Stress can slow metabolism, increase harmful cholesterol, reduce immune system resistance, and cause havoc in the body’s nervous system. It can also inhibit the body’s healing methods. 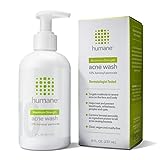 Acne-In 2003, a Stanford University study showed that students under pressure due to exams were more likely to have their acne worsen during these times than in less stressful periods. The study showed that only students who already had acne were affected by the stress; students without acne present before exams did not generate any skin issues during the same period of time. Researchers believe that when a person is under pressure, more oil is produced which clogs pores producing acne.

Dandruff-A fungus is the cause of annoying dandruff and stress can aggravate the problem by lowering the immune system which makes it harder for the body to fight off the fungus.

Hives-The body can only handle so much stress before it starts to fight back or even shut down. Too much of the stress hormone cortisol can cause hives to pop out on all parts of the body. Stress related hives is an allergic reaction caused from the body being "washed" in too much cortisol.

Psoriasis-Many sufferers of psoriasis report the onset of the disorder during a time of tremendous stress. Many sufferers also state that stress makes the breakouts worse. Cortisol has been documented in tests showing elevated levels in psoriasis patients.

Vitiligo- The whitening patches of skin Is a pigmentation disorder in which the cells that make pigment are killed. It is commonly thought to be an autoimmune disorder. Recent studies have shown a correlation between personality disorders and vitiligo. The extreme anxiety, worry, tension and even violence that people who have personality disorders exhibit can break down the body, including the skin’s defenses to protect itself.

Dysmorphophobia-Also known as body dysmorphic disorder, it is characterized by a fixation on an imaginary flaw such as an acne scar or wound scab. Related mental illnesses that develop this disorder are obsessive-compulsive disorders, schizophrenia and dementia. This can result in excessive picking of an acne scar or wound scab creating a larger skin problem than originally occurred.

Trichotillomania-The compulsive habit to pull hair that results in patches of baldness and broken hairs of different lengths. In children, it develops as a nervous tic but in adults it can become a psychiatric compulsive disorder.

Stress Reduction is the Key

If you suffer from a skin problem that you know is made worse by stress, then prevention must be part of the treatment plan. A psychodermatologist will more than likely suggest some type of therapy from a mental health professional. Talk therapy is one of the most popular forms of treatment for stress related issues. Group therapy can also be very effective, allowing you to share with others your worries and concerns.

Other forms of treatment that might be included are meditation, yoga, regular exercise, spiritual development, and proper nutrition.The medical community, in large part, has come around in the acceptance of how spirituality plays a role in healing. Research has shown that prayer, meditation and positive thought can change brain waves to promote healing.

Meditation is Good for the Soul

Her blog, Sowing A Simple Harvest, chronicles a modern couple trying to live a simplistic, sustainable life. To explore Catherine's professional credentials, visit her website. She can also be followed on Google+.