In India, it is popularly called ragi. Among other Indian names for it, are, mandua, mangal, kodra, mandia & nachni.

Though finger millet originated in Africa it has been cultivated in India for about 4000 years. It is extensively grown and consumed in South India. Uganda and Ethopia are the other countries where it is cultivated on a large scale.

Finger millet is a minor but common cereal in India and belongs to the family of grasses. They have small seeds/grains, and the plant, like all millets, is extremely hardy & adaptable. It can grown in the least of fertile soils and in very diverse ecological areas, from plains to plateaus to hills. It is especially suited to hot and dry areas as its water requirement is very less.

Ragi is a gluten free grain that is commonly used as flour in India, to make roti, the Indian flatbread. Besides this, finger millet is used to make porridge, puddings, idlis, dosa, laddus and, even, beverages.

Ragi mudde (balls of ragi) is a very popular preparation made from ragi flour in Karnataka state of India while homemade ragi malt is a popular infant food in South India.

In the Tamil Nadu state of India, ragi porridge is a popular offering to Goddess Kali during any festival associated with this Goddess.

Finger millet is most of the time sprouted, then dried and roasted before it is ground into a flour. This is so because sprouting activates enzymes which breakdown complex starches into sugar & other simple carbohydrates, making it easier to digest.

Though looked upon as a poor man's food, as it is mostly grown in third world countries,

finger millet is a grain that deserves more respect than its more popular, contemporary grains, because of its exceptionally higher nutrient levels. For individual nutrient values, and how they relate to their daily needs, please refer to the nutritional table below. The high calcium levels help in bone development in children as well as maintaining the strength & integrity of bones in adults. This helps to reduce risk of bones getting fractured or broken as well of osteoporosis, the thinning and weakening of bones, as seen in the elderly.
Include ragi kanji or porridge in diet of children and adults to enjoy the benefit of having strong bones.

Because the dietary fiber is high, it is slowly absorbed into the blood. This helps blood sugar spikes. The complex carbohydrates and the phytochemicals too are helpful in controlling diabetes. Finger millet helps in quicker wound healing in diabetics.

High antioxidant levels, the phenolic acids, flavonoids and tannins, all these help prevent inflammation and oxidation, destroy free radicals, factors that promote the risk of cancer and heart disease.

Finger millet not only reduces LDL cholesterol but also triglyceride levels. It also prevents their oxidation thereby preventing their deposition in the arteries as plaque which causes heart attack and stroke. It therefore reduces risk of heart attacks and stroke.

The aminoacids lecithin, methoinine eliminates fat from the liver while the threonine prevents fat formation in liver.

The phenols and antioxidants in ragi prevent crosslinking of collagen in the blood vessels, tendons and skin, thus maintaining their elasticity and preventing stiffness. This delays aging and its symptoms.

The aminoacid tryptophan reduces appetite. Since ragi contains high levels of tryptophan, as also dietary fiber, and is low in fats which are in unsaturated form, the combined effect of all these is reducing weight by reducing hunger pangs by keeping one full longer and slowing down the absorption rate.

High iron levels raise hemoglobin levels while the vitami C that is produced when ragi is sprouted, makes the iron more bio available and readily absorbable.

Ragi acts against several bacteria including the food poisoning causative Bacillus cereus, the typhoid causing, Salmonella typhimurium, and the Staphyllococcus aureus which causes skin and tissue infections like abcesses as well as cellulitis.

Since ragi is malted before consumption, it has increased digestibility and nutrient availability. This makes it an excellent infant food as it not only provides high levels of nutrients necessary fro growth but is also easy on the infants' stomach being easily digestible.

Green ragi (before the grain matures) promotes lactation. Also, as it has many essential amino acids, iron and calcium, it benefits both the mother and the child. 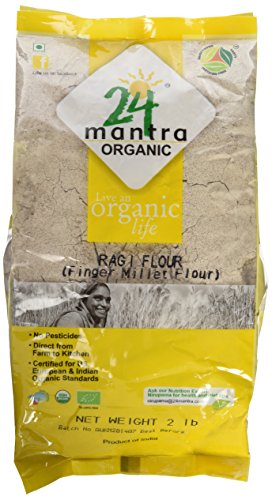 More Hubs By The Author