Rosemary its past and present medicinal uses

Rosemary belongs to the Order of plants known as the Lamiales and the family Lamiaceae {mint family}. Rosmarinus the genus name of this species derives from Ros-indicating dew + marinus alluding to the sea, the specific name of officinalis means it was sold as a drug in the Apothecary.

Rosemary is a well known and popular garden species in many countries of the world and its medicinal and culinary uses are almost as well known. Here we review the species through the historical notes of past herbalists, and other eminent writers. As always we commence with a description of the subject under review.

Rosemary is an evergreen, shrubby plant, much branched leafy and downy, it attains the height of three to five feet. The foliage is sessile,and arranged opposite to each other. they are linear from about an inch long, deep green and shiny above, downy or whitish below and the margins are revolute.

The flowers are axillary, arranged in opposite cymes. there is an ovate-concave, tomentose bractea {small bract} at the base of each stalk.. The calyx {sepals etc} is slightly pubescent, bilabiate, compressed at the summit.. The upper lip emarginate, rather short, the lower with two lobes. The corolla {petals etc} is pale blue, variegated with purple and white, ringed with the longer calyx. The upper lip oblong, erect and bifid. The lower lip spreading with three unequal lobes. The middle lobe is large and concave, roundish and somewhat wavy at the margins.

There are two stamens with subulate filaments, curved and longer than the corolla, with a small recurved tooth near the base behind, the anthers are oblong, incumbent and of a bluish colour. The fruits {seed capsules} consist of four achenia situated at the bottom of the persistent calyx. 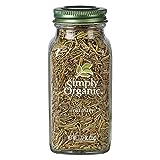 Rosemary grows abundantly on the rocks in the southern countries of Europe. It was probably introduced into the UK by the monks in the Middle Ages, and as ever since featured in the gardens of the Uk where it flowers in April and May.

It was commonly used in garlands and chaplets, it featured at weddings and funerals in archaic times. It was not uncommon in some parts of England to put rosemary in the coffin {casket} and to distribute the sprigs among the mourners, who threw it into the grave. Shakespeare alludes to this in Romeo and Juliet---" Dry up your heart, And stick rosemary on this fair corse". Gay also alludes to it in his poem Shepherd's Walk.----

" To show their love, the neighbours far and near

While dismally the parson walked before.

Upon her grave the rosemary they threw

The daisy, butter-flower, and endive blue"

The wild rosemary is much larger than the cultivated varieties and the flowers also are larger and deeply coloured, and the leaves green on both sides and plain at the margin. Rosemary prefers a naturally dry soil.

In some parts of Germany, rosemary was cultivated in great quantities in pots by the commercial growers, for the purpose of selling twigs of it when it came into flower, in winter and early spring for religious purposes.

Rosemary medicinal and other uses.

Rosemary was once sometimes used , on the continent, to flavour hams and rice etc. It was extensively employed in the preparations of various perfumes and cosmetics and it was constituent of the famed Hungary Water.

The aromatic aroma associated with Rosemary derives from a volatile oil, which rises in distillation with water, and which was combined with camphor. the oil is of a pale yellow colour or greenish, and is very fragrant. It is on record that about one drachm was obtained from a pound and a half of flowering tops. Rosemary tea was a favoured remedy with country people. It was also combined with the dried petals of the red rose and balm in medicinal uses.

Rosemary was considered essentially as a tonic and excitant and when ingested produced a heat in the stomach. Its excitant powers are particularly transmitted to the nervous system and its stimulates all the organic functions.-thus it augments the action of the heart,accelerates circulation.

As a tonic it was considered useful in atony {lack of normal tone and tension in the muscles}, and debility, however, its stimulating properties was not recommended in inflammatory cases, nor that which was accompanied by heat, thirst,dryness of the skin or other irritations. Physicians employed Rosemary when patients were suffering from nervous diseases, in hysteria, apoplexy { sudden loss of consiousness}, asphixia, paralysis and against paroxysms { any fit or convulsion} of some intermittent fevers, as in idiopathic {unknown cause} dyspepsia {indigestion or upset stomach} .

In female complaints especially those arising from obstruction in leucorrhoea { a yellowish discharge from the vagina} and in chloraris { once common in young adolescent girls caused by a lack of iron in the blood}. Its emmenagogue {increases menstrual flow} effects are explained by its action on the vessels of the uterus in common with the sanguineous system.

Dr Cullen {1800's}, stated it has some reputation as a cephale { related to the head} , or as a medicine that gently stimulates the nervous system, it is hardly capable of affecting the blood flow. This opinion seems to have been contradicted by its Diaphoretic { promotes or causes sweating} influence in recent and chronic colds, in humid asthma and according to Welsch, in chronic diarrhoea.

Externally it was employed in baths for paralysis and also for an ingredient in fomentations, to disperce indolent tumours and eccymosis { discolouration of the skin caused by bruising}, free from pain. Heister and Kuechlef asserted that they have witnessed excellent effects from the topical application of an infusion or decoction of this herb to scrofulous tumours of the neck. Applied dry in bags, it was sometimes used to remove bruises, and against oedema { an excessive accumalation of serous fluid in the inter-celluar spaces of tissue}. Infused in wine, and applied warm it was said to 'stay off' mortification.

Most of the older herbals seem to convey, the best way of taking Rosemary, was by way of an infusion or tea. The essential oil was given in doses of from one to five drops in sugar, yolk of an egg or any other convenient 'vehicle'

An infusion of Rosemary was produced in the following manner--

The dried tops of Rosemary two ounces to one pint of boiling water. This was infused for a quarter of an hour, and strained. The dose was given as one ordinary cupful every four to six hours.The Pharmacopoeia Danica {1805} conveys how to make Hungary Water.

Take of flowers of Rosemary one pound. Of Lavender four ounces. proof spirit six pounds.Digest for 12 days, and distil three pounds-it was used for the same purpose as Eau de Cologne

There was also a recipe to make an Aromatic Vinegar---

Take of Rosemary tops-dried, One ounce.

Lavender flowers-dried, Half an ounce.

Cloves Half a drachm

Macerate for seven days and filter the expressed liquor. This was regarded as an agreeable cephalic and nervine medicine.

Finally Louden, expresses that it was formerly held in great esteem as a comforter of the brain, and a strengthener to the memory, and on the latter account it was considered as the emblem of lovers.

Today, Rosemary is used in a plethora of products such as air fresheners,skin care,shampoos,bath and toiletries, and even as insect repellents. In herbal medicine for arthritic conditions, bronchitis, cellulite, circulation, colds and in the kitchen. It is used by some herbalists to stimulate the central nervous system and circulation. Some employ it in cases of low blood pressure and lethargy.

It is believed by some authorities to produce the best hair tonic available. It is reputed to prevent hair loss, or to add body and shine to healthy hair. In skin products it helps to tone and soften the skin. The oil is used in massage oils, used in this way it is claimed to help tone the circulatory system. It is also beneficial when added to bath water.

Rosemary tea is said to be revitalizing and as a bonus this same infusion can be used as a hair wash or as an aromatic bath water additive. For such infusions use a teaspoonful of fresh chopped herb infused with boiling water in a closed container. If an infusion is required to use as an hair tonic or bath additive use 3-4 teaspoons of chopped leaves.

To treat exhaustion, especially after infection add one teaspoon to 250 of cold water, slowly bring to the boil and simmer. Drink one cup each morning and afternoon. Oil of rosemary is said to contain anti-bacterial and anti-fungal properties.

As with all herbs if you are to use them for medicinal or culinary purposes please use a little at a time to test your bodies tolerance level. 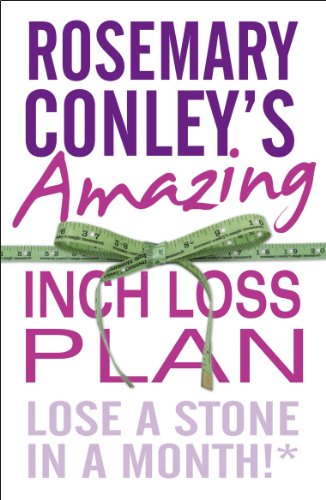 Rosemary as a garden plant

Rosemary was introduced to England, from southern Europe in 1548 and there was then varieties with silvery,golden and broad leaves. The plants were placed in light soils and were propagated by means of cuttings. These should be made from the young shoots in autumn, and inserted into sandy soil.

In 1838 Loudon, in his book Arboretum et Fruticetum Britannicum, writes of the rosemary growing in the Twickenham Botanical Garden {London} and the gardens of many small villas, where a breoad leaved variety, which when trained against a wall attained the height of 10-12 feet. he states " as the plant flowers from January to April, it forms, when so treated, a very desirable garden ornament"

In Narbonne the rosemary was so abundant, partly from being indigenous but frequently from being used there to form hedges to gardens, that it communicated its flavour to honey, which was said to be the finest in France.

Now in these modern times the rosemary has been cultivated to grow smaller and more compact than the old varieties. The genus is of evergreen shrubs grown for their flowers and aromatic foliage, which also have the advantage of being culinary herbs.

Most are frost hardy but in cold areas need to be grown against a south or west facing wall. They require sun and just as importantly a well drained soil, particularly when grown in containers. Any frost damaged parts can be cut back hard to healthy wood in spring. Any straggly old plants can be cut back at the same time. Those that are grown as a hedge should be trimmed back after flowering. The plants should be propagated from semi-ripe cuttings in the summer.

Rosemary growing in a container.