Health and Safety Concerns About Plastic, Meaning of Recycling Codes

The Truth About Plastic

Ever since the word was given deeper cultural meaning in the film "The Graduate," our society has had a growing fascination with and reliance upon all things plastic. It is an unavoidable component of many parts of daily living for most people in the United States and urban centers worldwide. Our food and water is packaged and shipped and consumed from plastic containers and many studies have shown that the chemicals from these containers may leach into the food or liquids they hold, eventually entering and being absorbed by the human body. While there is some controversy about how much is absorbed and how detrimental this is to the individual, it is hard to deny that plastic may pose a health threat to the consumer, even if all the data is not yet conclusive. Here is a breakdown of the latest information on plastics as a safety concern.

First of all, the plastic bottles and containers that are used for packaging food should all be labeled with a recycle code. This is a number (between 1 and 7) that is surrounded by a small graphic of three arrows pointing at one another in a triangle. These numbers tell the recycle center what kind of plastic the container is made of and they also tell the consumer whether there is a known potential health hazard. Bear in mind that simply because there is a known "potential" health hazard, it does not mean that you are going to be immediately ill if you find you have been using a product in that category. In fact, for some of the chemicals to leach out of these "dangerous" plastics, the container must have been heated with the food or liquid inside; sometimes the level of heat required is greater than the boiling point. However, we should all be aware of what we are using and what it may mean. Likewise, simply because there are no "known" health hazards does not mean that a plastic is always going to be completely safe under all conditions. The point here is not to frighten, simply to remind us that when dealing with artificial chemical products we must always be open-minded and educated.

The following plastics have no confirmed health hazards:

UPDATE: A note on antimony leaching

Antimony trioxide is used as the catalyst in the manufacturing process of polyethylene terephthalate (PET), which is the most widely used material for drinking bottles. Because antimony trioxide is considered a highly toxic material, there is much concern about whether it will leach into the water contained within PET bottles. While a number of studies have been done internationally, not much has been studied within the United States. However, an article done through the Department of Civil and Environmental Engineering at Arizona State University, does imply that there is some leaching possible, especially at excessive temperatures and with prolonged exposure. Under normal storage and use conditions, the amount of detectable leaching is well below the levels considered to be safe. However, the study from ASU does suggest that alternatives to PET are considered, especially for areas where the climate tends to be hot. A Lebanese study indicated similarly that the level of leaching is highest when the liquids are exposed to excessive heat for an extended period, however an interesting sidebar is that not all brands leached equally. In fact, one brand studied appears to have had no significant leaching even over a storage period of approximately two years. Also of note, small bottles leached more significantly than large bottles (with more surface area contact according to volume). The main take away here seems to be that if using PET bottles, it is important to keep them stored properly and not rely on them for long-term storage if possible. In other words, don't leave them in the car on a sunny day. And, when possible, use glass or another plastic option.

The following plastics do have known potential health hazards:

Code 3: Polyvinyl Chloride, or PVC / Vinyl. This material, used often in flooring and shower curtains, as well as household water pipes (primarily for evacuation only - they should never be used to bring fresh water into the home), used to be used in cling wraps. The plastics industry is adamant that the type of PVC currently used in cling wraps does not contain the phthalates that are known endocrine disrupters. However, these phthalates may still be present in PVC bottles and toys. There was recent information that many baby teethers were also made from PVC, due to its soft flexibility. PVC or vinyl items should never be given to a baby or child who may put them in his or her mouth.

Code 6: Polystyrene, or PS / Styrofoam. As well as being another endocrine disrupter, styrene is also believed to be a carcinogen. This plastic is used to make some types of disposable forks, spoons and knives and also the "foam" cups such as those sold under the name Styrofoam. Hot liquid can cause the styrene to leach out of these products, as can fatty oils or alcohol.

Code 7: Other "resins" and Polycarbonate, or PC. This one has been hotly contested by the plastics industry because of the high heat required for the endocrine disruptor, Bisphenol - A (BPA), to be released. However, BPA is a primary component of PC plastics and is a verifiably dangerous compound. PC is largely used for water bottles of the type used for delivery services (multi-galon containers) that fit on the "watercooler" at home or office. Many clear baby bottles are made of PC and there is much in the news about the controversy of these bottles not being labeled with any code so that consumers cannot tell what type of plastic is used. With baby bottles, this is a real concern, as many people boil the bottles with formula or milk inside them. PC is also used in food cans with a plastic lining. Whenever possible, it is recommended that these plastics not be exposed to high temperatures. The plastics industry insists that they are completely stable under most conditions but some studies suggest that leaching still occurs.

Suggested alternatives include using glass bottles when possible and avoiding plastic toys when there are other alternatives, especially with regard to teething. However, as recent recalls of toys due to lead paint content have shown, even the "safer" wood products may be dangerous if they have not been tested or come from a reliable source. Many imports, especially from large exporting countries like China, have not been as rigorously controlled as they should have been, though industry does seem to be making efforts to monitor these imports more thoroughly. The fact is that many people are becoming more educated and informed about the health issues created by an economy driven more and more by convenience and cost savings. Organic items are becoming more popular and their availability is more wide-spread.

Unfortunately, it may take generations to fully understand the implications of new technologies or chemicals that we have come quickly to rely upon. There is no need to panic, but we should be cautious and we should remain as informed as possible because it is not merely ourselves that we should be concerned for: these are issues that could affect our children and their children in an ever increasing manner.

How Do You Use the Codes?

How do you use the recycling codes on plastic items? 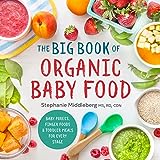 The plastic recycling number codes are an important tool for understanding the materials we use in our daily lives. Whether it is for the betterment of the planet, by properly using the codes for appropriate sorting and recycling, or the betterment of our personal health by making choices about the plastics we buy and their uses, it is important to learn and understand the meaning of these codes.

The more educated we are as consumers, the better off we all are. Since the late 1950s, toxins like BPA have been brought into our marketplace without consumer knowledge. While plastics have done much good for the betterment of society, our understanding of the chemicals used in their manufacture and advancements in technology have changed dramatically over the years.

New research is coming out all the time. And corporate propaganda is released to counter many of the claims. Weeding through the information and disinformation can be a full-time job. The plastics industry relies on the fact that their products are often approved by government agencies (such as the FDA) for meeting safety standards without acknowledging that these standards may not be adequate or may not address all the concerns involved with particular products. Over the years, many products that had been approved at one point have been removed from the market because of new studies. It can take years for the government to catch up on the science before enforcing new restrictions. Still, regulatory agencies have a tough job and often do their best to keep up to date, even against insurmountable odds and both corporate and political opposition.

Nothing speaks louder than consumer support - or lack of it. Choose your products wisely and you can affect positive change.