Recommended Reading and supplements for Depression 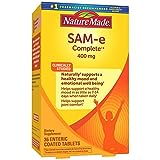 With 50% of the American population currently on some type of anti depressant, or anti anxiety medication, I felt the need to report my recent findings. To dispel the disbelief in Holistic medicine, as being witch craft, and the misinformation. This knowledge, and these current trials have only begun to surface within the past ten years.

In clinical trials 600mg to 1200mg of Saint John's Wort was found to be just as effective as Sertraline, (Zoloft). With fewer side effects. The side effects of most SSRI's include dizziness, insomonia, anxiety, and diareha. June 23, 2006 Pubmed.

That SSRI's where not effective, nor was St. johns wort, in the treatment of ADHD. Omega fatty acids where found to be effective.

My conclusion, I would try St. John's Wort First.

There are drug interactions with St. John's Wort. They include oral contreceptives (possibility of pregnancy), anti coagulants, hiv protease inhibtors, and digoxine. Do not take with other anti depressants, or MAO inhibtor. If you are taking these prescriptions, it is best to consult a pharmacist, or physician before taking St Johns Wort.

Other recommendations include the following, and have been found to be very effective.

Essential fatty acids, B complex, and increase complex carbohydrates. See my other articles concerning these supplements.

Other recommendations include, Do not Combine With other anti depressants, or with each other. Choose only one.

5HT: 5-hydroxytrytophan, as directed on the label. Many recommend this supplement. Dr. Mathews disagrees.

Sam-E as directed on the label. Works in the same way as many of the SSRI's without the side effects. Do not use if you have manic depressive disorder, or take a prescriptive anti depressant.

L-tyrosine as directed on the label. Raises dopamine, and adrenaline production, as well as metabolism, reduces carb cravings, and suppresses appetite. Helpful for low energy depression, not anxiety, or panic disorder. A naturally occuring amino acid present in high protein foods, such as almonds, avocados, bananas, as well as pumpkin seeds, and sesame seeds.

L-Trytophan as directed on the label, helpful for Panic Disorder, Anxiety Disorder, as well as insomonia. Present in the following foods, brown rice, cottage cheese, meat, peanuts, and soy. Do not take if you have liver disease. Do not combine with any other anti-depressant, over the counter or prescription.

Vitamin B3 Niacin- 50mg x3 times a day. Do not take if you have aliver disease, gout, or high blood pressure. Niacinamide might be a better choice.

Gaba 750-1200mg Daily. Has a tranquilizing effect, much like Valium, and Xanax, not as harsh, nor is addicting. Do not take if you have liver disease.

For Bi Polar disorder. Lithium by prescription only. Dr Mathews uses a natural lithium, derived from a vegetable protein, and available through health recovery.com or by calling 1-800-247-6237. 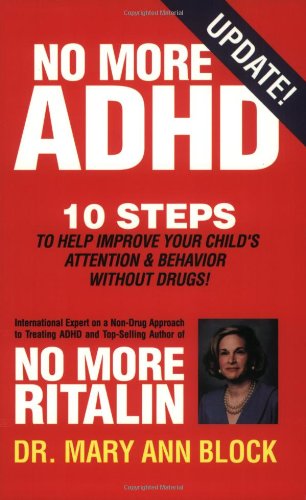 An exerpt from Dr. Blocks book, No more ADHD

Taking the time to find the underlying causes of a health problem, does not fit in the

quick, cheap fix, environment of managed care. A drug to cover the symptoms is usually

the treatment of choice under the managed care mode. Without doing much else, doctors

can prescribe a drug quickly and move on to another patient. Many parents feel pressure

to put their child on drugs because most of the time the doctor offers no other options.