Seasonal anxiety disorder (SAD) is a common term for seasonal affective disorder or winter blues. It is a mood condition commonly causing depression, anxiety and sleep disruption. It usually begins in late autumn or early winter and is resolved by summer. There is also a condition known as summer seasonal affective disorder or summer blues which occurs much less often than SAD and has an onset in late spring or early summer and resolves by winter. This article will discuss the winter induced seasonal disorder.

We can see SAD presenting in varying degrees of severity from a mild form to a severe and more debilitating form with a firm diagnosis of depression. The diagnosis is now recognized as form of mental illness as it is listed in the American Psychiatric Association’s Diagnostic and Statistical Manual of Mental Disorders.

Who Suffers from Seasonal Anxiety Disorder?

Anyone can suffer with seasonal anxiety disorder but these factors have been noted.

These are some of the symptoms which would typically begin around September to November.

Gradually one would loose these symptoms in the spring months.

The definitive cause of SAD is actually unknown and there is much research still ongoing but the following are thought to be involved.

This is thought to be the primary cause of SAD. There is less natural light in the winter. When light travels through the eyes, it then carries on through to the part of the brain that controls the internal Circadian rhythms or biological clock of a person. Dependant upon how sensitive this area is to the varying levels of light, a person could encounter a shift or change in such things as their sleep patterns, hormone levels, mental alertness and activity. Serotonin levels are linked to depression and bright light increases levels of serotonin.

The pineal gland secretes the hormone melatonin which is directly involved with our sleep/wake cycle and influenced by light levels. As darkness falls the pineal gland produces more melatonin and prompts us to feel sleepy but as we sleep the secretion in melatonin declines slowly with the approaching dawn and prepares us to become awake. If melatonin doesn’t decrease sufficiently it would make us feel very tired, lethargic or have difficulty waking in the mornings. People who suffer with SAD have been found to have something called delayed dim-light melatonin onset (DLMO). In these patients it is suggested that as darkness comes there is a delay in the increase of melatonin secretion and feeling sleepy falls behind by a couple of hours or so.

If we don’t get enough sun in our lives we are at risk of not producing enough vitamin D. Vitamin D deficiency can produce symptoms such as lethargy, sleep disturbance and depression. Usually and naturally we are able to have sufficient vitamin D just by exposing ourselves to enough sunlight throughout the year ready for when winter comes. A simple lab test can show if a person is deficient in vitamin D. It has been shown that a supplement of Vitamin D has helped to lessen the intensity of symptoms encountered by a SAD sufferer.

There are many working on the theories of why people get SAD but although this is not a recognized theory, I would like to point out the following that may prompt or antagonize this condition.It is recognized that people usually suffer more with the winter related seasonal anxiety disorder than that of the summer variety. All of the above causes seem very legitimate but let’s look at what is happening at that time of the year.

Tips for The Winter Blues

This is a popular form of treatment that results with a good measure of success if used correctly. You can’t just use any old bright light and must buy the correct form of light or light-box for it to be affective. Exposure to light that is brighter than your indoor light but less light than natural sunlight is used in the form of a lamp. The most effective results are found if used early in the morning upon awakening, usually for at least 30 minutes but you should seek professional advice on timing and duration issues. Within several weeks of use you should expect to see a lessening of symptoms. Side effects have been noted with light therapy such as headaches, eyestrain and nausea.

Low dose melatonin taken nightly may help this disorder. Ask to have your vitamin D levels checked as a supplement can be given. Alternatively make sure you eat foods rich in vitamin D such as oily fish such as mackerel, herrings and sardines. Eggs are a good source too. You can of course buy cod liver oil to take each day as a supplement. 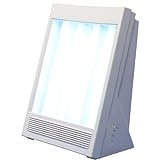 Specific antidepressants may be used but you should discuss with your doctor the effects these may have on your melatonin levels as some antidepressants can interfere with those levels. Fluoxetine and paroxetine are popular medications for this disorder.

Therapy or counseling can help us identify mood changes and how to deal with the symptoms that arise.

Try to get as much natural sunlight as you can all the year round. Take off those sunglasses now and again to let natural light pass through your eyes!

If you feel you have suffered distinct mood changes and some of the symptoms above around the time of the months stated, you should see your doctor to receive a firm diagnosis. Most doctors would want you to have suffered at least two consecutive years to indicate the possibility of SAD. With the right therapy there is hope that the disorder can be corrected. Be aware also that existing mental health problems such as bipolar disorder can be affected by seasonal anxiety disorder.