When something goes wrong with our senses, it gets frightening in a hurry. However, some people are born with a certain type of neurology that alters the way their brains perceive sensory information from the world around them. These people have something called Sensory Processing Disorder, or SPD for short.

What Are Our Senses?

When we talk about our senses, we usually mean the five basic senses of touch, taste, sight, smell and hearing. Occasionally, the sixth sense, or psychic sense comes up.

In reality, we have seven:

Usually, our bodies naturally acclimate to our surroundings, and can adjust to the level of sensory input we’re subjected to on a daily basis. Naturally, infants and young children are more sensitive than older children and adults, but sometimes that sensitivity is abnormally high, or abnormally low.

What makes the abnormal sensory perception difficult to handle is that it’s most often first observed through the behavior of young children. Since this happens before most children are old enough to know how to communicate adequately, it’s difficult to tell why the child is acting they way they are.

Once all physical problems are eliminated, there are specific symptoms you can look for in relation to each of these senses.

Auditory Integration Disorder is one of the most common forms of SPD. It’s commonly found in dyslexics, people on the autism spectrum and can be present in folks without any other diagnosis.

They can also be over- or under-sensitive to specific tones, like high tones or low tones, and have difficulty filtering out background noise.

This gets in the way with their social life and school, because it can make understanding what a teacher or someone they’re conversing with next to impossible. It can also slow down the process of learning how to speak dramatically.

The attentional issues associated with this disorder are also sometimes misdiagnosed as ADHD.

If someone has problems telling numbers or similar shapes apart, or if they have issues differentiating shades of color, they may have a visual processing disorder.

Visual processing disorders can affect visual memory, which is how you remember what you’ve seen, and hand eye coordination. There may also be difficulties in identifying what an object is when only a piece is visible.

One of the more dangerous and embarrassing aspects of this particular disorder is when it affects depth perception and hand-eye coordination. Sports become much harder to participate in because the individual can’t gauge how far or close a ball is, or when the put up their hands to catch it. On a social level, the child ends up being passed over during recess and physical education, because they do so poorly on the field.

There has been some research indicating that this disorder may have some sort of relationship with learning disabilities, like dyslexia.

Of course it’s natural to have issues differentiating between similar letters and numbers as the person is still learning to read. However, if reading difficulties don’t improve on schedule, it’s time to get your child evaluated for learning disabilities or a possible sensory processing disorder.

We all know what it feels like to put on an itchy sweater or break in a new pair of shoes. Usually, our nervous systems naturally get used to be sensations so we can concentrate on other things. When someone has tactile processing disorder, their nervous systems aren’t able to do that, and sensations may be elevated into pain.

Conversely, it’s also possible that the child is under-responsive to touch or can’t feel anything but deep pressure. If this is the case, the individual may hurt themselves, but not be able to sense it until the injury is severe enough, or it’s noticed visually.

Some common symptoms are:

The best way to help a child cope with this is to find a good occupational therapy program, and to never push a child to touch something until they're ready for it.

Because taste and smell are so intimately linked, I decided to include them in the same category.

At first, it can be hard differentiating between if a child is being picky or if they have a genuine taste related sensory problem. One key element to remember is that we use our sense of smell more often than we use our sense of taste. This fact is important, because it may help parents spot helpful patterns in their little one’s behaviors.

Besides making mealtime very difficult, it could have a direct impact on the individual’s health. If eating becomes a problem, it’s very easy to come down with malnutrition related diseases and disorders.

An occupational therapist should be able to offer you guidance on how to treat this disorder. However, at home, it’s ideal to avoid strong air fresheners or other scents that offends the child until their tolerance matures.

The proprioceptive system tells us how our bodies are moving and where our body parts are in relation to each other. It also tells us how much pressure we use, and how we must move to complete certain tasks. Even when we’re sitting down, it’s working to tell us how to maintain our posture.

When this system is under responsive, the individual won’t be able to estimate things like necessary pressure or their location in space. This can lead to social problems, because they may be more likely to bump into their peers or accidentally break things like pencils or crayons. The other kids may not understand that this behavior isn’t on purpose and react defensively.

An individual can be over responsive as well, prompting a child to be less likely to take part in physical play, which may make them appear antisocial. Again, this is a result of the misconceptions of others about the student’s behavior.

Occupational therapists work with people with this form of SPD with individualized forms of movement therapy.

The system tells us when we are in motion. It’s what tells us when we’re spinning, swinging on a playground, or spinning around. It works through the tiny hairs in your ears, which register position, movement and balance.

Like the others, this type of sensory processing disorder can manifest in either oversensitivity or under sensitivity. This is most likely why children with the disorder spin in place, so they can get the sensation that they’re missing when staying still.

However, your child needs to be assessed for sensitivity profile before being diagnosed with this disorder. Once the assessment is done, the right kind of behavioral and occupational therapy can be of great use.

It should be noted that some physical illnesses can cause similar symptoms. If you’re worried that your child may have any of these disorders, take them to a pediatrician to rule out any physical ailments first. If your child does have SPD, the sooner you can get them into appropriate therapy, the better. 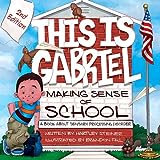 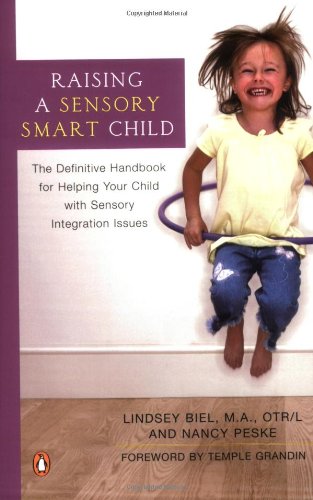 Raising a Sensory Smart Child: The Definitive Handbook for Helping Your Child with Sensory Integration Issues
This book is full of easy to understand information and suggestions about how to help a child develop sensory coping skills.
Buy Now