How to Use Melatonin to Sleep Better

Having issues with sleeping is a problem faced by a large chunk of humanity nowadays. Wherever you are, you can easily find at least a handful of people that have problems with their sleep, from not being able to quiet their minds to initiate sleep to near insomnia.

Additionally, not being able to sleep properly in general is specially problematic to people who have intellectually challenging jobs, such as lawyers and medical professionals, since it lowers their cognitive responses, and also for police officers and athletes, since poor sleep makes one's reflexes slower. It is also very problematic for students in general, one of the groups most affected by sleep related problems.

Sleep related problems can arise from a multitude of issues, such as mental and physical stress, emotional problems, viral infection, muscle pain, back problems, poor eating habits, etc. What's even worse is that not sleeping properly can cause a whole collection of other diseases and disorders, and when such issues escalate to the point of insomnia, it can even trigger mild dementia and depression.

Considering this, its no exaggeration to say that, once one notices that he or she is having sleep problems, said person should always seek a way to improve their sleeping experience somewhat. Since time has always been an issue, people tend to focus on improving their sleep quality first.

The Center for Disease Control and Prevention - CDC considers insufficient sleep and poor sleep quality as a very real public health issue in the US.

Analysis has shown that "Sleep is increasingly recognized as important to public health, with sleep insufficiency linked to motor vehicle crashes, industrial disasters, and medical and other occupational errors. Unintentionally falling asleep, nodding off while driving, and having difficulty performing daily tasks because of sleepiness all may contribute to these hazardous outcomes. Persons experiencing sleep insufficiency are also more likely to suffer from chronic diseases such as hypertension, diabetes, depression, and obesity, as well as from cancer, increased mortality, and reduced quality of life and productivity."

Since lack of time for proper sleep is a problem that pretty much everyone faces nowadays, people have started searching for ways to increase their sleep quality overall. Studies have indicated that a good way to reap benefits from sleep is by increasing the quantity of REM sleep one gets every night.

REM, which stands for Rapid Eye Movement, refers to one stage of sleep in which one's eyes start moving rapidly from side to side, and is indicative of the onset of the deepest stage of sleep and of the most important thing that comes along with it: dreams.

People don't put much thought on the importance of dreams for one's health, which is partly justified, since current day science doesn't tell us much about how, or even why, we dream, much less why we'd need REM sleep to stay in good health. What we do know, however, is that REM sleep is very important for one's health, since the lack of REM sleep has been linked to multiple health problems, mainly the decrease of learning abilities, general cognition, lowered reflexes and an increase of apathy.

In the face of these problems, people have started seeking alternative ways to improve their sleep quality. Among these options, one has caught a fair bit of attention: melatonin.

Contrary to what a lot of people think, melatonin isn't some sort of synthetic sleeping drug or any such thing.

In the human brain, melatonin helps to regulate and improve sleep, and is one of the main causes of REM sleep, It is mostly produced when we are exposed to quiet, low light conditions, which is why people almost universally seek to turn off lights and diminish and source of noise when they want to sleep.

Melatonin is also rather easy to extract and synthesize, and can be turned into pill that people can take. This allows people to easily increase their melatonin levels at will.

Being a naturally produced hormone, melatonin is actually very safe to take, and while evidence of its effect on the treatment of insomnia is still considered insufficient, many people report having a better time sleeping after taking it. In most places in the West, melatonin does not even require a prescription, and so can be easily bought as a supplement online or on pharmacies. 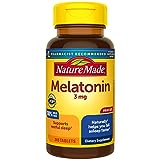 Unlike many prescription sleeping drugs, melatonin is non habit forming, meaning there's no danger of you getting addicted to its use. Additionally, as long as the recommended doses are followed (5 to 20 miligrams per dose), melatonin offers no real danger to anyone who isn't allergic to it, and melatonin allergy is very rare.

Long term use of melatonin is also safe for children, as long as the recommended doses are carefully observed.

However, this does not mean that melatonin can just be taken willy nilly with no consequences. Here's a list of possible side effects of the use of melatonin, specially when used in doses that exceed the recommended amounts:

As with anything that can affect your health, it is always better to consult a medical doctor first.

Now, I know this list has probably scared you a fair bit, which is why I always recommend that you consult a medical professional first. However, I have used melatonin for a while now and I have experienced no serious side effects. Next, I will provide an account of my experiences with melatonin.

I take melatonin on occasion, that is, basically once or twice a week.

You probably don't know this, but I'm a lawyer, and I deal with family courts on a regular basis, meaning a whole lot of emotional stress gets thrown around me often, and despite it not actually coming from or being directed at me, its hard to not be at least a little bit affected by such things.

This essentially means that sleeping isn't terribly easy sometimes. And so, despite the fact I have no real sleep disorders, I turned to melatonin in order to be able to get a nice night of sleep on demand.

I've been using melatonin on and off for nearly a year now, and I've compiled the following lists of pros and cons to its use.

This sums up all my experience with melatonin. Overall my conclusion is that, like any sort of supplement or anything that aims to alter your health in any way, you should always consult a medical professional first (as I have). But if you don't experience nightmares often, then melatonin could be an easy way to get yourself some nice, long nights of deep sleep.

If you liked this hub, make sure to check my other hubs

Or learn how to detect and avoid concussions