Sleep Paralysis is actually quite a common sleep disorder affecting a vast amount of people worldwide, in every country and culture. It was once an occurrence that was not spoken about and was a taboo per se, all back in our more closed minded past.

Since the ‘beginning of time’, Sleep Paralysis has been associated with evil, the occult and demonic presences, and you never know it could be, but in modern times we like to assume it’s a treatable condition.

An infamous entity sitting on your chest or a hag-like woman normally seen during the paralysis, has it’s connections in many cultures worldwide, were it can be known by the name ‘mara’ in Swedish, ‘mare’ in Norwegian, ‘morrigain’ in Irish, ‘mara’ in Polish, and so on. It can bee seen where the word ‘nightmare’ is derived from.

Some people think that Sleep paralysis could also be associated with Alien / UFO abductions.

Sleep paralysis occurs as we are either entering or exiting a deep sleep or REM cycle, a little mishap occurs were out bodies remain in the paralysed, non-moving state, BUT our mind is fully conscious. Sleep paralysis may last for a few seconds to a couple of minutes, but will seem like forever.

These are common suggested causes for sleep paralysis, but a definite cause is not known. The above are regarded as possible causes, and in my case I firmly believe that a lack of proper sleep, laying on your back and uncomfortable sleeping conditions cause it! 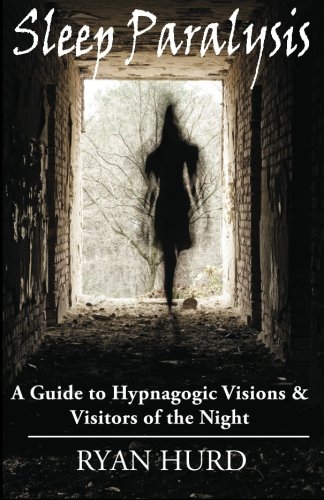 Sleep Paralysis: A Guide to Hypnagogic Visions and Visitors of the Night
Buy Now

Some medication can be taken but is only for severe cases, ask your doctor. 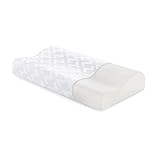 I am personally a sufferer of sleep paralysis and I have to say it’s certainly not something I’d wish to bestow upon another individual. I feel myself waking up, just to realise that I cannot move at all but can hear everything that’s going on around me, exact conversations between people, noises on the street, the sound of the TV downstairs and so on. The most awful thing about it, besides knowing exactly what it feels like to be paralysed, is that your breathing is restricted and therefore you being to panic, thereby putting you into a state of panic were you just intensify the breathing difficulty.

From experience, one thing I swear by is, DO NOT OPEN YOUR EYES! As I have mentioned, you are paralysed during sleep paralysis, but sometimes you can be lucky and have the ability to open your eyes for a brief moment, or even possibly move appendages such as you head.

I remember the first time I opened my eyes I saw something I sincerely didn’t like to see - A dark hooded figure standing tall and ominous at the foot of my bed staring at me. During this ‘encounter’ I had a lot of trouble breathing and had the strangest feeling of blood rushing in my head which sounded like wind in my ears. I for a second was lucky enough to be able to talk, barely, so I tried my best to put the following two words together, ‘F*** Off’. I began to repeat this whenever I could and I eventually felt myself becoming free from the paralysis.

Another episode, which has never left my mind, was one I had just before Christmas of 09.

Again it began the same, I woke up paralysed but fully conscious, I tried to calm myself down but unfortunately couldn’t and began to let my mind wander and possibly play tricks on me.

Next I started hearing a shuffle of fast moving feet upstairs on the floorboards. The ‘entity’ began running very quickly up and down the upstairs of the house, while rummaging around and hitting of stuff.

I kept on telling myself not to worry and that it could be just somebody upstairs, but again this didn’t help as I knew I was home alone.

The next occurrence was the once of the worst, when the ‘entity’ ran quickly down the stairs (in a clumsy sounding run), and then ran into the kitchen while running and rummaging around like before.

It then ran back upstairs, did the same as before, but not to my relief it decided to again run downstairs, but, this time it stopped outside the bedroom door!

In the meantime I was trying to wake myself up but failed to do so. I then heard the bedroom door slowly open and something walk through it very slowly.

The whole situation was overly ominous, and got a lot worse when the ‘entity’ began to run right towards me, and eventually jumped right upon my chest, triggering me to wake.

I remember being so in shock that I didn’t move from the bed for about a half an hour.

I’m so glad I never open my eyes this time, but I certainly learned the lesson to NOT LET YOUR MIND WANDER.

Methods of Waking Myself Up

Generally our episodes of sleep paralysis will differ, some people being completely paralysed, some being able to move certain appendages, some people being able to make noises and so on, but for me, the only thing I have the ability to do is, sometimes move my head from side to side repeatedly, until somebody sees me doing this and wakes me up or until I eventually wake myself up.

One thing I tried before was to repeat to myself, ‘This is my body and I demand to be woken up!’, yes yes I know, how cheesy does that sound, but It sometimes worked for me! Good Luck…