Tai Chi for Balance and Health

What is Tai Chi?

Tai Chi, or Tai Chi Chuan, is an ancient, slow-motion low-impact Chinese martial art known and practised for its health benefits and self-defense techniques. Tai chi exercises are believed to have originated from a Taoist priest from a temple in the Wu Dong mountains of China.

Initially it was a fighting form but evolved over time into the slow, gentle flowing exercise we are most familiar with. Most of us think of tai chi exercises as an exercise for the elderly, but that is not the whole story.

Tai Chi exercises can be practised by anyone, young and old, and large numbers of people embrace tai chi for its many health benefits. Tai chi benefits come from the three aspects of tai chi, namely health, meditation and martial arts (self-protection).

Apart from its ability to reduce stress levels, tai chi has been found effective in overcoming anxiety and depression, besides improving upper and lower body flexibility, balance and muscle strength.

Older people who practise tai chi moves regularly are less susceptible to falls and fractures. The health industry has become very aware of the many benefits of tai chi to the elderly.

A study conducted at Tufts University found that people with severe knee osteoarthritis who practised the tai chi moves at least twice a week had significantly less pain and more physical function than those who did not. The same results were observed in those with ankylosing spondylitis, an inflammatory arthritis of the spine.

More studies conducted at prestigious universities and medical institutions consistently found tai chi to be useful in the treatments of conditions such as breast cancer, hypertension, Parkinson's disease, stroke and heart disease.

As a Chinese martial art, the slow motions used in tai chi exercises make it ideal for learning self defence techniques. Hand-to-hand combat training done at full speed, such as is used in military and police training, typically results in many injuries. Throwing punches without following through with the correct joint locks and throws is also an ineffectual combat training.

In tai chi moves, where perfect body control is practised, emphasis is put on precise strength and precise speed instead of brute strength and aggression. Tai chi exercises teach a person to be more sensitive to his surroundings so he will always be aware of lurking danger. The exercises teach him to deflect force by the way he moves his body. He learns to relax enough and move softly but precisely so that any force applied to the body will pass right through without causing any damage.

It is easy to find tai chi classes wherever you live. In New York City, many hospitals, schools and sports and learning institutions have incorporated such classes in their curriculum. In the 92nd St. Y. at Lexington Ave., tai chi is taught to Seniors by a Ms. Carolyn Perkins. Her classes are extremely popular, and people with orthopedic issues are referred by their doctors to join them.

Ms. Perkins also teaches at some hospitals in the city and does private coaching as well.

Dr. Paul Lam has made this DVD for those who are unable to stand or are unsteady on their feet. It has received great reviews from grateful clients who needed to do tai chi and could not till now. 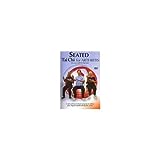