Taro has been called "The potato of the humid tropics".

Among the many other names for taro are dasheen, yantia, eddoe and gabi.

Taro refers to both the plant as well as the leaves, and more specifically, to the underground swollen stems called corms or rhizhomes that are edible and are cooked in several ways before eating.

An annual taro festival is held in Hawaii every April where children learn to pound the taro corms to prepare taro paste called Poi. Fresh taro harvested is gifted to friends and relatives on this occassion.

Taro is a major source of starch and one of the highest vegetable sources of energy.

Poi And How It Is Prepared 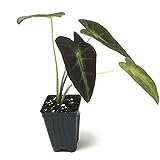 Taro is a tropical plant, a native to South India and Southeast Asia but is widely naturalized today. It is a perennial plant especially grown for its edible starchy roots though its leaves are also edible and are eaten as well as a vegetable.

Taro is believed to be one of the earliest of the cultivated plants. It needs abundant water and can even grow in flooded conditions.

The taro root has a rough and dark colored exterior that is covered by fibrous hairs. They are rich in oxalic acid which is the reason they should be either kept soaked in water overnight or boiled/cooked well to remove the oxalic acid before eating.

Colocasia or taro can be eaten baked, roasted, boiled or prepared into a vegetable. Taro has a slimy texture once it is boiled. Also, taro causes itching, irritation and burning sensation if handled or eaten raw.

In Western India, taro leaves are used to prepare a breakfast dish called 'Patra' or 'Patrode' which is prepared like fritters. In Maharastra state, a curry is made of these leaves.

The taro plant is a few feet in height with large heart shaped leaves that look much like the ears of an elephant. For this reason it is also called elephant ears.

The corm or the rhizome (root) can be round to oblong in shape with the brown fibrous skin being marked by circular rings. The flesh is generally white in color.

Taro is a root crop of primarily the tropical and sub tropical regions. Historically, taro has been a major dietary staple food on the islands of the Pacific esp Hawaii, New Zealand and West of Indonesia. Botanists today, considering the many names taro or colocasia is known by regionally , consider these different regional variations, as members of a very variable species of plant, the Colocasia esculenta.

The variety antiquorum is thus called eddoe or arbi and this is a much smaller corm weighing on an average less than 50 grams each, than taro which usually averages 2 to 4 pounds each.

The different regional names of taro are therefore based on regionally bred varieties of taro and therefore the physical characteristics of the plant varies quite a bit with respect to its height, leaf size and corm size. 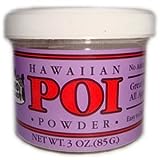 Since taro is a low glycemic index food it releases sugar slowly into the blood thus helping regulate blood sugar levels and prevent sugar level spikes that can be detrimental to diabetics. Ensuring consistent glucose levels over a longer period of time ensures energy for a longer time.

Taro leaves are extremely rich in vitamin A while the roots are rich in polyphenolic antioxidants, the beta cryptoxanthin and beta carotene. These help in maintaining vision health and preventing eye problems, and also protecting against cancer, heart disease and stroke.

Taro also lowers blood pressure and keeps the heart muscles healthy due to the excellent levels of magnesium and potassium it contains. Low fat and cholesterol keep the heart healthy as well.

Taro lowers the bad cholesterol. In fact, root crops have been found to lower bad cholesterol significantly because of their high dietary fiber content. The fiber also helps to lower risk of colon cancer.

Taro corms are a natural source of bioactive proteins that act as immunostimulators on the bone, marrow and spleen cells as noted in a study done on mice.

The good iron, folate and copper levels not only prevent anemia but also aid in supplying oxygen rich blood to all organs and systems.

The dietary fiber keeps hunger at bay as it keeps the stomach fuller longer thus helping to maintain and even lose weight.

Taro is an excellent vegetable for the aged as it is easily digestible, provides an array of vitamins and minerals which help to prevent weakness and keep the elderly healthy and energetic. High fiber levels also ensure constipation is kept at bay.

How To Make Poi At Home

About Poi & Its Health Benefits

This article will not be complete unless the benefits of Poi, the major form of taro consumption in Hawaii, are mentioned here.

Studies on the medicinal uses of the Hawaiian dish Poi, which is a major form of taro consumption in Hawaii, indicate that it is easily and fully digestible mainly because of the smaller taro starch granule as Poi undergoes fermentation by yeast & lactic acid bacteria that are naturally found on the plant surface.

Not only this it also enhances in greater absorption of calcium and phosphorus minerals.

Poi is excellent for those with food allergies as it has a very low protein content and is therefore hypoallergenic. Poi is used as a food substitute even in infant allergies, substituting/replacing milk, eggs, peanuts, soy etc.

Poi, in fact, was found to not only effect weight gain in failure-to-thrive infants but also eliminate digestive disorders and associated problems. Along with its probiotic activity a unique blend of beneficial compounds Poi can benefit in many medical conditions like diarrhea, gastroenteritis, IBS, IBD and even cancer.

As taro has a high oxalate content, it should avoided by those who have kidney issues like gout or stones.

Also, before consuming it either soak it overnight in water or boil/cook it. This will help reduce the oxalate content.