The Global Soap Project--Saving Lives, One Bar at a Time

Having suffered eczema and temperature sensitivities, Athlyn offers her insights, tips, and workable approaches to readers.

Each year, millions of bars of soap are discarded in North America. This was and is highly wasteful but fortunately, times are changing. Humans have become increasingly conscious about the need to re-purpose and reuse materials that are placing a strain on the environment and are becoming increasingly costly to produce.

And now, an innovative project "recycles" lightly-used bars of soap and instead of discarding them, distributes the cleaned and re-purposed soap to areas around the world that need it the most. People living in these locations do not have access to soap and as such, fall prey to sickness and disease, as a result.

The Global Soap Project (GSP) is a non-profit organization that seeks to protect vulnerable populations by providing soap in areas where it is not a readily available supply. The GSP works in tandem with participating hotels, which see staff collecting left-over bars of soap instead of discarding them.

The hotel soap is/was delivered to a reprocessing plant in Norcross, Georgia where it is recycled and re-purposed by cleaning it and shaping the used soap into new bars. The bars are tested to ensure they are free of bacteria and then are shipped out to countries where soap is not readily available, thus offering health protection and hope to the vulnerable, disadvantaged citizens.

It truly is an idea that's time has come.

Norcross, Georgia, Where it All Began 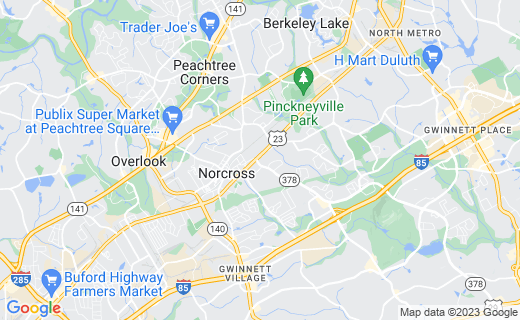 Testing ensures that cleaned soap is free of bacteria.

Waste Not, Want Not

Participating hotels provide the raw materials. And instead of shards of soap being discarded, these are collected.

An Innovative Idea to Save Lives

Humanitarian Derrick Kayongo Started a Movement That is Gaining Momentum

Upon staying in a hotel and using three different kinds of soap and later wondering what happened to them, Derrick Kayongo inquired and learned that these were routinely discarded. According to Derrick, 800,000 million bars of soap are thrown away every year. Derrick thought there was a better use for all that soap.

Spearheaded by Derrick (a humanitarian relief expert) in 2009, what started out as a small venture in his basement, soon caught the attention of Mimms Enterprises in Georgia. Mimms donated warehouse space so that larger quantities of soap could be prepared for distribution to the poor.

Thus, one person with an idea, then a company, plus volunteers came together in a humanitarian effort that is having a global impact and is spelling the difference between life and death for so many.

As one stone tossed into water causes ripples to move outwards in ever-widening circles, so too, single bars of left-over soap, when combined, cleaned and made into new bars, are changing health outcomes for the world's impoverished.

Saving Lives, One Bar at a Time

Hilton Has Come Onboard

Recently, the Hilton Worldwide partnered with the Global Soap Project. It is estimated that by means of this endeavor, more than one million new 4-ounce bars of soap will be produced, saving countless lives.

Breeding Grounds for Disease and Death

A collaborative effort diverts waste from landfills and produces a life-saving product.

Soap Distributed to Those in Need

Formerly, 800,000,000 bars of soap were discarded each year, now, thanks to GSP, this soap is distributed to those in need.

Will Soap Recycling Become the Wave of the Future?

Hyatt Hotels in Atlanta Team Up with the Global Soap Project

Soap is more effective than clean water, medications and vaccines in combating the leading causes of death for children. Hygiene-related illnesses take a terrible toll on populations, to the tune of 1.8 million lives lost each year.

In sum, the bars of re-purposed soap could be called "bars of hope." While small bars of used hotel soap might be considered insignificant, when collected in large numbers and re-purposed, the new soap becomes a force for lasting good, with an impact on lives that has had major implications.

The Global Soap Project is a collaborative effort that offers critical health protection. How critical? According to the site: "7 million children have died due to disease that could have been prevented with proper hygiene since 2009."

This innovative effort to recycle used hotel soap is a lifesaving endeavor.

How Hotels Can Get Involved

Hotels throw out thousands of bars of soap, but now, they can put the to a better purpose.

Hotels in the Canada, the European Union, United Kingdom or United States can register with Clean the World. Other countries can also join this effort by using a form.

Bins are provided for collection of soap and plastic bottles and hotels are asked to ship the soap, which they can write off. When bins are halfway full, hotels are provided with more shipping labels and new bins.

The Global Soap Project has now joined forces with Clean the World.

Efforts are being initiated in schools closer to home and in schools in foreign countries. In villages in places like Kenya and Tanzania, studies are conducted into hygiene-related illnesses and education is offered via the Hygiene in Schools program and Soap in Schools. Recent studies have suggest a 70-80% rate of hygiene-related illnesses in 30-day periods, which hinders school attendance and in the worst-case scenario loss of life. So rather than just offering soap, these initiatives seek to work with children to teach them the importance of hand washing and how to wash their hands effectively to prevent sickness.

Since 2009, there's been a 30% reduction in childhood deaths from hygiene-related illnesses.

What Do You Think of the Global Soap Project?