One of the Greatest People in History - Isaac Newton

"I can calculate the motion of heavenly bodies, but not the madness of people." 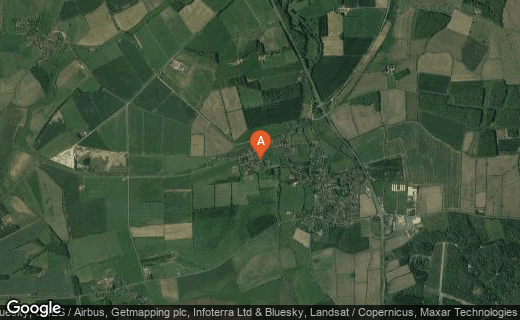 Birthplace of the Father of Modern Science, one of the greatest people in history - Sir Isaac Newton.

On Christmas day, in 1642 little Isaac Newton was born prematurely and so frail he wasn't expected to survive the day. His mother later said he was tiny enough to "fit into a quart mug." Few would have guessed that he was destined to become such an eminent figure in the world of science. As weak and as frail as he was, most people didn't expect him to survive the day. However, he did survive, and went on to brighten the world with his three greatest ideas - the origin of color, the nature of gravity, and the invention of calculus.

A Life Destined to be Filled with Adversity

It seemed right from the start as though little Isaac would be destined for a life of struggle, especially to those who believed in omens. His young life was filled with reasons to be pessimistic in regards to his future, and as well as being born premature, he also never had the chance to meet his father, who died months before he was born. His mother, Hannah Newton, re-married two years later and simply left Newton behind with his grandmother. Although she lived only a mile away, she seldom saw her son and soon became preoccupied with three new children from her second marriage. At first glance, one could not be blamed for thinking that this poor boy would amount to nothing spectacular, luckily or perhaps to be more exact, thankfully, Isaac was naturally creative and spent his time inventing gadgets. Isaac never married, and psychologists attribute this to the mental trauma he suffered as a result of his parents' rejection.

A Monument to Sir Isaac Newton

"If I have done the public any service, it is due to my patient thought."

All About Isaac Newton 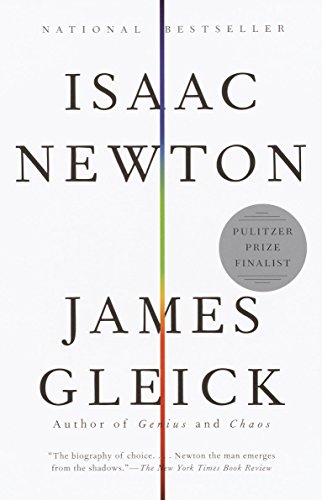 On his grandmother's farm in the small village of Woolsthorpe, little Isaac Newton kept himself very busy, building all sorts of gadgets such as water clocks, sundials and waterwheels At school he studied mostly Latin but at home he studied everything. When he started school in nearby Grantham, he stayed with friends of his mother who were druggists. He liked nothing better than to watch the work in the apothecary and it's here he first developed his interest in chemistry.

Much the same as one of his predecessors, Albert Einstein, Isaac Newton had a very poor record at school, presumably due to his inability to concentrate and pay attention to the lesson being taught. His mind wandered and he liked to stare out the window and think about the experiments and projects he could do at home. As a result of his disinterest at school, his test scores put him among the bottom performers of his class, which is astounding when you consider the great genius he exhibited later in life. Perhaps as Einstein said, "Imagination is more important than knowledge."

As tends to be the case with many young geniuses, Isaac was quiet and unsociable and the other students considered him weird. This led to much bullying and name-calling, most of which was ignored by Isaac, however, one moment in particular was to change Isaac forever. As he walked to school one morning the boy above him in class had run up, insulted him, and kicked him in the stomach. Isaac had responded by challenging him to a fight after school, a fight that he had won. However, somehow, it didn't seem enough. As he trudged home, dirty and bruised from the tussle in the schoolyard, he wondered what else he could do to avenge himself. He had won the fight but his young enemy could still feel superior as long as he was above Isaac in the class ratings. So there was only one choice - Isaac would have to beat him academically as well. From then on he vowed to concentrate on his studies. And within only weeks he had passed not just his young adversary, but also every other child in class. Incidents like that were to become a common occurrence in Isaacs life; sometimes they would cause mental breakdowns, other times they instigate a sudden surge of creativity and inspiration that led to new achievements.

Isaac was known to his friends and anyone who associated with him, for the absentmindedness that is so typical of great scientists and thinkers. He would often completely forget appointments made with friends. Once when his mother sent him on an errand to Grantham on horseback, on his way home he dismounted and walked so as to give the horse a rest. As he walked he led the horse by its bridle and commenced to think upon his inventions and ideas. Hours later when he reached home, he realized the horse had slipped its bridle and he was alone, the horse nowhere to be seen.

William Blake's Picture of Newton as a Divine Geometer

A Lesson from Isaac Newton

Who is your Favorite Scientist throughout history?

A Lesson from one of the Greatest People in History: Sir Isaac Newton

There are many ways of looking at Isaac Newton's life. He was brilliant, yes, imaginative, of course and then there was his unusual absent mindedness which was quite clearly a by-product of his genius.

However, those observations don't tell us anything we don't already know about greatness in regards to genius, as those three traits are possessed by all great thinkers.

There is one other requirement, it seems, that is an essential piece of the greatness puzzle.

You can clearly see from this overview of one of the greatest people in history, that Isaac Newton perennially struggled against adversity. From the moment he was conceived, it seemed he was destined to fail, but did he? No. His father, he would never meet, his mother abandoned him at the age of two depriving him of his only remaining parent. He was quiet, unsociable and not expected to become anything great but that didn't stop him.

In fact, I would say that it was adversity that planted the seeds of greatness within him to start with. He rose to overcome every obstacle placed before him as an acorn seed defeats the elements, the darkness and the roving birds to break through and become a powerful oak.

If there is adversity in your life, let it not become your excuse, a weight that holds you down but instead grow through it and use it as a means of becoming stronger and more powerful.

What is that Zig Ziglar said?

"Sometimes adversity is what you need to face in order to become successful."

Some of the Greatest Women in History

The Greatest People in History Series - Socrates, the Father of Western Philosophy

The Greatest People in History Series - Queen Elizabeth I

Isaac Newton, one of the greatest people in history, deserves a comment or two. What do you think?