The Importance of Buying and Eating Organic Food

Can eating leafy greens make you fat by disrupting your hormones?

Why Organic Food is Essential

Since science is growing exponentially it is good to know that this article was written in August of 2011. With organic food, money or price is an issue. So first you can try to grow your own organic food at a fraction of what it would cost to buy it in a store or try to get it on sale.

Also Americans spend less than 10% of their income on food. That is too small an amount to be spent on food. Food is much more important than many of these other things that people spend their money on. So it would require sacrificing other things to buy organic food for many people.

I just learned that Trader Joe's, that has many stores around the country, says that all foods that have the Trader Joe's label on it in the store will not have any GMO ingredients. So that is a big deal. A food chain has said no to GMO. Say no to GMO! Now if they were a store that sold bad products at huge prices then this would not mean much. But their specialty is selling high class gourmet products at a low cost, like organic soy cherry chocolate ice cream (frozen dessert).'

They have things like vacuum packed (not frozen) wild rice that is already cooked. Just heat it up. They have organic spaghetti sauce with no salt added. Try to find that elsewhere! They sell a container of pomegranate seeds which is the only edible part of the fruit. It is a pain taking it out of the fruit. They have organic, not from concentrate orange juice. Their whole wheat spaghetti is the cheapest around. They have raw almond butter. If you look on foodies' blogs, you will see that they love Trader Joe's.

They are constantly looking for great deals on fantastic gourmet foods. They want you to try whatever you want. They do not believe in "Buyer Beware." If you try it and do not like it then just return it with no questions asked. The above is on their website in writing. They have a sample table where you get free little cups of coffee, but you can refill it and they have samples of food that they have cooked up using several of their products. If they were publicly traded, you could buy stock and make a lot of money but they are not publicly traded and do not have franchises like McDonald's has.

Irradiated food is no longer alive and not really raw anymore. There is still no law requiring irradiated food to be labeled as such. Americans at the very least deserve the right to choose but we do not have that right since it is not labeled. So we need to buy organic food to make sure that the food is not irradiated.

Cadmium (Cd), a by-product of zinc production, is one of the most toxic elements to which man can be exposed at work or in the environment. Once absorbed, Cd is efficiently retained in the human body, in which it accumulates throughout life. Cd is primarily toxic to the kidney, especially to the proximal tubular cells, the main site of accumulation. Cd can also cause bone demineralization, either through direct bone damage or indirectly as a result of renal dysfunction. In the industry, excessive exposures to airborne Cd may impair lung function and increase the risk of lung cancer.

There are chemicals added to non-organic food that make you fat. According to this article These 5 Chemicals are Making You Fat, they are called obesogens. They are foreign chemical compounds that can disrupt the normal function of the body and cause fat gain. This site says:

Atrazine is one of the most widely used herbicides in the United States.

It has been banned in Europe for over a decade because of groundwater contamination (35).

Atrazine is an endocrine disruptor and several studies show that Atrazine exposure correlates with birth defects in humans (36, 37, 38).

In the USA, there is an overlap between the areas that use the most Atrazine and the prevalence of obesity.

Some scientists believe that tributyltin [fungicide] and other organotin compounds can function as endocrine disruptors and contribute to obesity in humans by increasing the number of fat cells (42).

There is a New York Times article called Warnings from a Flabby Mouse. It says:

Endocrine disruptors are a class of chemicals that mimic hormones and therefore confuse the body.

Among chemicals identified as obesogens are materials in plastics, canned food, agricultural chemicals, foam cushions and jet fuel. For example, a study in the fall found that triflumizole, a fungicide used on many food crops, like leafy vegetables, causes obesity in mice.

Prevention magazine has an article called 7 Foods That Should Never Cross Your Lips. It says the following about conventional potatoes:

Root vegetables absorb herbicides, pesticides, and fungicides that wind up in soil. In the case of potatoes—the nation's most popular vegetable—they're treated with fungicides during the growing season, then sprayed with herbicides to kill off the fibrous vines before harvesting. After they're dug up, the potatoes are treated yet again to prevent them from sprouting.

"I've talked with potato growers who say point-blank they would never eat the potatoes they sell. They have separate plots where they grow potatoes for themselves without all the chemicals."

The article says that if you try to get it to sprout, it will not sprout! The article also says to never eat conventional apples, canned tomatoes, farmed salmon, corn-fed beef, microwave popcorn or milk with artificial hormones and explains why.

How Essential is Organic Meat and Dairy

There is no need to eat meat or diary but for people who do, there is even a bigger difference between conventional and organic food. They give antibiotics to animals that are not organic and you do not need these drugs. In America they give the bovine growth hormone to cows to fatten them up and help them give more milk like they were a pregnant cow.

When you consume this hormone, it makes you fatter. Also this hormone does many other bad things to you like causing girls to start menstruating at age 8 or 9. That is too young since that means that the girl is ready to have a baby.

The meat and dairy industry disagree with this opinion of what this hormone does to you. But here are the facts. In all the other developed countries other than the United States of America, the use of this hormone is illegal. This includes the European Union with 27 countries, including the UK, Canada, Australia and Japan. 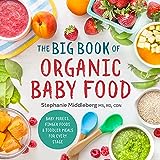