The Truth About Hemp Plants, Oil, And Marijuana

Disclaimer: I am not a health care professional. Please seek the advice of your doctor before you change your medications, diet, exercise program, or make any other lifestyle changes.

Why is the Hemp Plant Illegal?

At the birth of our nation, our founding fathers and colonial ancestors all grew Hemp. Because of its many uses and ease to grow, every state in the union was growing it.

At the turn of the last century, with the invention of more machinery and higher technology, wealthy Americans began to take another look at the hemp plant. Names like Rockefeller, DuPont, Hearst, and other predominant families were involved. These dynasties stood to lose fortunes. For example, before paper was made with wood, it was made with hemp. Hemp was also used to make clothing before the invention of the cotton gin. Its seeds can be used as oil that can be refined into clean burning fuel.

These high rollers and politicians purposely created a fear of Marijuana through the media that swept the country. There were highly exaggerated reports (to say it politely) of the danger of this plant. The American public bought it hook line and sinker, and outlawing began in the mid 1930s.

The Original Propaganda Film to "Scare" the Public

An Informative Link That Will Enlighten You!

What has Changed Through The Years?

A Marijuana comeback grew in the 1960’s when we as a nation began to realize that we could not trust our government; especially after the Vietnam Conflict when our men were forced to fight, and 54,000 of our sons, brothers, and fathers were killed while 153,000 were wounded. Then, the later confirmed, Gulf of Tonkin falsehood was exposed. The point is, this is where we learned not to believe anything we read and hear, and only half of what we see from our federal government.

To prevent mixing breeds and adding non-natural substances Marijuana should be legalized so it can be regulated, grown, sold and used as pure as the plant itself. Although I don’t have much confidence in our federal government, I have no other choice but to trust the Food and Drug Administration (FDA) is watching and regulating what we are sold to put into our bodies.

Our jails are overcrowded because 20% of inmates are incarcerated for possession, growing, sale or trafficking of Marijuana. Thieves, murders, rapists, batterers, burglars, and extortionists are all entitled to gain time for good behavior, primarily because of the overcrowding.

Scientific Studies of The Marijuana Plant

There are healthy and unhealthy ways to use the natural medicine. Even though a recent study reported by the Associated Press and MSNBC shows that smoking Marijuana does not hurt lung capacity, as previously thought. Smoking is the most common way to use it. It is, however, healthier if used through vaporization or a water pipe, cleansing and cooling the smoke which makes it is much easier on the lungs. The healthiest way to consume it is to eat it. There are confectioners in many states that produce baked goods and candies that include the substance. However, if healthy eating is important to you, including it in salads and soups may be the way to go. The effects begin within minutes if smoked, and usually more than an hour after eating it. Other studies show that Marijuana actually causes your brain to create more cells. However, I'm not sure if I totally believe that one.

Glaucoma, Chronic Pain, Stress and Anxiety, Fibromyalgia, Arthritis, Sickle Cell Anemia, Anorexia Nervosa, Cancer, Tourette Syndrome, Parkinson’s Disease, Multiple Sclerosis, Spinal Cord injuries, and Depression are just a few diseases or conditions of which the patient could benefit from using Medical Marijuana. At times, alcohol may be healthy because a glass of red wine each day is often recommended since it is good for the heart.

Should we legalize Marijuana and if so, with what restrictions?

Any medication prescribed and taken is weighed by the risks of the medication compared to severity of the symptoms. Just watch some of these pharmaceutical commercials. There are 30 seconds of advertisement and 30 seconds of side effects, many times ending in possibly fatal. The Tetrahydrocannabinol (THC) in Marijuana cannot kill you. You cannot overdose on it. It is not physically addictive, however it can be psychologically addictive (which requires no detoxification, but a change of mind set to end its use).

The issue today is still about money. Pharmaceutical companies would lose out since this plant can eliminate the need for many, many pills. If they make it in pill form, without fillers or additives, they may be able to save some of the industry.

Marijuana lowers the blood pressure, so dizziness or weakness are common side affects. Of course if you already have high blood pressure in could be beneficial to you. It eases pain and anxiety, provides an appetite for those who are sick, releases stress, and relaxes tense people promoting more tolerance and acceptance of others. Natural is always better than synthetic.

Too High to Fail: Cannabis and the New Green Economic Revolution
Buy Now 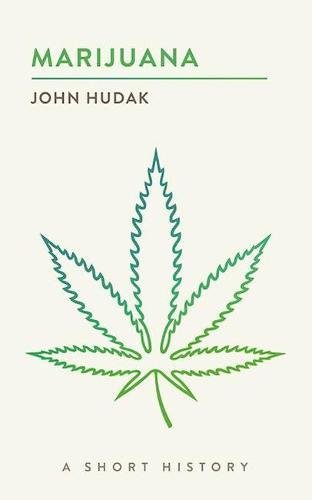