I was diagnosed with acid reflux and a small hiatus hernia some years ago after an endoscopy procedure. I knew nothing about acid problems prior to this diagnosis, and indeed, given my diagnosis, I was still left in the dark somewhat. I just understood that acid was making it's way up my oesophagus, instead of staying where it should.

At the time of diagnosis, I had the distinct impression that the problem was ver common, but I didn't yet know how bad it could get, and how much it could interfere with my everyday life.

What is acid reflux or GERD?

I was told that I would have to take Proton Pump Inhibitor medication to reduce the acid production, perhaps for life. I deduced therefore that I was producing too much acid and this was the only remedy. I thought that by taking these pills I would be cured of all my symptoms. I was wrong. I am one of a percentage of people that do not get relief from taking medications such as Nexium, Pariet and so on. I tried three of these types of pills with no positive results; in fact there were times I thought they might be making me worse! I suffered acute nausea and dizziness on taking some of the them too and decided to stop taking them after two years. I had effectively been diagnosed, given the apparent cure and yet my symptoms remained the same.

Conclusion: Proton Pump Inhibitors don’t work for everyone and can actually have some very unpleasant side effects. They are not meant to be taken permanently and can actually produce a more severe acid rebound effect when stopped. They are not a cure but a sticking plaster solution. It is also claimed that prolonged use of acid suppressing medications may cause osteoporosis related hip fractures. 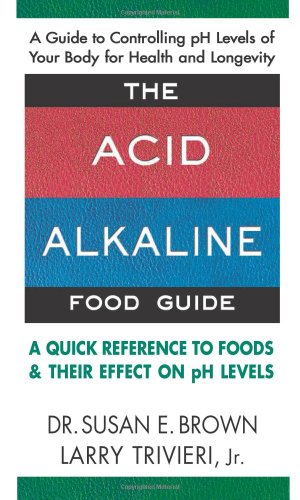 The Acid-Alkaline Food Guide: A Quick Reference to Foods & Their Effect on pH Levels
Buy Now

As I was led to believe I must reduce acid, I decided to eliminate as much acidic food as possible. I cut out all full fat dairy products, coffee, tea, anything carbonated, citrus fruits and my beloved chocolate. I noticed a little difference but still I suffered. Research on the internet told me that some of my symptoms such as indigestion, belching and bloating could indicate a low stomach acid! As no ph test was carried out to my knowledge during the diagnostic phase and no erosion was mentioned then I assumed I could indeed have a low acid problem. This confused me greatly. I decided just to eat anything I wanted and if a certain food made me worse I would eliminate it from my diet. I found oddly that I could eat spicy curries for example with no worsening of symptoms.

Conclusion: You could actually be suffering from too little acid not too much. Unless a PH test is performed you probably wouldn’t know. We need to produce enough acid for the good of our health. Find out for yourself by process of elimination what foods you can tolerate. You could well be missing one of your favourite foods without realising that it doesn’t antagonise your symptoms.

Now this is one area that I can confidently say has some bearing on the suffering. If I was stressed out my condition would decline in a big way. I used to handle stress by either consuming fast foods or sugary foods, lots of feel good chocolate and many cups of coffee. Sometimes when I was stressed I skipped meals completely. I smoked more and we all know what an irritant tobacco smoke can be.Stress affects our lifestyles and it’s the lifestyle I believe that can make a reflux problem flare up. It can actually become a vicious cycle. The more stressed we are the more the symptoms increase in intensity which in turn can make us feel more stressed.

Conclusion: Stress does appear to make matters worse so you would definitely benefit by keeping stress to a minimum wherever possible. Find time to relax regularly, decrease your caffeine intake and cut down on smoking or stop. Make sure you eat good healthy foods - little and often is better than huge meals too.

What medication do you take to control your acid problems?

There are so many tips on the internet such as taking apple cider vinegar in a little water, probiotics, digestive enzymes and liquorice DGL. Over the past two years I have seen some people claim success from consuming such things but equally I have seen others say they don’t feel a difference. It’s all very confusing. I did realise that lying fairly flat in bed at night exacerbated my symptoms so I increased the number of pillows. That didn’t work too well because one inevitably slides down during the night so I succumbed to the general advice of elevating the head of the bed base with some hefty books. This has not helped either as my mornings are probably my worst! I can’t admit that I have the answers to a reflux problem but quite frankly I don’t feel anyone else has them either. PPIs are making the drug industry an awful lot of money but I feel there would be no need for these medications if the problem was addressed adequately. Acid reflux seems to be on the increase generally . Despite this, it appears at times to be shrouded in a level of mystery with unanswered questions and a lack of solid irrefutable advice.