The Power of the Light

CJ Stone tries an alternative therapy that is set to cleanse his soul and aura. The question is: is he evolved enough to step into the light...?

I'm fairly uncertain about most things. I mean, I'd be an agnostic, only I can never quite make up my mind.

At the same time, I'm always willing to give things a go. As they say, you never know until you've tried. Consequently I've had extensive dealings with a variety of alternative remedies in the past. I've tried a lot of things. I've had hypnosis on a number of occasions. I've had herbal remedies, homeopathic remedies, Bach flower remedies and spiritual healing. I've tried Chinese medicine, acupuncture, acupressure, Indian head massage and reflexology. I've had aromatherapy and crystal therapy; Jungian therapy, Freudian therapy, co-counselling and transactional analysis. In fact, you name me some practice, and I'll see if I haven't engaged with it yet.

I can't say that I've ever been cured of anything. Then again, I was never very clear what the disease was in the first place.

I was going to say that I've never been harmed by alternative therapies either: but that's not quite true. There was one occasion when I had to have therapy in order to get over another therapy.

This all took place in Glastonbury in Somerset. It's a very strange place. It has all of these peculiar shops. There's one called Archangel Michael's Soul Therapy Centre: Providing Tools For Personal And Planetary Ascension. Yes, that's really it's name. It's run by some sort of a weird Buddhist sect. The shop assistants dress like Buddhist monks, with those wine-coloured robes that Buddhists wear and their heads shaved, with the words "Be Harmless" in yellow stitching on their backs. I quite liked that. "Be Harmless" seems like a good enough philosophy to me.

I was doing some research while I was there, so I decided that I would have to try it out. I wanted to find out what, exactly, the tools for personal and planetary ascension could be. It turns out they are these geometric structures made of copper piping which you lie inside of and which, then, help you and your planet to ascend. The question has to be, ascend to where? Are they referring to levitation? Of course, if both the planet and I had levitated at the same time, I wouldn't have been able to tell the difference, would I? So we'll never know.

As for the "Soul Therapy", that involved listening to a tape through headphones while lying inside one of the geometric structures, holding crystals in both hands. The tapes are made by Archangel Michael himself. Archangel Michael is some bloke who - apparently - has already begun his ascent. He also calls himself Jesus, and the Maitreya. ("Maitreya" is the name of the second coming of the Buddha). Not a modest man.

I read all of this in the gumph on the shop window. I decided to go in and give it a try.

I was greeted by one of the shop assistants, Colin. "Can I help?" he asked.

"You most certainly can," I answered. "What's it all about?”

Well he tried to tell me. He mentioned the realignment of subtle energies and about the fact that I have five bodies (as opposed to the one I'm used to thinking about). He talked about Auric Something-or-others, and a lot of other strange stuff that doesn't bear thinking about. I was having trouble following him. "What was that again? Did you say 'Auric'?" I was becoming very confused. I also asked him about the Archangel Michael, who is also Jesus, who is also the Buddha. "Do you believe him?" I asked. "I mean, it would worry me, saying all those things about himself. He's a bit vain, isn't he? No. He's monumentally vain."

But Colin assured me that he was all he said he was. Which makes Colin a bit vague, I thought. No. Monumentally vague.

I asked Colin how much it would cost. "We ask for a minimum donation of ten pounds," he told me. "But we'll take less if you're really poor."

So there I was, inside of a geometric construction made of copper piping, on a bed interwoven with crystals, holding two crystal-tipped, wand-like objects in my hands (called Vajras) listening to a tape through headphones, which on first hearing sounded like Buddhist chanting - with cymbals and gongs, bells and chimes and long-drawn-out nasal moans - and only later turned out to be something else.

Maybe my auric something-or-others needed realigning, who knows? Maybe that was the disease I'd never been quite able to put my finger on.

I said that the tape sounded like Buddhist chanting. Well it was, in a sense. Only instead of the usual patient and precise delivery of original Buddhist Sutras in Pali or Japanese, these turned out to be entirely new formulations in modern American English. This was quite disconcerting. I was just lying there on that lumpy mattress (crystals aren't soft) only half-listening to the chimes and the chants and the moaning incantations, when, all of a sudden I could make out the words.

"Holy cornflower," the voice was saying in my ear. Only not like that. Not just the words in normal English: but drawn-out like an Om, grinding on like the moan of a jack-hammer through solid concrete, straining like the sound of a vacuum cleaner with something stuck in its nozzle.

It kind of takes the mystery out of a Buddhist chant when you know what the words mean.

Well after that I was alert, as it were, listening to the words. And there were all sorts of words. Words about invoking the seven rays of the Universe, in a looping, repetitive mantra. Each ray was directed to some centre on my body, apparently. And then, words about the power of the light....

I'd been lying there for about ten minutes now, listening to this groaning, nasal voice invoking, banishing, calling on holy cornflowers and the rest, and I was beginning to get seriously annoyed with it. I mean, who was this person, regaling me with such patent absurdities? Were my auric something-or-others really being realigned or was I just listening to the clap-trap rigmarole of some professional monomaniac bent on showing off how elevated he had become?

There's a certain kind of mysticism whose sole purpose is to mystify. That's what I took "the power of the light" to be. Mystification to cover up the mundane workings of an otherwise shallow mind.

It was when the power of the light decided it wanted to banish the glamour of my ego that I finally found I'd had enough.

"Oh go and banish the glamour of your own ego," I thought, and leapt up from the mattress.

That's when I discovered I'd done my back in.

I'm sure there some of you who will think that I probably deserved it. Maybe my realignment was only half-done. Maybe I should have been more respectful of whoever it was on the tape. Maybe he really was a higher spiritual being with a message of fulfilment I was too undeveloped to hear yet. Or maybe it was just the lumpy crystals in that mattress, plus an excess of tension from having to listen to so much gobbledegook. 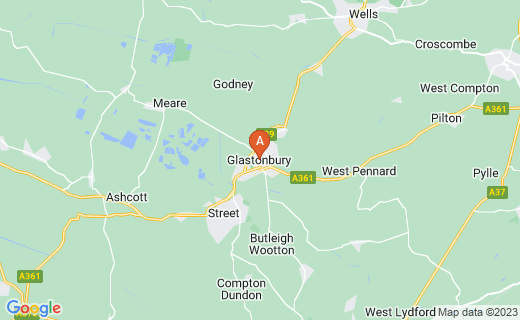